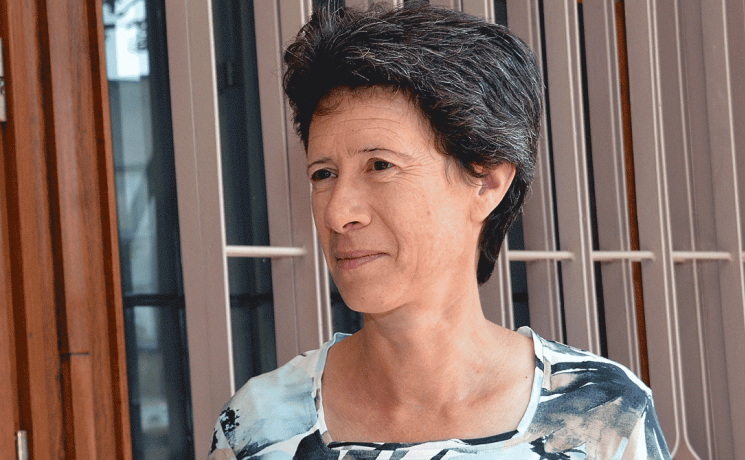 BUDAPEST, Hungary/ GENEVA, 20 July 2015 (LWI) - The international Lutheran-Roman Catholic Dialogue Commission is meeting in Budapest, Hungary, from 15 to 21 July. The commission is made up of members of the Lutheran World Foundation and the Pontifical Council for promoting Christian unity. The topic of the meeting, in which 20 theologians are participating, is common ground and differences in the understanding of baptism.

Lutheran World Information spoke to Eva-Maria Faber, Catholic Professor for Dogmatics and Fundamental Theology at the Theological University of Chur (Switzerland) on the state of the dialogue and the joint commemoration of the Reformation in 2017.

LWI: In your view, what are the most important steps in the 50 years of Lutheran-Catholic dialogue?

Prof. Faber: The most important step is probably the first one, without which nothing would have followed: the readiness to encounter one another and to discover our common faith. There was confidence that the churches would very soon find their way to greater fellowship – these hopes have been partly fulfilled, but not in every respect. A further remarkable step, in 1983, was the document, Martin Luther: Witness to Jesus Christ, marking the 500th anniversary of the birth of Martin Luther. More recently I regard the Joint Declaration on the Doctrine of Justification as one of the most important steps because this is the first time that an ecumenical dialogue document has been officially received. That means the respective Church leadership declared that the document was an authentic expression of our common faith so that it now belongs to the doctrinal documents of both churches. That meant a fresh start in our common doctrinal tradition.

How did the publication of From Conflict to Communion contribute to this dialogue?

From Conflict to Communion has now been translated into seven languages. Why do you think it is so popular in the respective churches?

While other ecumenical documents follow a theological agenda, this is a document that relates to an upcoming occasion. That naturally attracts attention, above all when it is an occasion that has such weight as the Reformation anniversary. The practical imperatives at the end of the document were certainly conducive to the positive reception of the document.

How does the global Catholic-Lutheran dialogue take up the challenges churches face at the congregational level?

This is often an underlying question, as is the issue of how to deal with the unmistakable differences between ecumenical practice in the local communities and the official ecumenical rules. However, a theological dialogue commission has its own momentum, in that it pursues theological questions. The church leadership bodies have commissioned it to do so. We should, of course, keep in mind that this activity is sometimes far away from the daily events in the church. We nevertheless hope that dialogues can also impact practically on congregational life.

In what direction will the Lutheran-Catholic dialogue develop in future?

We must become more aware of how much the continuing church division represents a fundamental and dismaying defect for each of our churches. Realizing this should change our lists of priorities. Steps towards more tangible unity, eg towards more visible Eucharistic fellowship, may be deficient as long as we have not clarified all theological questions and resolved the differences. But staying in division is also deficient and could have serious consequences.

What does the joint Reformation commemoration in 2017 mean to you?

I hope that the reconciled fellowship between different churches can grow, thanks to the anniversary. I cherish the same hope for 2019 when we in Zürich celebrate the 500th anniversary of the Reformation in Switzerland.

A liturgy to share what “unites us”
news
test news