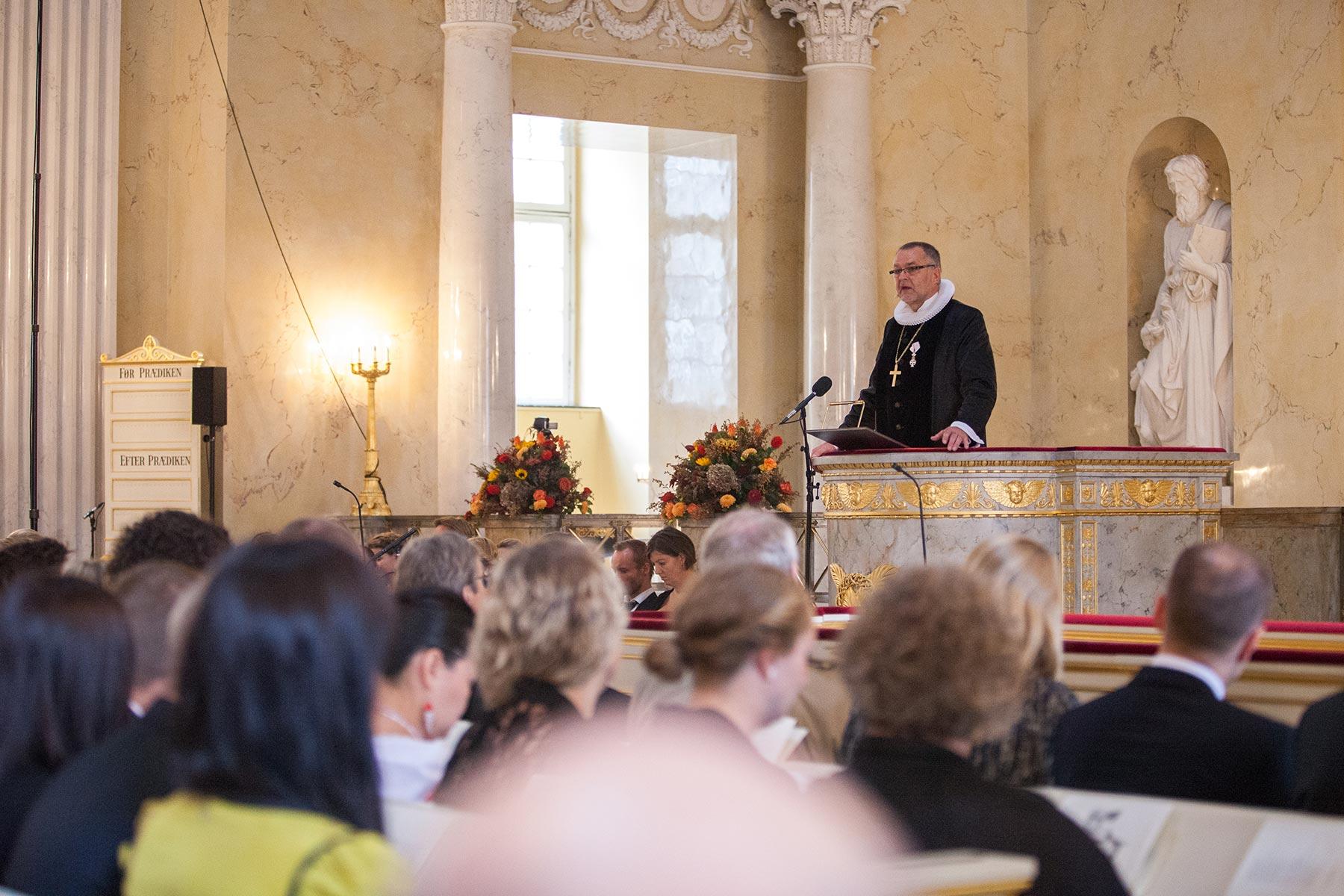 The Evangelical Lutheran Church in Denmark is opposing a draft law that would require all religious sermons to be translated into Danish. Here, Bishop Henning Toft Bro preaches at the State Opening of the Danish Parliament. Photo: Diocese of Aalborg

(LWI) - The Evangelical Lutheran Church in Denmark has raised concerns about proposed legislation that would require all religious sermons to be translated into Danish. In an open letter to government leaders, the Church’s Council on International Relations says the draft law will create “suspicion and marginalization” of minority groups and “could pave the way for religious harassment.”

In the letter, sent to Danish Prime Minister Mette Frederiksen and Church Affairs Minister Joy Morgensen, church leaders say the planned law marks “the latest in a series of bills that […] send negative political signals about the role of religion in society,” suggesting that “religious practice is an obstacle to integration into an open and pluralistic society.”

Warning that these developments “undermine the freedoms on which our common society is based,” the church leaders say the legislation would weaken the “integration that the bill is supposed to strengthen.” The Danish parliament is due to debate the proposed law in February. If passed, it would require all sermons and other speeches made in a liturgical context to be delivered in Danish or made available in translation.

This proposed legislation is contrary to specific provisions of the freedom of religion or belief, enshrined in international human rights law

The Lutheran World Federation (LWF) General Secretary Rev. Dr Martin Junge reiterated these concerns on 26 January, writing to Danish government leaders that: “This proposed legislation is contrary to specific provisions of the freedom of religion or belief, enshrined in international human rights law.”

In a letter to the prime minister, written on behalf of the LWF’s global communion of 148 member churches, Junge notes that, “while the intention of the bill may be to promote greater transparency and accountability from religious communities, the ultimate effect is likely to contradict these objectives.”

Such a law, he says, would not only impose “an extra financial and logistical burden on religious communities,” but also risk “enabling discrimination, prejudice and negative public sentiment against minority religions.” Junge points to “several cases in which Lutheran churches in minority situations have been victims of such legislation,” highlighting concerns that “the proposed bill will encourage and further escalate the adoption of similar restrictive measures globally.”

In his letter, the LWF leader urges Denmark to “set a good example” for other countries, “to reconsider the direction the proposed bill is taking and to discuss with a wide spectrum of religious communities in Denmark other appropriate approaches and solutions.” Such action, he adds, would provide “a unique opportunity to foster cohesion […] communication and cooperation among minority and majority religions.”

The Lutheran leader’s letter echoes the words of an appeal from Denmark’s National Council of Churches which represents sixteen different Christian denominations. In a similar message to the prime minister, the Council says the proposed legislation is not only “a violation of the Danish tradition of freedom and diversity,” but also “against the Lutheran tradition which always emphasizes the importance of the mother tongue.”

The Council adds that under the proposed law, Christian denominations including “the Catholic, Orthodox and Anglican churches, the German and French Reformed churches and also a wide range of free churches and migrant communities” will be “placed under suspicion.” Over 74 percent of the population belongs to the Evangelical Lutheran Church in Denmark.

The Commission of Bishops’ Conferences of the European Union (COMECE), representing Catholic Churches in the bloc’s 27 member countries, has also issued a statement calling for dialogue between Denmark’s public authorities and the country’s churches and religious communities. When devising “anti-radicalization and anti-terrorism policies,” the statement says, EU member states “should take into account that the EU Counter-terrorism agenda itself underlines that ‘freedom of religion is among the foundations of the European Union.”