CSW66: Women must lead the way out of climate crisis 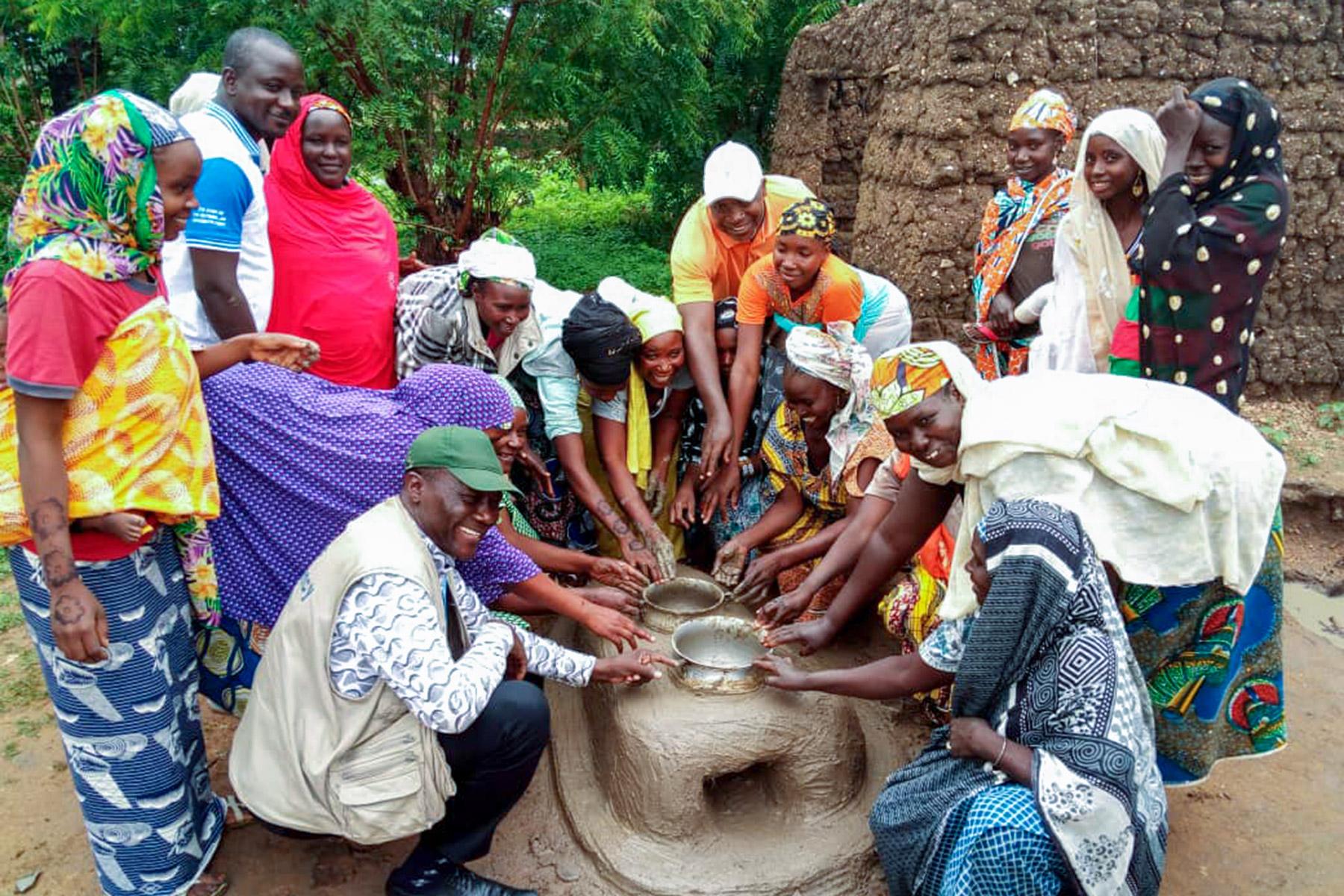 (LWI) - Women may be more likely to die in climate related disasters, but they are also increasingly driving the movement for cleaner energy sources and more sustainable ways of living. During a panel discussion at the UN’s 66th Commission on the Status of Women (CSW), Lutheran leaders from Africa, Europe and the U.S. called for women’s knowledge and experience to take center stage in all decision making about tackling the climate crisis.

The event, hosted by the Lutheran World Federation (LWF) and the Evangelical Lutheran Church in America (ELCA), also showcased the way young people are already taking action to make sure women’s voices are heard in the places where key environmental policies and programs are determined. Entitled ‘Women on the Frontlines of Climate Change Adaptation and Mitigation’, the event ended with a call "to get climate finance into the hands of women farmers and entrepreneurs” in order to make progress towards meeting the goals of the 2015 Paris Agreement.

Statistics show that women are 14 times more likely than men to lose their lives when natural disasters strike. They are also much more likely to be displaced by the increasing droughts, fires and flooding that destroy homes and livelihoods. But even those women who survive are much more vulnerable to the damaging effects of climate change, as LWF General Secretary Rev. Anne Burghardt stressed in her opening remarks. In much of the developing world, she said, “women and girls are primarily responsible for collecting water and firewood. With increased droughts, they have to walk longer distances, often increasing their risk to sexual and gender-based violence.”

Burghardt pointed to ways in which the LWF has been working at global and local levels to promote sustainable and equitable climate financing for practical solutions. Success stories, she said, include supporting women to become solar cell engineers, installing photovoltaic panels in impoverished areas, as well as preserving endangered flora through innovative livelihoods projects. As a global communion of churches involved in humanitarian and development work, she insisted, LWF seeks to uphold the rights and dignity of all human beings, rooting these activities “in our faith tradition.”

Leading the discussion from a government perspective was Christina Chan, senior adaptation advisor to John Kerry, the U.S. Special Presidential Envoy for Climate Change. She noted the need, not only to bring women to the decision-making table, but if necessary “to move the room to where women are.” She affirmed her government’s commitment to achieving the goals outlined in the President’s Emergency Plan for Adaptation and Resilience (PREPARE) which was launched at COP26. This includes provisions to make sure women and girls have access and knowledge to make better decisions, to support locally-led decision making for development and to mobilize resources to support those already working on adaptation and mitigation measures.

Environmental engineer Abdoul Aziz, who serves as an LWF project coordinator in northern Cameroon, shared his grassroots experience of working with women and girls who walk long distances to gather firewood which is in increasingly short supply in the region. He has been training women in Minawao refugee camp in the use of solar-powered ovens, as well as the production of energy-efficient stoves and ecological charcoal made with biomass. Aziz explained how women are also engaged in tree-planting activities using innovative ‘cocoon’ technology to preserve precious water supplies and to fertilize the surrounding soil.

Speaking from a global perspective, LWF’s Program Executive for Youth Savanna Sullivan shared her experience of leading a large delegation of young climate activists to the COP26 summit in Glasgow last November. Young people, she stressed, will bear the brunt of the climate crisis, with young women continuing to suffer in a doubly disproportionate way from the effects of global warming. She gave examples of young women in the COP delegation taking creative action to communicate the urgency of the crisis, including the production of video clips on TikTok and a presentation on work with Indigenous communities living just south of the Arctic Circle in Canada.

ELCA’s first African-American female bishop, Rev. Patricia Davenport stressed the way the climate emergency is part of a wider crisis of moral and spiritual values, where decisions are based on the desire for constant economic growth. “A pivot is needed,” she said, adding that advancing gender equality in the area of climate justice will also bring results across a variety of other sectors including health, food security and poverty reduction. “We can care for creation and care for one another because God has equipped us to do so,” she insisted.

ELCA’s director of public policy Regina Banks said that governments and decision makers must listen to the stories of women who are striving to combine their environmental concerns with the practical challenges of their family and work life. Attending COP26, she added, was “paradigm shifting” as she connected with others working in grass roots communities to build a momentum for change at national and global level.

Faith leaders must inspire others by modelling long-term engagement for intergenerational climate justice.

LWF’s Head of Global Advocacy Isaiah Toroitich stressed that “the climate crisis is coming on top of existing vulnerabilities and inequalities,” negating the effects of progress made towards upholding people’s dignity and human rights. "We are still way below what is needed to achieve what we agreed in Paris to keep global warming below the 1.5° target,” he said, adding that the “catastrophic impacts” will continue to disproportionately affect women and girls unless “gender transformative action” can be stepped up.

The event concluded with a strong call to action from Nora Antonsen, leader of the Church of Norway’s Youth Council and member of the LWF delegation at COP26. Though her country is often seen as a success story in terms of gender equality, she noted that “few women are present in the transport and oil sectors.” Studies show that women globally are more concerned about the climate crisis and are more likely to support policies to reduce emissions, yet only about 10 percent of world leaders at COP26 were women, she pointed out. In the lead up to the next climate summit, she urged governments to increase funding for women already spearheading solutions and she called on faith leaders to inspire others by modelling “long-term engagement for intergenerational climate justice.”

The Lutheran World Federation has been accredited to CSW since 1952 and has a delegation of over 80 people from different parts of the globe participating in this year’s hybrid event. Working closely with the Lutheran Office for World Community at the UN in New York, delegates partner with governments, ecumenical and civil society colleagues to highlight the vital role that faith actors play in promoting women’s empowerment, combating violence and discrimination to achieve greater gender equality at local, national and international levels.