“From the cross comes life” 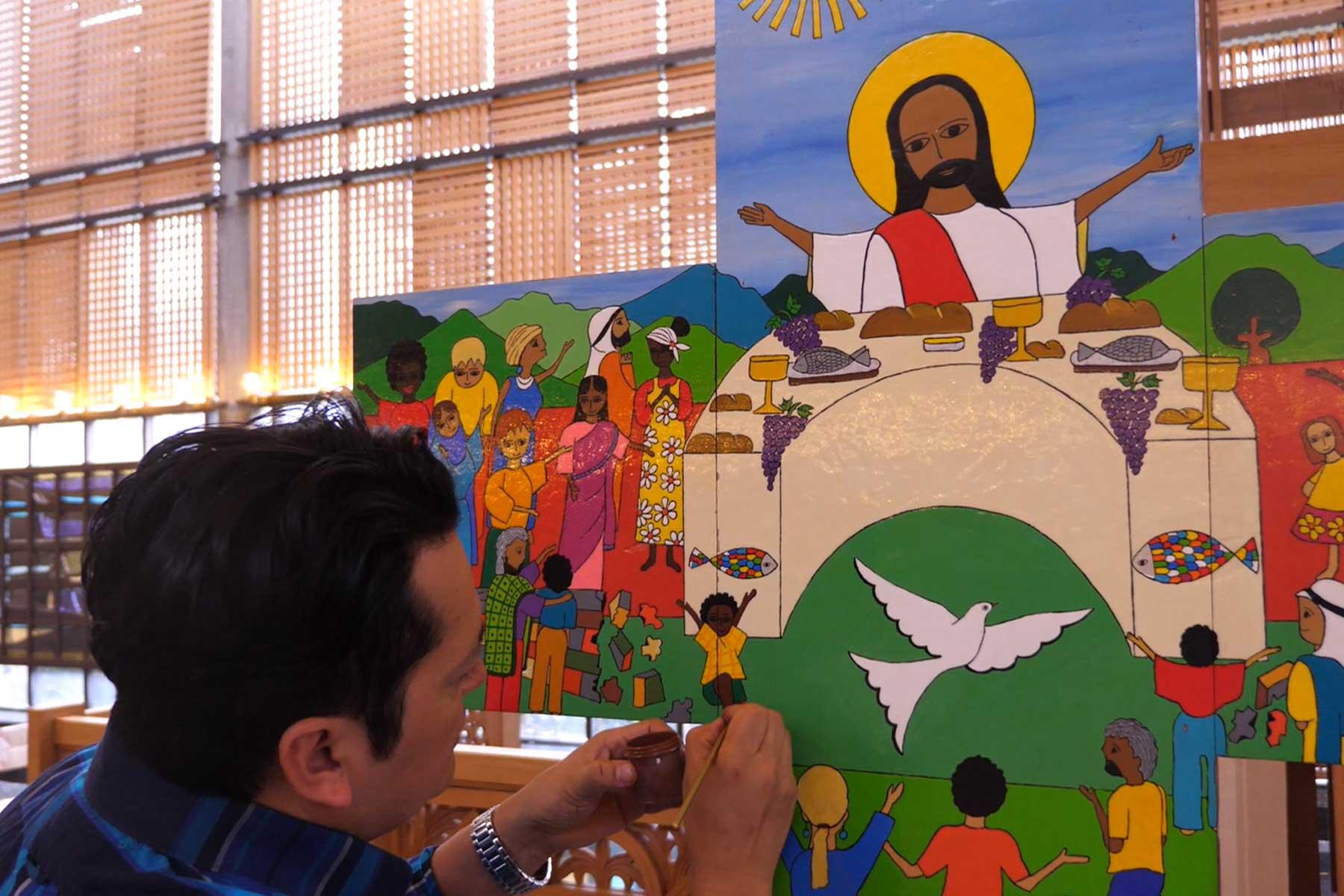 (LWI) - It seems like a contradiction: The cross on which Jesus died on Good Friday and the bright, colorful crosses from El Salvador. One such cross – the Lund cross – is known worldwide because of the Joint Catholic-Lutheran Commemoration of the Reformation in Lund, Sweden. It was painted for that occasion by Christian Chavarría, an artist from El Salvador.

Chavarría has experienced the effects of war himself. He was a child when his siblings were killed in the Salvadoran civil war and his family fled to Honduras. As an eight-year-old in the refugee camp he started painting. As an adolescent, he was sent to Sweden, and spent three years in Northern Europe as a refugee, before returning to his home country and setting up his workshop with the help of the Lutheran church. This has inspired his art.

Life comes from the cross for us. The cross reminds us that jesus died for us - but also, that he has risen.

When the Lund cross was placed in the chapel of the Ecumenical center in Geneva, Chavarría participated and in an interview with LWI he explains the meaning and symbolism of the colorful crosses from El Salvador.

For us “life comes from the cross,” he says. “The cross reminds us that Jesus died for us - but also, that he has risen.”