At the end of the first week of COP27, negotiations at COP27 and governments’ commitments are insufficient to achieve the required goals, say LWF’s delegates who have engaged in several advocacy and networking actions in Egypt. 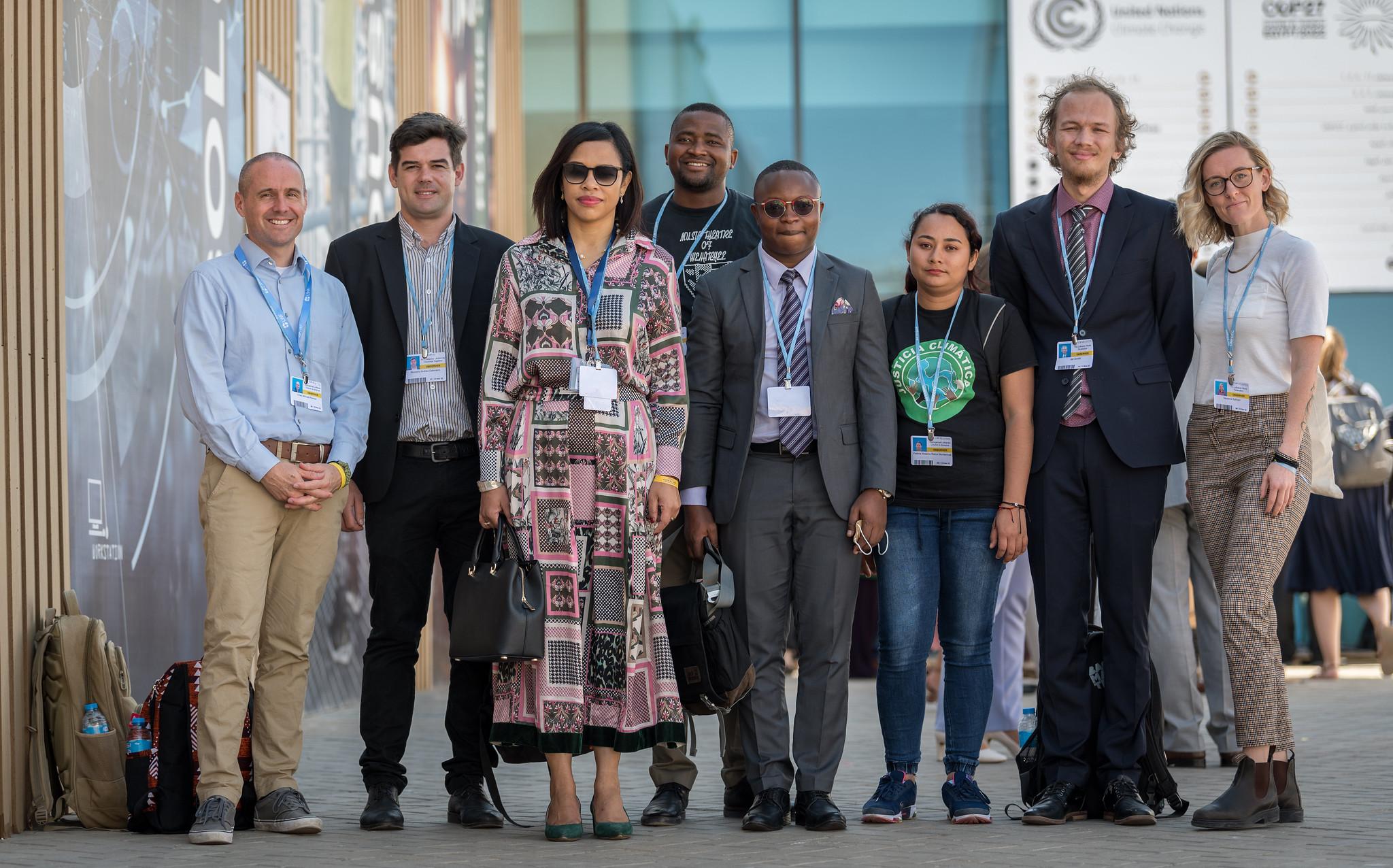 LWF delegates to COP27 met with Vahinala Raharinirina, director of the president’s cabinet of Madagascar, to reach out to the government to promote climate and social justice in the country. Photo: LWF/Albin Hillert

Mixed conclusions at the end of the first week

(LWI) – The first week at the UN climate change conference COP27 has been filled with advocacy engagements, experiences, and insights for the delegation of The Lutheran World Federation (LWF). They say that much more ambition from governments is needed to make COP27 a success.

“Led by young people of faith, our LWF delegation is committed to solidarity with the most vulnerable. We made that call clear with stunts, social media, and talks to negotiators. We pray that this call will enter the ears and hearts of the delegates in the second week. The time to act is now!” said Janika Wehmann from the Evangelical Lutheran Church in Württemberg, Germany.

Currently, negotiations at COP27 and governments’ commitments are insufficient to achieve the required goals. According to the Climate Action Tracker, efforts to reduce greenhouse gas emissions are off track, and global warming is projected to reach 2.7°C. In addition, the government pledges to finance loss and damage – the consequences of climate change that go beyond what people can adapt to – are also much lower than requested in the LWF advocacy calls.

In addition to following negotiations at COP27, LWF delegates have engaged in several advocacy and networking actions.

At the conference venue at Sharm el-Sheikh, the LWF delegation commended the Children and Youth Pavillion, which is part of the COP venue for the first time. Here Maro Maua from the Kenya Evangelical Lutheran Church took the stage and presented the projects promoting climate justice and awareness he developed in his hometown Mombasa.

Fatima Reina from the Lutheran Church in El Salvador participated in an intergenerational dialogue initiated by Climate YES. The LWF was one of the partners establishing this ecumenical network during last year’s COP26 in Glasgow. It aims to strengthen joint efforts for climate justice by young people.

They met with Dr. Vahinala Raharinirina, director of the president’s cabinet of Madagascar, who acknowledged the initiative taken by the Malagasy Lutheran Church to reach out to the government to promote climate and social justice in the country.

“Having a round table discussion with negotiators and government officials created the space to present our COP27 call for action on behalf of the LWF,” said Maro Maua. “It also created an avenue for possible partnerships between government agencies and ministries and local member churches.”

Taking the church-initiated climate justice and reforestation work to a new level, Romario Dohmann from the Evangelical Church of the River Plate initiated an agreement with José Gervasio Malagrida, Minister for Climate Change of the Misiones province in Argentina. The agreement was signed at COP27 on 12 November. It is the first of its kind between a church organization and a government ministry. The agreement aims to promote the exchange of knowledge and experience between different generations, particularly in the conservation and sustainable use of natural resources. Education, leadership capacity, youth and gender play an essential role.

COP27: A small step in the right direction
news
tt