COP26: LWF Delegates “disappointed but not disheartened by the lack of results” 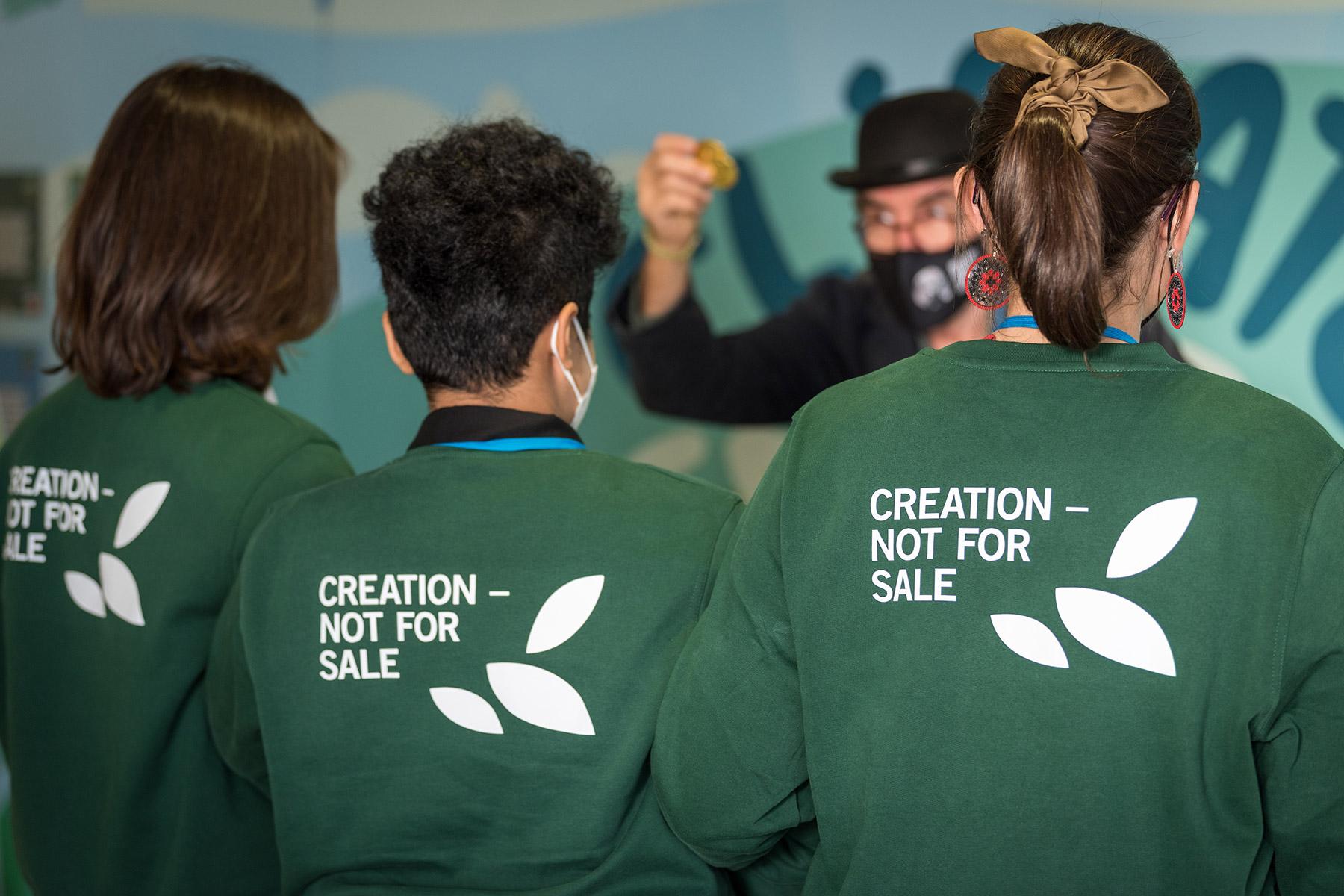 COP26 has concluded, but the LWF will continue to advocate for climate and intergenerational justice and creation care. Photo: LWF/Albin Hillert

(LWI) – While there have been some positive outcomes to the UN climate conference COP26, the path to climate justice is still very long.

“As people of faith, we are disappointed but not disheartened by the lack of results from COP26,” say delegates from The Lutheran World Federation (LWF) in their evaluation of the conference. “As partners in the ecumenical movement, we will continue to care for creation, work for climate justice, and stand with the most vulnerable. We call on churches worldwide to keep raising their voices for creation and climate justice.”

Advocacy for climate and intergenerational justice

“The closing text from Glasgow expresses alarm and utmost concern that human activities have caused around 1.1°C of global warming to date. Unfortunately, the decision regarding the utilization of coal power puts the goal of limiting global warming to 1.5°C at high risk,” says Elena Cedillo, LWF’s Program Executive for Climate Justice. “The targets governments set themselves for reducing emissions by 2030 remain inadequate and will take us on a trajectory to reach 2.4°C of global warming by 2050.” She emphasizes the urgent need for countries to raise the climate commitments through their Nationally Determined Contributions (NDCs).

Currently, the NDCs submitted reduce CO2 emissions by only 7.5 percent. To limit global warming to 1.5°C as set out in the Paris Agreement, a reduction of 55 percent is required by 2030.

“Young people will continue to call for more ambitious targets to ‘keep 1.5 degrees’ alive and implore world leaders to stop selling off their future,” says Savanna Sullivan, LWF’s Program Executive for Youth. “Youth activists took to the streets of Glasgow to demand world leaders do their job. Youth demand both more robust climate policies and more space at the negotiating and decision-making tables for structurally marginalized leaders – including youth leaders.”

Also, Cedillo regards as a positive outcome of COP26 that the vital role of indigenous peoples and local communities to avert, minimize, and address loss and damage associated with climate change’s adverse effects is acknowledged. Nevertheless, governments should not forget that loss and damage require urgent action and adequate funds to respond to the needs of the people affected.

Continued engagement together with member churches

Since 2011, young people have been leading LWF’s engagement at the UN climate conferences. This year the youth delegation was bigger than ever before and included 32 delegates from all regions. Most participated online, while a few could travel to Glasgow to attend in person.

“They did amazing work, using social media to call attention and push for ambitious results of the climate negotiations,” says Cedillo. They also participated as panelists in side events during COP26, raising voices about the situation in their own countries and how the climate crisis is affecting their communities. Also, they worked very actively within the ecumenical delegation.

Around 46 percent of LWF’s membership is in countries facing the greatest challenges of the climate crisis.

While the negotiations at COP26 have concluded, LWF’s advocacy actions will continue at a national and regional level. “It is up to governments now to deliver more ambitious NDCs,” says Cedillo. “At the same time, we should be vigilant for the implementation of the current NDCs submitted. These plans are important, but their implementation is crucial.”

The LWF will support its member churches in their advocacy at the national and regional levels. “LWF’s member churches are closely connected to communities affected by climate change,” Says Cedillo. “Around 46 percent of LWF’s membership is in countries facing the greatest challenges of the climate crisis.”

A prayer for creation by LWF youth delegates to COP26