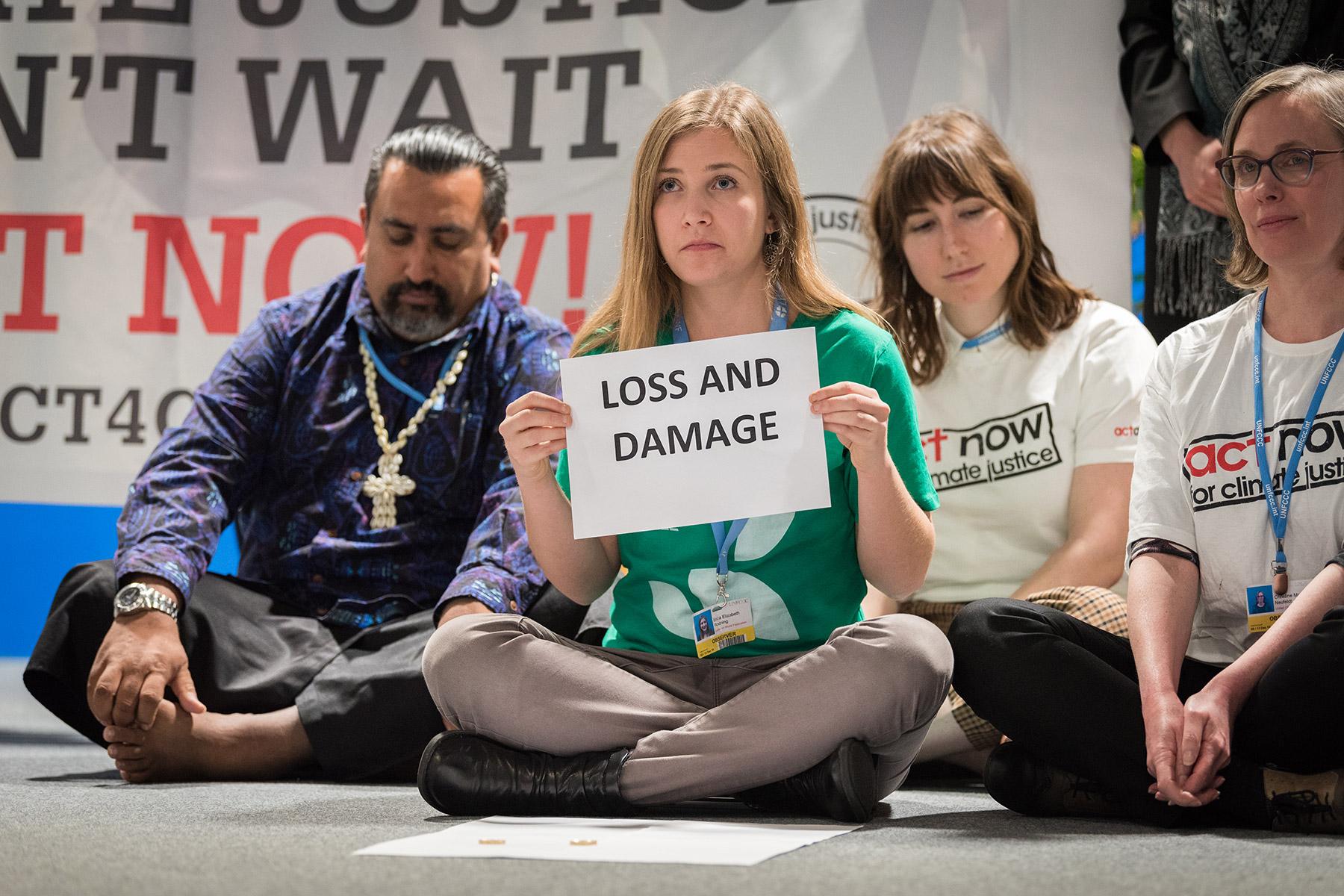 Erika Rodning from the Evangelical Lutheran Church in Canada illustrates the lack of balance in finance of the global climate response during a stunt at COP25 in Madrid, Spain. Most of the finance is put into mitigation, some into adaptation, but very little into loss and damage, even though âthat's where the people are

Call to sign a petition addressed at COP presidency

(LWI) – The Lutheran World Federation (LWF), with the Global Action and Prayer Chain for Climate Justice, is calling on governments to ramp up their efforts and commitments to limit global warming to 1.5°C.

LWF member churches and individuals are invited to sign a petition addressed to the UN climate summit. It will be delivered in Glasgow in November.

“The climate crisis is already affecting millions of people. As people of faith, we stand with the most vulnerable and advocate for their human rights and the care for creation worldwide,” said Elena Cedillo, LWF Program Executive for Climate Justice.

“Governments can act decisively in a crisis”

“The current COVID-19 crisis has shown clearly that governments can act decisively in a crisis if they choose to do so,” the petition states. “The climate crisis is not going away and without urgent action could cause catastrophic harms.”

With the window of opportunity to limit global warming to 1.5°C rapidly closing, the petition calls on governments to

“The petition will be handed over to the presidency at an event with several faith traditions during COP26 in Glasgow,” added Cedillo.