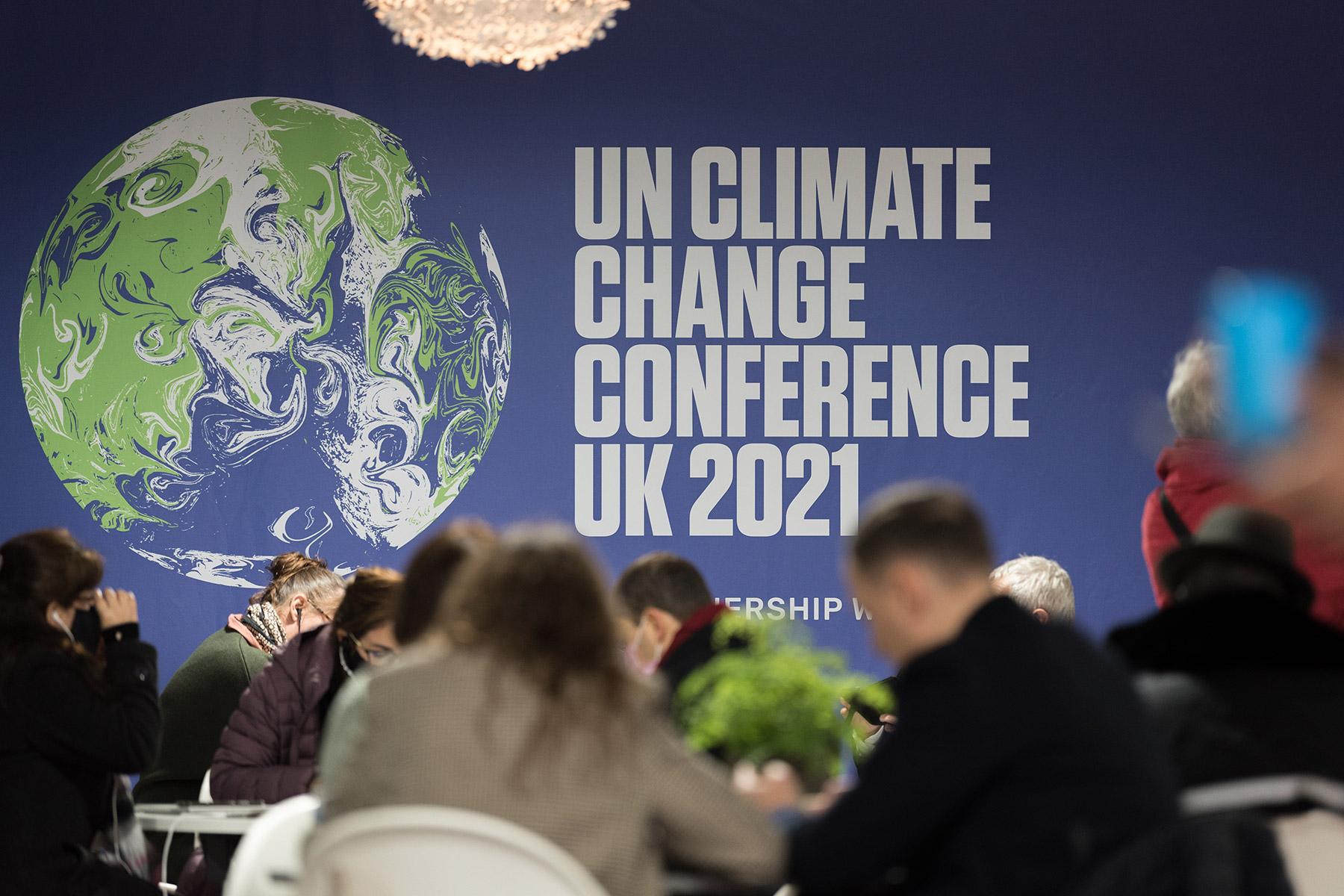 Mitigation, adaption and addressing loss and damage must be financed

(LWI) – The UN climate conference COP26 enters into its decisive phase this week. Leaders from The Lutheran World Federation (LWF) member churches worldwide and their ecumenical partners have urged negotiators to limit global warming by “keeping 1.5 alive” and commit to concrete efforts to ensure climate justice for the most vulnerable.

Archbishop Antje Jackelén from the Church of Sweden and LWF Vice-President for the Nordic countries joined faith representatives and climate activists at COP26. Together with Sheikh Hassan Rabbani, Imam and Muslim Chaplain at Heriot-Watt University and the chair of the Scottish Muslim Forum, and thousands of other actors from civil society, she participated in a climate march. She spoke with political leaders, urging them to commit to higher ambition towards climate action.

During an ecumenical service in Glasgow Cathedral, Jackelén prayed: “We thank you, Lord, for the enthusiasm and vision within the merging generation of young people. Rightly they see the threat to their future and the future of their children. Grant that the commitments of COP26 may set a new corrected course for all humanity that will lead to a more fulfilled life for them and the generations that follow.”

“The climate crisis is also a spiritual crisis,” said Jackelén. “We need to tackle the anxieties of young people around the world as well as the guilt that older people can feel these days.” Intergenerational justice and gender justice are vital parts of handling the climate emergency.

Angelious Michael from the Jeypore Evangelical Lutheran Church is part of the National Council of Churches in India (NCCI) Working Group on Ecological Justice that drafted a declaration addressed at COP26 delegates, faith communities, world leaders, and other stakeholders. The NCCI has 76 members, including protestant and orthodox confessions and several national organizations.

The NCCI calls for “urgent and responsible actions to be taken at COP26” to reduce CO2 emissions. Also, it urges developed nations to “minimize carbon pressure on poorest countries” and design “alternative sustainable models of energy production”. Zero-emission and green economies should be developed as a “high priority” to replace fossil fuels.

The NCCI calls on decision-makers to take “urgent action to prevent the loss and damage caused by climate change”. They must stop “climate induced migration and displacement and minimize mining projects that harm the forest, water, air, and soil and largely affect forest communities”; and ensure the life and livelihood of indigenous communities “through adequate compensation”.

As a faith community, the NCCI commits to “place life over lifestyle” and “pray, meditate and reflect upon God’s commandment to recreate and restore God’s creation and care for other human beings.” In addition, its member churches pledge to “turn all our churches into Green Churches by 2030” by becoming energy-efficient and plastic-free. They will “advocate for a climate justice and climate-resilient society”, network for a “better and sustainable future for the next generations”, and raise “pressure for accountability”.

On behalf of the Lutheran Synod of the Protestant Church in the Netherlands, Rev. Dr. Andreas Wöhle presented a video statement.

Wöhle urged church and world leaders to “take concrete actions at COP26 to limit global warming to 1.5 degrees.” Climate-induced loss and damage must be “averted, minimized and addressed”, particularly regarding the most vulnerable communities in the Global South that are disproportionally affected by climate change. The synod urged developed countries to “provide just and adequate financial support to these communities” to effect adaptation and mitigation measures for climate change.

“Include the voices from left-out communities that cannot be heard at COP,” Wöhle urged, as “COVID-19 restrictions, inequitable access to vaccines, and changing requirements have left many from vulnerable communities in the South unable to reach COP26 in Glasgow.”

“Voices from the youth must be taken into account to achieve intergenerational justice,” Wöhle said. “We urge you to not only hear but truly engage with young generations since climate change primarily affects their future.”

In a joint press release, the four protestant and catholic churches in the German state of Baden Württemberg have called on industrialized countries to “assume their historical responsibility”. Among them is the Evangelical Lutheran Church in Württemberg.

Frank Otfried July, Leading Bishop of the Evangelical Lutheran Church in Württemberg and LWF Council member, said: “We welcome the fact that the German government significantly increased its contribution to climate financing for poorer countries as recently as June of this year. This will facilitate important projects to prevent emissions and adapt to climate change in the countries of the Global South.”

Nevertheless, through their partnerships, the churches learn “a lot about the effects of climate change firsthand and consider what we can do together”, the churches state. “In the face of this threatening global situation, we call on the German government to advocate for consistent implementation of the 1.5-degree target in Glasgow and for building structures that make vulnerable countries more resilient to climate change.”

During extreme weather events, the churches have repeatedly provided humanitarian aid to their partner churches in the Global South.