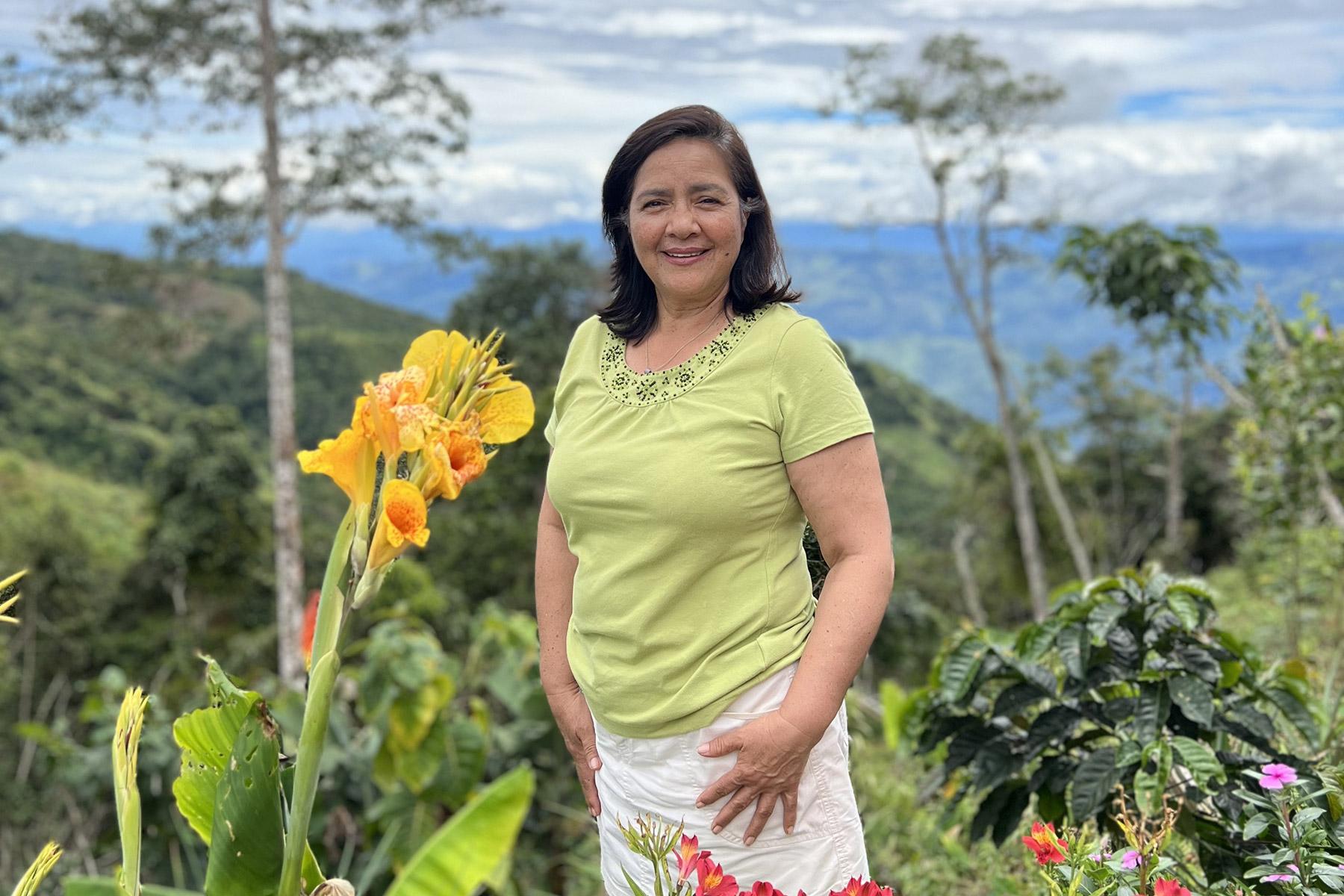 Elizabeth Arciniegas of the Evangelical Lutheran Church of Colombia, a coordinator of the Women and Gender Justice Network for Latin America and the Caribbean. Photo: IELCO

(LWI) - Elizabeth Arciniegas of the Evangelical Lutheran Church of Colombia (IELCO) serves as one of three co-coordinators of the Women and Gender Justice Network for Latin America and the Caribbean (LAC). She serves with Ángela Trejo Hager of the Mexican Lutheran Church and Ofelia Dávila of the Lutheran Church of Peru.

In this interview, Arciniegas talks about where she finds strength in Scripture to do her work, as she calls for the entire church to commit to justice and equity for women.

What was your religious or faith formation as a child?

I was born in a small town in the north of Boyacá called El Cocuy. El Cocuy is one of the first places Christian missionaries visited. Originally, the missionaries were Catholics and then the state religion was Catholic up until the political violence of the 1940s in Colombia. During that period Protestants, as Evangelicals were called, were persecuted. Because my parents were both Protestants and held liberal political views, their house was burned down when I was young.

Often this time in history is remembered for the political unrest, but there were religious aspects as well that are not highlighted.

Inequality of the religions at that time meant that Protestants had separate cemeteries and schools. For this reason, I studied in an Evangelical school because it would have been difficult for me in a public school. I would have been bullied for not having ashes on my head or not knowing the Catholic prayers.

One of my earliest and fondest memories is of a Lutheran missionary, a pastor who lived behind our house, and he had a green truck that he used to make pastoral visits.

What is the situation of religion today?

Today the constitution does not claim a state religion.

Thanks be to God, today we have the freedom to worship as we want and wherever we want. It is much easier than when I was a child.  The Evangelical Lutheran Church of Colombia is a bridge, of sorts, in ecumenical relations within the community. In many ways, much of the work that we do as a church is to reconcile relationships with our brothers and sisters in the Catholic church, and in other denominations.

Tell us about the work of ordained and lay women in the church.

The Lutheran Church of Colombia has been ordaining women since 1993, Rev. Consuelo Preciado was the first woman ordained to the ministry by our church. Ordaining women is important not only to comply with numbers and ratios, or to practice what we believe is theologically correct, but also to have more and wider spaces in the life of the people, of the members of the church. We have come a long way, thank God. I hope that more women will decide to study theology and to continue sharing the faith, because that is also very important in the life of the congregation.  For example, when you have a woman pastor with whom you can talk, with whom you can converse, that gives women confidence to speak.

As a lay leader, I refer to the words of Paul.  When he says that “in Christ there is no longer male, nor female, nor Jew, nor Greek, because in Christ we are all new creatures and made in his image, sons and daughters of God,” that gives me hope. In Colombia there are many women who participate in lay leadership in education, in the direction of the theological school and in the coordination of projects and programs, to name a few areas.

Who are the church actors in gender justice?

Gender justice is really going to happen when all people recognize that some people of the body of Christ need to set aside their privileges so that the other, less privileged people can participate in the work of God. The gender justice movement has identified the barriers and obstacles that we have been fighting against and now we use this knowledge as a tool to remove those barriers, little by little. Sometimes, in this work, we may stumble and fall, but we rise again and keep moving forward. When both men and women recognize these barriers, we can walk together and pave a smooth road for everyone.  The book of Acts tells us that "God shows no favoritism among people.”

What does it mean for your church, your work, you to be a part of the communion of churches?

Being part of the communion means that I am walking with others in solidarity; I care for them, and they care for me - like one body.