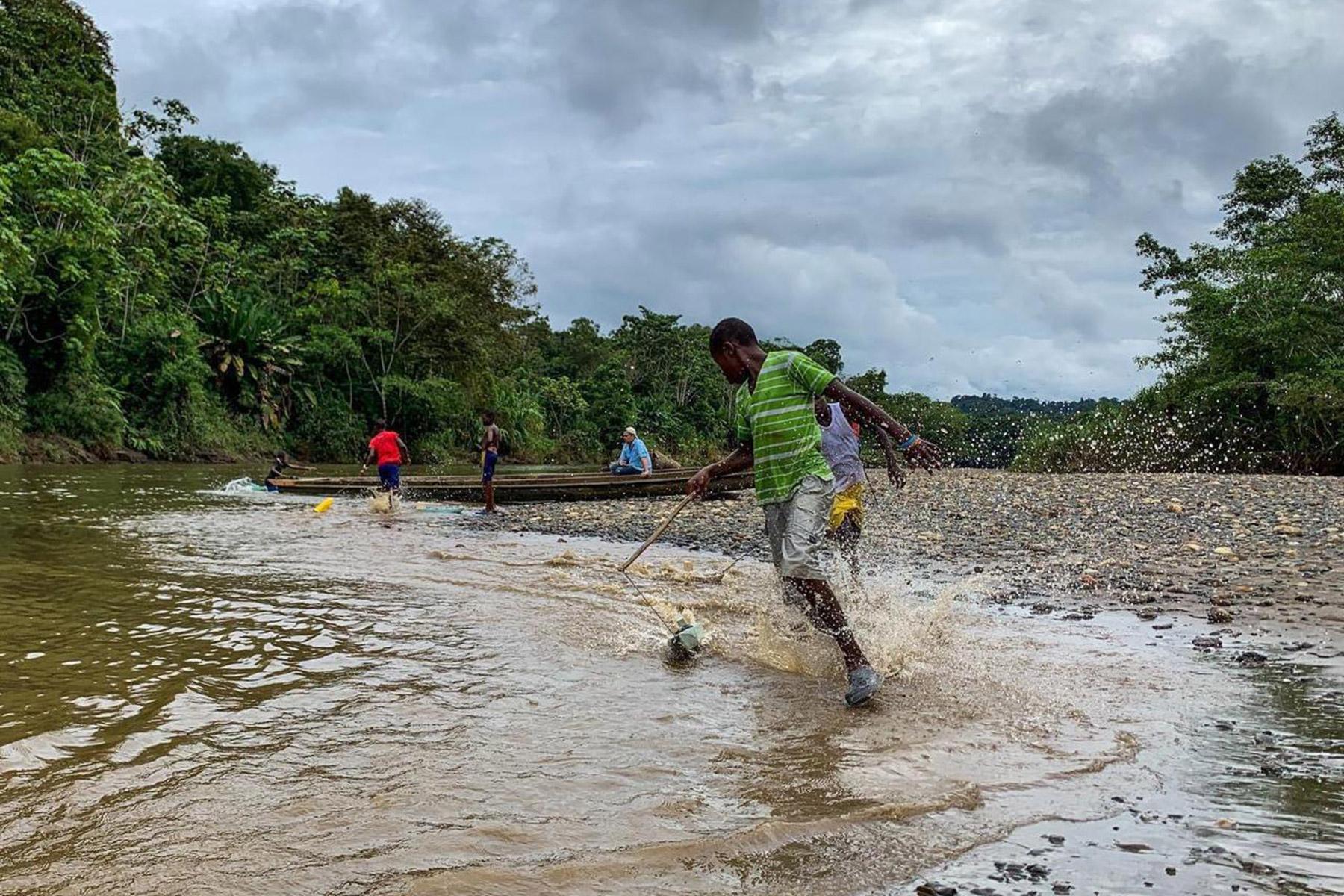 Youth playing at the bank of the RÃ­o Pogue, Atrato. Photo: LWF Columbia

(LWI) - In 2016, the Colombian Constitutional Court ruled that the Atrato River in the country’s northwestern Departamento del Chocó needs better care and is “subject to the rights that implicate its protection, conservation, maintenance and in this specific case, restoration.” The ruling also calls out the state on its neglectful behavior and orders that the river be cleaned up.

At a recent webinar, communities affected by this landmark ruling shared its implications for their lives. The webinar was held to commemorate the fifth anniversary of the Paris Agreement. It was hosted by The Lutheran World Federation and featured partners, including the UN Environment Program (UNEP), Climate Alliance Europe, FIAN Colombia, Community Council COCOMOPOCA, Choco Indigenous Roundtable, and COICA.

“This ruling is symbolic – not only for the environment. It is the first time that the Constitutional Court welcomed a new framework of rights, called biocultural rights,” explained Elena Cedillo, LWFs Program Executive for Climate Justice, who moderated the webinar. “This relation is essential for ethnic communities, especially in Chocó.”

Atrato Basin is basis for many livelihoods

Nixon Chamorro, Guardian of the Atrato for the Chocó Indigenous Roundtable, explained that approximately 96 percent of land in Chocó is subject to collective land titles belonging to Indigenous peoples and Afro-descendant communities. The Atrato Basin, a significant hotspot for biodiversity, has been degraded by extractive mining operations, causing pollution and deforestation, which negatively affect the well-being, health, and livelihoods of the local communities. Illegal armed groups infringe on the natural resources of the region and terrorize the local population.

In 2018, a Community of Guardians, comprising six women and eight men from local indigenous and Afro-Columbian communities, was established to safeguard the rights of the Atrato River and its peoples, and promote the implementation of the court ruling. Maryury Mosquera represents the Community Council COCOMOPOCA in this Collegial Body and presented examples of its extensive advocacy and educational work to raise awareness both among authorities and among local communities.

The Atrato River’s importance to food security and livelihoods for the local communities was described by Juan Carlos Morales González from FIAN International, an organization working to eradicate the root causes of hunger and malnutrition. “Up to the 1990ies, the Atrato Basin provided the basis for the local communities' food production,” he said. “This includes fish, wildlife, and agriculture, but also extends to the traditional knowledge of the people such as medical knowledge and how to utilize different types of plants.”

He pointed out that international support and accompaniment were essential to promote the right to food and to install the regeneration measures needed.

Harol Rincon Ipuchima emphasized that “human beings are part of nature, not above it.” He is an indigenous leader of the Maguta people and spoke for Coordinadora de las Organizaciones Indígenas de la Cuenca Amazónica (Indigenous Organizations of the Amazon Basin, COICA). He explained that creation and spirituality are closely interconnected and urged that “the division between human beings and nature must be overcome” to ensure respectful and sustainable use of natural resources.

Human beings are part of nature, not above it.

Musonda Mumba, Chief of the Terrestrial Ecosystems Unit of the UN Environment Program (UNEP), pointed towards the UN Decade on Ecosystem Restoration that is a rallying call for the protection and revival of ecosystems all around the world, for the benefit of people and nature. “It aims to halt the degradation of ecosystems and restore them to achieve global goals,” Mumba said. “Only with healthy ecosystems can we enhance people’s livelihoods, counteract climate change, and stop the collapse of biodiversity.”