A Clear and Compelling Need to Save Mediterranean Refugees 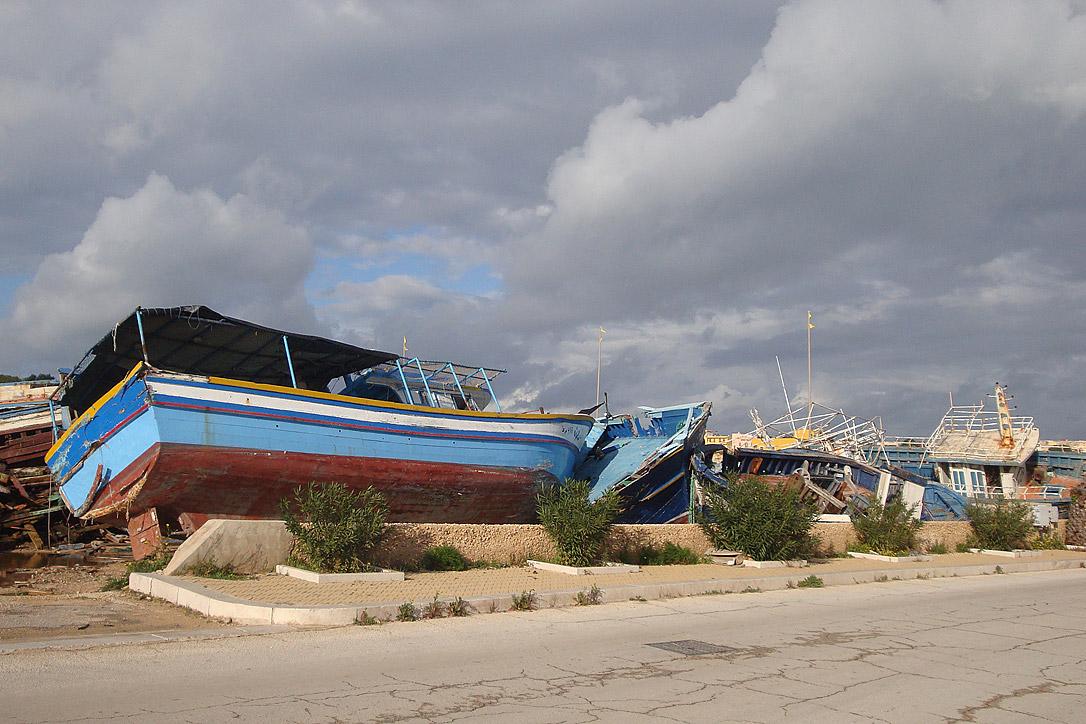 Vessels used to transport migrants across the Mediterranean Sea lie rotting and decayed in a shipsâ graveyard on the Italian island of Lampedusa. Photo: CCME/Franca di Lecce

(LWI) – Shocked and sickened by massive loss of life among desperate people seeking to cross the Mediterranean Sea to find refuge in Europe, The Lutheran World Federation (LWF) has appealed to its member churches in the region to urge their governments to adopt Europe-wide life-saving actions.

The need for such efforts “is clear and compelling,” LWF General Secretary Rev. Martin wrote to the churches. He called on them to appeal to their governments to urge the European Union to increase search and rescue efforts for migrants at sea in an effective and meaningful way. Legal and safe pathways also need to be developed for refugees to get to Europe by increasing refugee resettlement and lifting visa requirements, he said in a 20 April letter to the churches.

The LWF leader noted that the recent death toll from two boats alone could be as high as 1,000 people. According to the United Nations High Commissioner for Refugees (UNHCR) more than 36,000 refugees and migrants have arrived in southern Europe by boat this year.

Junge said people are desperate to flee war and persecution in the Middle East, particularly Syria’s four-year conflict, which has forced millions from their homes. Others are escaping severe human rights violations in Eritrea and Sudan.

“Still others are fleeing, not from persecution, but seeking to escape grinding poverty,” Junge said.

He said concern for refugees is deeply rooted within the LWF because so many Lutherans have histories as refugees. At the end of the Second World War, one out of every six Lutherans was a refugee or displaced person. Lutherans worldwide helped provide relief, and it is out of this effort that the LWF was founded.

LWF continues to operate major programs to assist refugees and other displaced persons and this work is at the core of LWF’s witness “of which you are an important and integral part,” Junge told the European churches.

He reaffirmed LWF’s profound commitment towards displaced people, reiterating that the LWF Council in 2011 expressed concern that many wealthy countries were “‘not offering as generous a welcome as they could to vulnerable people who have been forced to flee their homes. This can be a matter of life and death, as is now seen with migrants drowning in the Mediterranean.’”

The general secretary expressed sadness “that those words are as timely today as they were four years ago.”

The LWF appeal is being coordinated with the Churches’ Commission for Migrants in Europe (CCME) and the Conference of European Churches (CEC).