Churches must join forces to combat crime of human trafficking 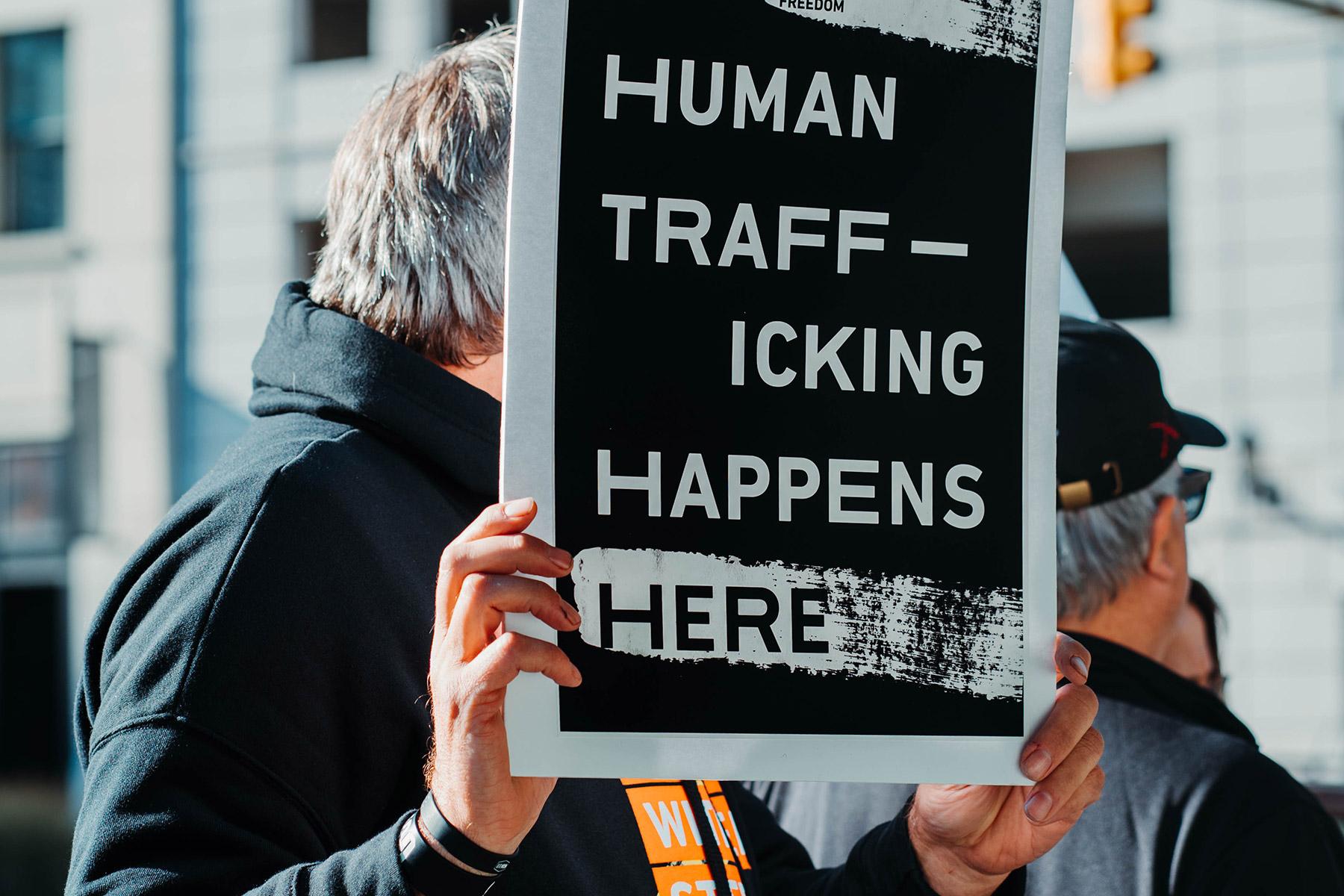 (LWI) - On the UN’s World Day Against Trafficking in Persons, survivors shared stories of escaping from their traffickers and helping others to find hope in the wake of such deeply traumatic experiences. The Asian women were part of a webinar entitled ‘Stop the Flow: End Human Trafficking,’ organized by the Lutheran World Federation (LWF) in partnership with the World Council of Churches (WCC).

The 30 July event highlighted the importance of listening to the voices of trafficked victims who are often ignored, stigmatized and re-traumatized by inhumane legal and law enforcement procedures if they attempt to denounce their traffickers. Moderator Ruth Mathen, from the Christian Conference of Asia, noted that this crime against humanity has seen a sharp increase in recent months, as COVID-19 has left large numbers of girls and young women out of school or out of work and thus more vulnerable to trafficking gangs.

The webinar showcased the work that churches are already doing to support survivors and called for stronger coordination to prevent young people from falling prey to the traffickers. It featured the work of two spoken word artists and activists from Jamaica and Korea who are committed to spreading awareness about the dangers of human trafficking. Hearing-impaired preacher, Rev. Mary Chipoka from the Reformed Church of Zimbabwe, opened with a short sermon in sign language about the female slave in Acts 16, whom Paul frees from captivity and is imprisoned because “her owners realized that their hope of making money was gone.”

Life with Dignity for survivors in Cambodia

Ms Veasna Heang, Program Head with the Cambodian ‘Life with Dignity’ organization, spoke about the profound physical and psychological consequences of trafficking which often lead survivors to despair and suicide. Children of impoverished families in Cambodia are particularly at risk, she noted, with many sold into slavery as street vendors or beggars on the streets of Thailand and Vietnam. Victims of sex trafficking are often forced to take drugs, she said, so that they will be more compliant, engaging in more risky behavior and exploited by a larger number of abusers.

Heang, herself a trafficking survivor, noted that combating stigma is another major challenge for those seeking to support victims and their families. Those who manage to escape and return to their places of origin are often blamed and rejected by family members or communities for failing to bring back the money that the traffickers had promised. Life with Dignity, which originated in 1979 as Lutheran World Service Cambodia, supports vulnerable rural communities in over 330 villages across six western and central provinces.

One young Cambodian woman, who is supported by Life with Dignity, shared her story of being lured by traffickers into China to escape from a violent husband. Two Filippino women also talked about their experiences of being trafficked to work in Malaysia and Japan. One told of being tricked into marrying a Japanese man who raped her, beat her and deprived her of food if she refused his advances. Like many other survivors, who prefer to remain anonymous to protect themselves and their families, she suffers from severe post-traumatic stress disorder as she seeks justice and is forced to recall her ordeals.

Empowering women in the Philippines

Both the Filippino women have been supported by an organization called the Batis Center for Women, based in Quezon City. The Center began as a drop-in shelter for survivors who had been trafficked and exploited as ‘entertainers’ in Japan and had no protection or support when they returned to their home country. Batis offers an airport reception service, psycho-social support and family integration counseling for survivors, as well as skills training and economic assistance to help trafficked women build new lives for themselves and their families.

One of the Batis Center’s directors, Ms. Andrea Luisa Anolin, shared other best practices which include human rights training and empowerment programs for women. During the COVID-19 pandemic, she added, the Center has been expanding its services to provide emergency assistance to survivors and support their children to help them continue with homeschooling programs.

Symbols of Hope in Nigeria

Rev. Emmanuel Gabriel, from The Lutheran Church of Christ in Nigeria (LCCN), is national coordinator for Symbols of Hope in his country, an LWF initiative which empowers churches to respond to irregular migration and human trafficking in their context. Besides awareness-raising, the LCCN supports potential migrants and returnees, including victims of human trafficking, with psycho-social counseling and livelihoods activities. Gabriel noted that Nigeria is one of the countries with the highest numbers of trafficked victims, some of whom are sold into slavery by their own families or communities. Even churches, he said, can be complicit in persuading young people to believe the traffickers’ promises of good jobs and easy income.

He said the churches should “advocate from the pulpit,” raising awareness about the dangers, as well as “challenging governments that do not give justice to survivors.” Anolin urged churches to continue to support the life-saving work of small organizations like the Batis Center, which “touch so many people’s lives with healing and hope.” Poverty, corruption and lack of law enforcement are among the root causes of this crime in all parts of the world, the speakers said. Therefore it is vital for support organizations to leverage the potential of their networks to build capacity and strengthen prevention work among those most at risk.