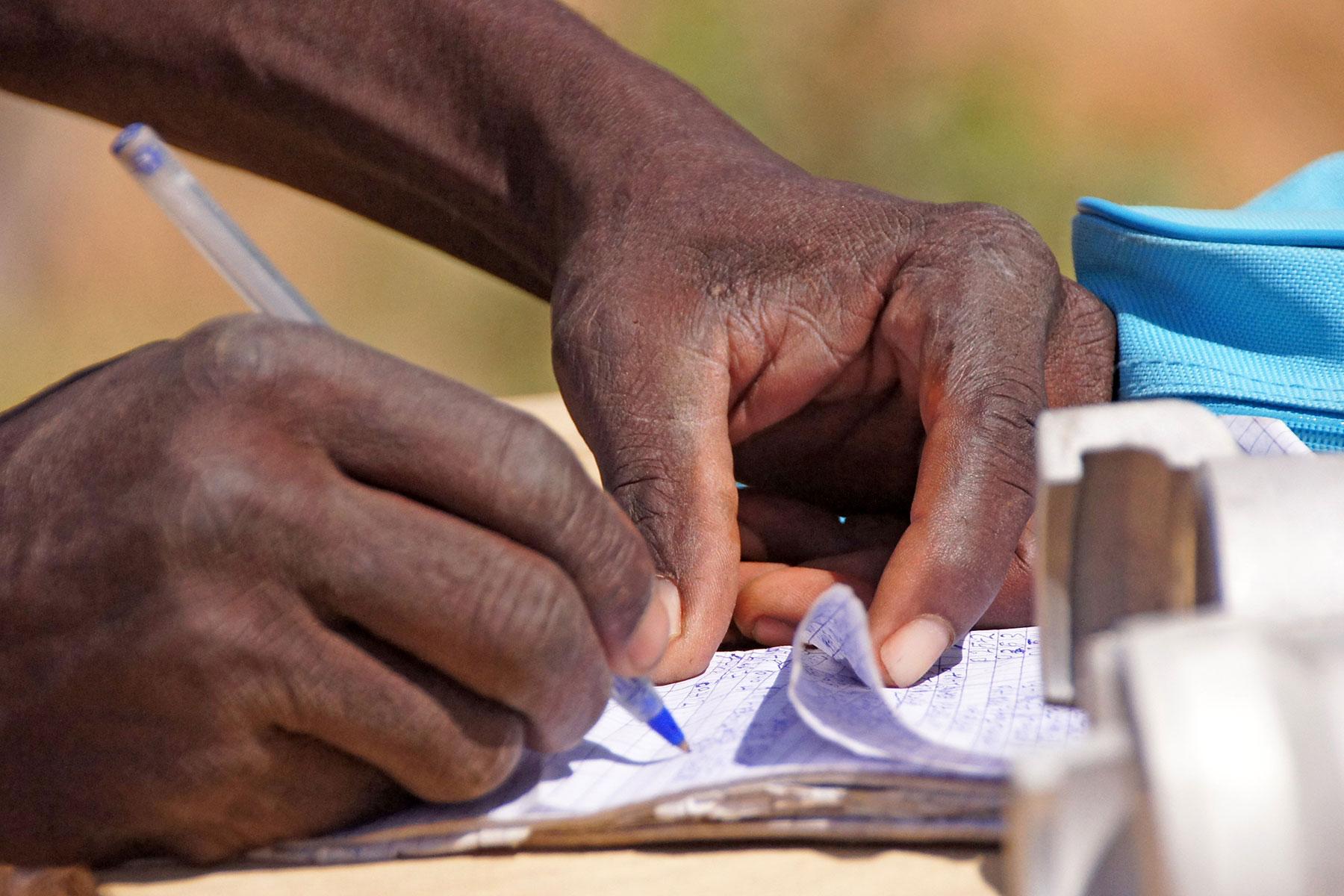 Christian churches call on the G20 to reform the international taxation system to provide resources for âglobal public goods and the protection of ecosystems.â In the photo, an LWF refugee staff member from Nigeria checks water and sanitation provision at a refugee camp in North Cameroon: Photo: LWF/C. KÃ¤stner

(LWI) - The Lutheran World Federation (LWF) has joined Christian churches and ecumenical organizations in urging the G20 group of wealthy nations to adopt a radical reform of the international taxation system. In a letter addressed to G20 finance ministers meeting in Venice on 9 July, members of the ecumenical Zaccheus Tax campaign set out five proposals which, they say, will "offer a pathway out of deficit and debt to a more equitable and sustainable future."

The letter is co-signed by the LWF in partnership with the World Council of Churches, the World Communion of Reformed Churches, the World Methodist Council and the Council for World Mission, all of which are part of the NIFEA (New International Financial and Economic Architecture) platform. Representing more than half a billion Christians worldwide, the organizations say they believe that "it has never been more urgent and necessary to fix our broken global tax system."

In the context of the COVID-19 pandemic, the letter says that rich countries have spent over 35 percent of their Gross Domestic Product (GDP) on responding to the health emergency, as well as supporting employment and businesses. By contrast, it notes that low-income countries have been able to spend only "a meagre 6 percent of their GDP on fighting the pandemic" and "protecting their citizens." Furthermore, it stresses that resources to initiate and accelerate life-saving vaccination programs “are sorely lacking.”

The letter acknowledges recent efforts by the international community at tax reform, not least the G7 proposal for a 15% global corporate minimum tax. Yet despite its characterization as a development “of historical significance,” the letter says the proposal is “underwhelming,” since it is much lower than the 25% rate called for by the Independent Commission for the Reform of International Corporate Taxation (ICRICT) and it is unfair for poor countries that do not house headquarters of multinational corporations.

The letter spells out proposals including the enactment of progressive wealth taxes at global and national levels, measures to stop to tax evasion and avoidance by multinationals and affluent individuals, progressive carbon and pollution taxes to restrain harmful emissions and raise revenues for investment in renewable energy and the implementation of a financial transaction tax on trade in equities, bonds, currencies and derivatives to curb harmful speculative activities. Proceeds from these measures, the letter says, “would be allocated towards global public goods and the protection of our ecosystems, as well as towards reparations for slavery and other historical injustices.”

Those that are benefitting from the crisis ought to shoulder the bulk of the financial burden to pay for the recovery.

The letter concludes with a call for a COVID-19 windfall tax or excess profit tax on the super-wealthy, equity and hedge funds, and multinational, e-commerce, and digital corporations that are realizing even greater returns during pandemic times. “Those that are benefitting from the crisis,” the ecumenical organizations insist, “ought to shoulder the bulk of the financial burden to pay for the recovery.”