Cameroon: Answering the call to serve the church 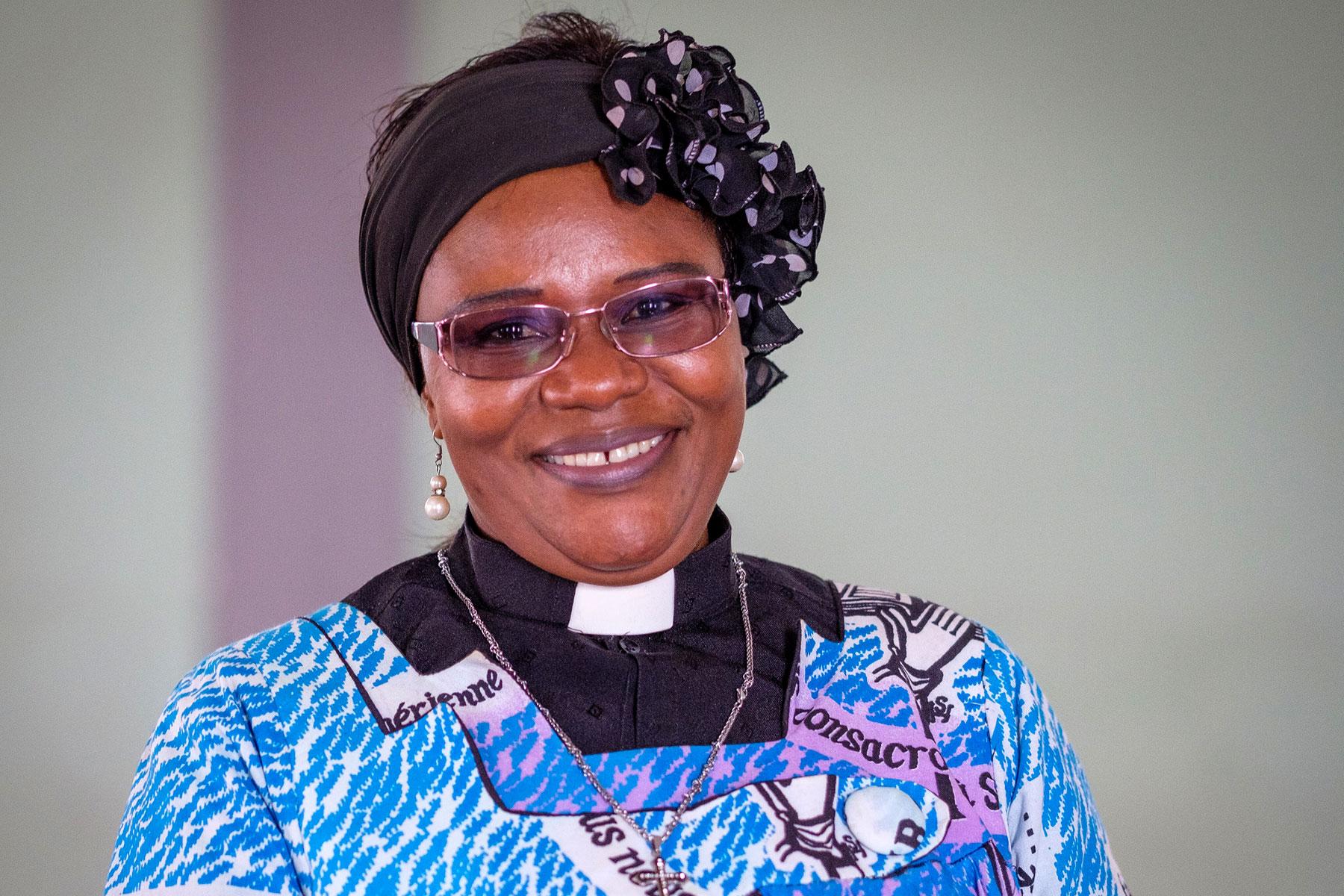 Rev. Dr Jeannette Ada Epse Maina is pictured at the 2018 LWF Council meeting in Geneva. The LWF Council meets yearly and is the highest authority of the LWF between assemblies. It consists of the President, the Chairperson of the Finance Committee, and 48 members from LWF member churches in seven regions. Photo: Albin Hillert/LWF

(LWI) - Elected to serve as the Lutheran World Federation (LWF) Vice President for Africa during the 2017 LWF Twelfth Assembly in Namibia, Rev. Dr Jeannette Ada Epse Maina talks about what she has learned during her tenure as vice president and how being a part of the communion has served her church and region.

Ada Maina is an ordained minister of the Evangelical Lutheran Church of Cameroon (ELCC) and was part of a recent delegation visiting The Lutheran Church of Christ in Nigeria (LCCN) during its 97th Annual National Convention in Adamawa State, Nigeria last month. Ada Maina is a graduate of the Protestant University of Central Africa in Yaoundé, Cameroon. She was a leader of the ELCC women’s fellowship for nine years.

What was your religious life growing up as a child?

My father was a pastor, so I was extremely active in the church. I enjoyed singing in the choir and doing sketches. I was always in church with him and had the opportunity to learn about my faith from him and the congregation.

What advice do you give young women who want to enter leadership in the church?

They are fully human beings first. Being a woman does not mean that you are useless and that your place is in the back of the room. We are servants equal to men because God calls us both to serve as humans. Women and youth who hear the call of God should answer that call.

What have you learned in your role as LWF Vice President for Africa?

I have learned that being a woman and a leader is not a simple thing in the church. From the example of others, women must be courageous and self-confident to do what they are called to do. In African and patriarchal traditions, it is intimidating for women to be in leadership in front of bishops – this is not easy. Initially, when I was elected vice president for Africa, there were bishops in my country and in my region who did not trust that I could do the work as vice president.

After one year in the position of vice president, a bishop approached me and apologized. He explained that when I was elected, he had doubts that I could do the work and didn’t understand why I was chosen. But he said, “you are doing well, congratulations and thank you for your leadership.” I know that if we trust ourselves and our abilities to do what God called us to do, we will succeed. Another aspect I learned was the variety of engagement among leadership in the region. Some leaders are very engaged, and we [LWF] work with them, then there are those who are slightly engaged and then, still there are those who are silent – and with the silent ones we try to encourage them to become engaged, we try to reiterate that their participation is valued.

You recently attended the convention of the LCCN. How has that strengthened relations among churches in the African region?

The invitation by the LCCN was a terrific opportunity and occasion for the ELCC and the Evangelical Lutheran Church in Sierra Leone. These churches, together with the LCCN, shared many experiences and we learned from each other. We worshipped and prayed together and had biblical studies. More than six thousand people gathered under the sun for the Gospel in Adamawa State at the convention. I have never seen so many people willing to sacrifice in the heat like I did during this convention. The Holy Spirit was moving among us.

The convention was very fruitful, and the outcome of this gathering is exciting. I agree with ELCC Bishop Rev. Dr Jean Baiguele when he said that we will share what has happened in Adamawa with the ELCC church council and see how to continue the relationship and extend it to other member churches in the region.

We would like other churches in the region to experience visits of this type with learning and sharing that will further contribute to the unity of churches in Africa and mutual support of leaders in the church.

How is being in the LWF global communion important for the ministry in Cameroon?

The LWF communion is very important for the ELCC. It is with the support of the LWF that the ELCC could participate in this convention. This support strengthens new leadership, allowing them to witness strengths and share in their challenges. New and sustainable ministries will come from this witness. This is not just a benefit for the ELCC but for other member churches, as well.

“God is present and suffering with the people”
news