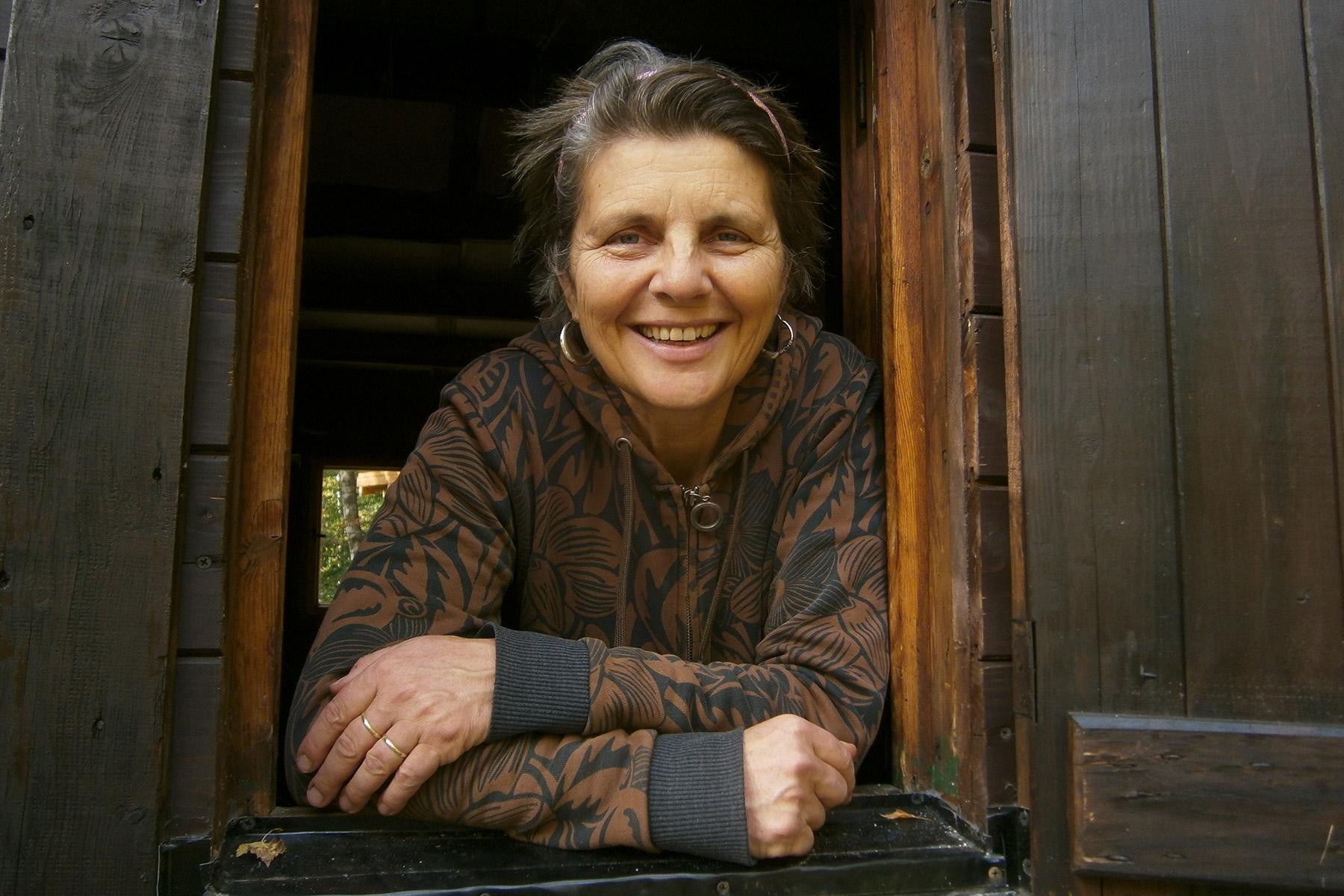 Alena FendrychovÃ¡, Evangelical Church of Czech Brethren, and a member of the âSolidarity Groupâ that coordinates the LWF European diaconal process. Photo: Private

(LWI) - In a country with “only very few refugees and migrants” but a rhetoric that they are a threat to society, Evangelical Church of Czech Brethren social worker Alena Fendrychová explains how conviviality – the art and practice of living together – is helping to break this stereotype.

Fendrychová is a member of the “Solidarity Group” of diaconal practitioners in The Lutheran World Federation (LWF) member churches in Europe. They coordinate the “Seeking Conviviality” diaconal process, ongoing in the region since 2010.

In this interview, she talks about Café Obýváček, whose work is featured in one of four storybooks that are the latest results of the LWF European Diaconal Process

It is actually a living room, Obýváček, in Czech language, located in the Žižkov neighborhood of the capital city Prague. The café is one large cozy room in the Church of Czech Brethren building, on a street level that is easily accessible from the outside. It was started in 2017.

What is special about this place?

Firstly, it is a place where everyone is welcome. It is open for meetings every Wednesday afternoon. The goal is to help build relationships between the local people and refugees or migrants, who do not have many other possibilities of meeting each other in informal meetings. The café is part of the diaconal work of the Evangelical Church of Czech Brethren. Our daily work is supported by volunteers.

Unfortunately, the Czech public still hears mostly negative stories and comments about migrants and refugees and this is reflected in the relationships between the locals and foreigners. It is a society that is deeply divided on welcoming both refugees and migrants. Politicians and political parties, much like in other European countries, misuse the topic to arouse public fear and hostility. Yet the situation here is quite different. For many years, the number of newly arriving refugees has been very low. For example, in 2018, the country registered only very few refugees and migrants. Out of the 1,702 asylum seekers, 165 were granted international protection (UNHCR).

In a country of 10.6 million people, this means that most Czech people do not have a chance to meet refugees or other immigrants. Since they lack the experience of a different culture, language or religion, they are likely to be more willing to believe in a great deal of the misinformation and fake news circulating in the public domain including media. Distrust and often hatred are most often directed toward Muslims while the vast majority of Czechs have never knowingly met a person who is Muslim. On the other hand, social isolation and the lack of participation in community life also threaten the wellbeing of refugees and immigrants.

How are the meetings at the café organized?

We meet every Wednesday afternoon. The program is structured around daily life topics, with the goal to connect the different people irrespective of their nationality, age, religion, culture and so on. We mostly speak in Czech. We encourage people to share about education in their countries, their childhood and family, important cultural and religious practices and ceremonies, and so forth. We try to avoid political issues, and when they come up, we offer a moderate approach.

On religious holidays for Christians and Muslims, participants have an opportunity to present their faith, what we have in common, the similarities and differences. During summer we can spend our time in our wonderful garden, and we organize trips outside the city.

Before meetings were scaled back due to the COVID-19 pandemic, around 40 people had visited the café, with about six to ten turning up each week. The regular Czech participants include people from the Žižkov diaconal center, other Prague congregations and the public in the neighborhood. For example, one man heard about the café on a radio interview in 2017 and he has been visiting since. On average, people from 12 countries have frequented the café.

How does Café Obýváček relate to your Christian faith perspective?

The key understanding for our work is rooted in the biblical text: “When God created humankind, he made them in the likeness of God (Gen. 5:1b).” This means that every person is a creature of God, that no one should be discriminated because of their religion or other differences.

In our society there is lack of hospitality toward refugees, who are successfully pictured by many politicians as a security threat, but also towards immigrants, who are generally perceived only as a useful labor force, which means they should return home after their work is done. Driven by this biblical text, we wanted to create a safe, hospitable place, where everyone is welcomed, regardless of language, religion or political opinions. We find it especially important to invite church members to the group where people from a Muslim background are also present.

From our experience in the congregations, the opinion of many church members on foreigners is not very different from that of the average person in society. Many congregation members, who are otherwise empathetic towards the needy and open to other people, tend to fear Muslims and avoid any contact with them. I was quite happy that we could change at least a little of this negative approach by organizing various meetings of Czechs and newcomers through Café Obýváček.

This experience of conviviality—sharing meals, thoughts and opinions—could help them perceive others as equal, regardless of the label given by nationality, social status or religion.

The café should be a good place where people from diverse faiths and nonbelievers can meet, have a good time, give and receive, and try to establish some kind of relationship. This experience of conviviality—sharing meals, thoughts and opinions—could help them perceive others as equal, regardless of the label given by nationality, social status or religion. This experience could also support their everyday life when they encounter diversity and differences.

Many personal friendships have developed between Czechs and migrants and between migrants themselves.

What drew you to church social work?

When I was 16 years old, my then future husband brought me to a Czech Brethren congregation in Prague. It was quite a strange place for me as a person coming from an atheist family. But soon I grew into the church and the gospel message of serving the neighbor became an integral part of my life. I served as a presbyter in our congregation for 20 years, and I made lot of close friends in the church.

My early studies were not in social work but music, in piano and conducting. Family life soon came in, and I chose to stay at home to raise my children, until school age. I went back to the university to specialize in social and pastoral work. Then I started a new career in the church diakonia unit, working with refugees and migrants.

For me, the convivial approach is an excellent remedy for an environment in which the theme of migration is abused for political purposes.

What has it meant for you to be part of the Seeking Conviviality process?

It has been very enriching to see and become inspired by the many other diaconal projects by LWF member churches in Europe. Experiences in the Solidarity Group gave me courage to organize the Café Obýváček meetings, as well as new perspectives as a social worker.

I really appreciate the emphasis of the convivial approach: that we do not treat the people we work with as clients that we care for, but as partners from whom we can learn a lot.

Read more about Café Obýváček in the publication Conviviality with People on the Move. It is one of the four storybooks featuring the latest fruits of the LWF European Diaconal Process, carried out in collaboration with the International Academy for Diaconia and Social Action (interdiac). Under theme “Seeking Conviviality,” stories in the booklets demonstrate how the art and practice of living together is transforming churches’ approach to diakonia.

Since 2010, diaconal actors in LWF's member churches in Europe have been searching ways to express the core meaning of diakonia in relation to increasing diversity and growing inequality in society. The diaconal activities among churches in the three LWF regions – Central Eastern Europe, Central Western Europe and Nordic countries – continue to affirm diversity, being open and making a contribution to public discourse and policy.

Living together in times of fragmentation
news
tt
test news