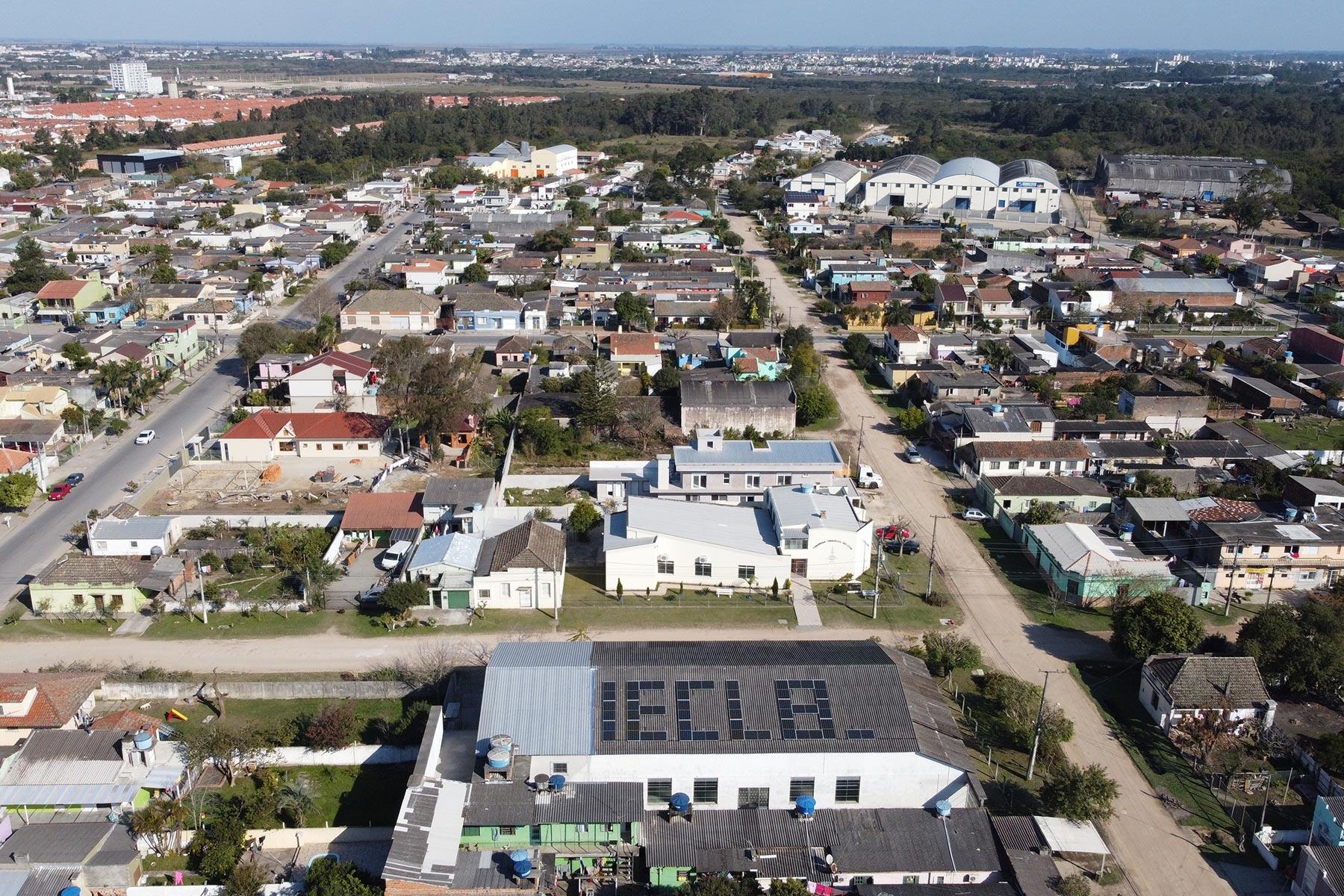 Care for creation and pastoral work go hand in hand

(LWI) - By generating solar power, a congregation of the Evangelical Church of the Lutheran Confession in Brazil (IECLB) in the city of Pelotas has reduced its environmental impact and will generate funds for its pastoral work.

The Comunidade São Lucas de Pelotas in the south of Brazil is stepping up its care for creation by making it an integral part of its pastoral program. The installation of solar panels on the parish hall roof in early July was a step in this direction.

Rev. Gleidson Ademir Fritsche, one of the pastors at São Lucas, explains: “What motivated us was to care for God’s creation by using clean energy from an unlimited source. The solar system is also sustainable – its cost and environmental impact are much lower than energy from hydroelectric plants in our vicinity.”

Last, but not least, the solar project serves to “arouse curiosity, inspire and motivate more people, institutions, and communities to plan similar actions,” says Rev. Beatriz Regina Haacke, who also serves at São Lucas. “It might even encourage people to join the congregation.”

Positive effects for creation and congregation

The congregation’s investment into the solar project amounted to about 8,200 Euro. “Our calculations that take into account running costs and other expenses show that the system will amortize in about five years,” says Fritsche.

The lifespan of the solar panels is projected at 35 years. In that period, it will have saved the congregation substantial amounts that can now be used to finance pastoral work.

The solar system supplies the power needed for all the congregation’s buildings: the parish hall, church, secretary’s office, rooms for children’s worship and confirmation classes, residences for pastors and interns, and the cemetery. On top of that, the total electrical energy produced even exceeds the current consumption by 25 percent.

The system comprises twenty-eight panels forming the letters IECLB. “Measuring six and a half by nineteen meters, it is probably the biggest IECLB acronym ever,” says Fritsche smiling. “Without the wonderful contributions of our members and the professional work done by the solar company, we would not have achieved this goal.”

As a next step to becoming a sustainable congregation, the church leaders at São Lucas envisage using an electric car for the pastoral work, replacing the current gasoline-driven one.