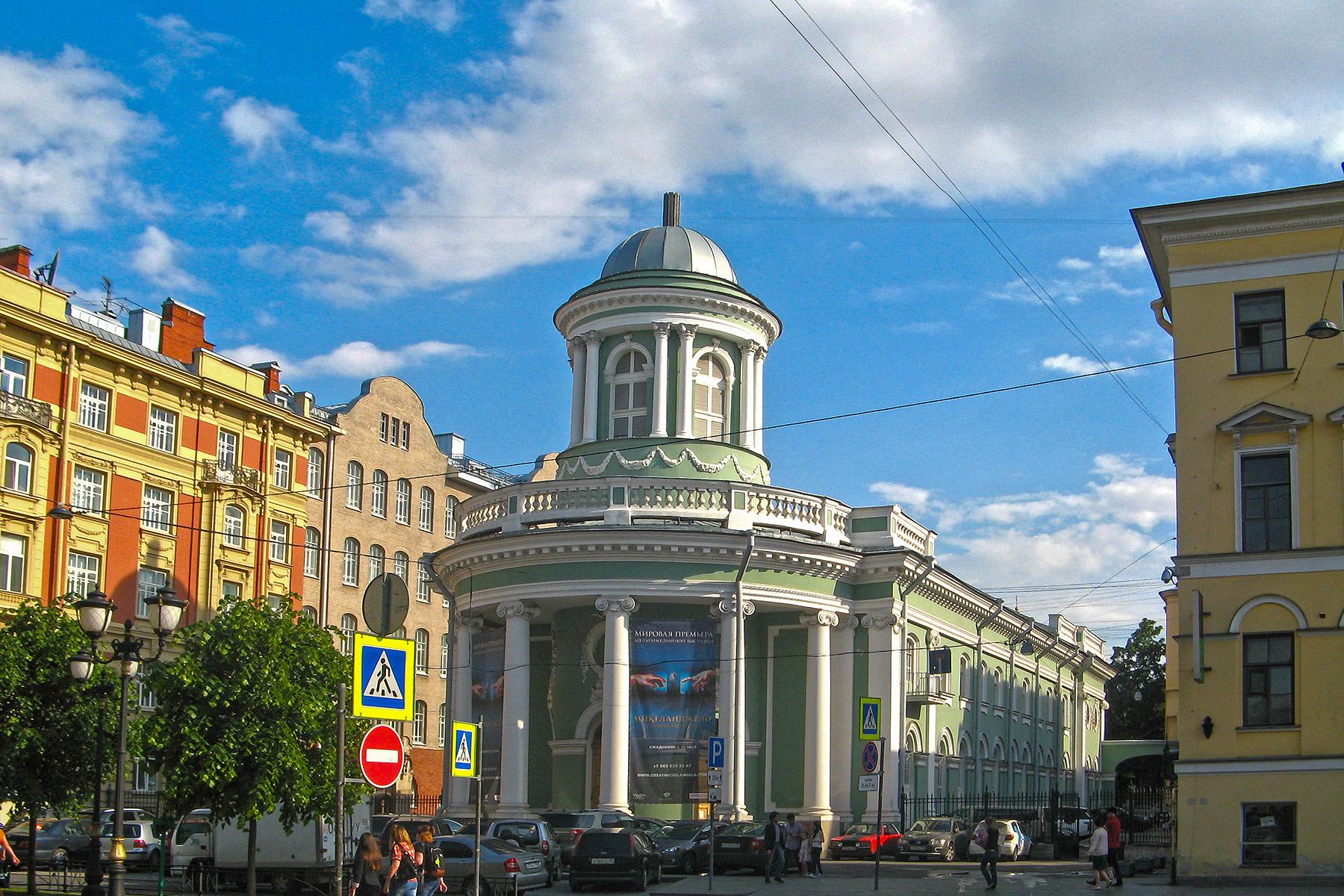 (LWI) - A Belarus artist has provided the illustration for this year’s Lutheran World Federation (LWF) Christmas card, depicting the miracle of the Incarnation which “forever changed human history.” Volha Prankevich created the artwork on behalf of the St Anna Lutheran Church in St Petersburg.

The Neo-classical building with iconic columns and elegant cupola is the oldest Lutheran church in the city, built between 1775 and 1779 by architect Georg Friedrich Veldten. Designed for the German speaking community in St Petersburg, it exemplified the religious tolerance that was unheard of elsewhere in Europe in the 18th century.

In the 1930s, under Soviet rule, the church was stripped of all religious symbolism to be converted into a cinema and later a nightclub. At the beginning of this century, the local Lutheran congregation asked for the building to be returned, but the night before that was due to happen a mysterious fire broke out, largely destroying the building.

In 2013, the Russian government handed the building back to The Evangelical Lutheran Church of Ingria in Russia (ELCI) after restoring the elegant façade. Inside the burnt-out building, a room has been renovated, where services are held in Russian and in English, while the basement is currently being restored.

It is here that artist Prankevich drew inspiration for her Christmas scene depicting the Magi visiting the Holy Family in the stable at Bethlehem. The pastor in charge of the church, Rev. Evgeny Raskatov, notes how the illustration shows the Magi and the shepherds as witnesses to the miracle of the Incarnation which remained invisible to most people at that time.

May we see ourselves as those who bend over the pages of Holy Scripture and see the birth of Christ.

In our current context, Raskatov continues, amid the “festive fuss, noise and anticipation,” this miracle still remains invisible, even though it is an event “that forever changed human history.” He hopes that the "Christmas card can become a mirror for all of us today, so that we see ourselves as Bethlehem shepherds, who are in a hurry to bring great joy to all people."

He continues, "May we see ourselves as those who bend over the pages of the Holy Scripture and could see the birth of Christ." He adds, "that we may also see ourselves as Mary, who keeps in her heart the gospel announced to her."

ELCI Bishop Arri Kugappi affirms the Christmas message of hope. God's word, he says, announces “Jesus Christ is the same – yesterday, today and forever,” and is the promise of new life, which “God, rich in mercy,” gave to us. Rejoice, Kugappi adds, "for the Infant is born to us - the Son is given to us; Dominion is on His shoulders!”