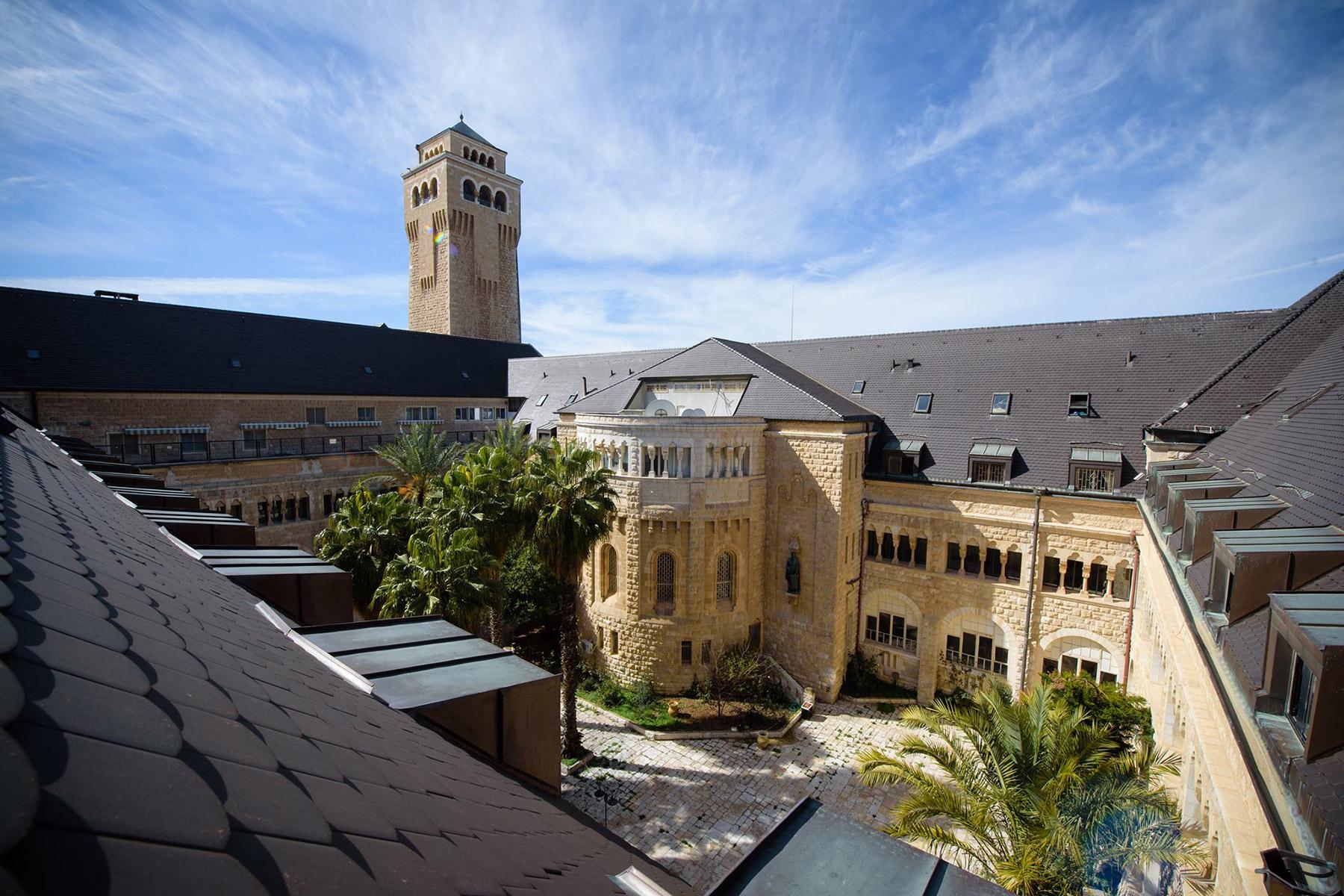 (LWI) - Staff at the Augusta Victoria Hospital (AVH) in East Jerusalem, are having to make daily decisions about which patients can be treated and which must be turned away due to an ongoing financial crisis.

Sieglinde Weinbrenner, LWF’s Country Representative in Jerusalem says the current emergency is putting hundreds of Palestinian lives at risk unnecessarily. She hopes that the European Union will release delayed funds for the Palestinian Authority (PA) as soon as possible so that the PA can pay outstanding bills. “EU Commission President Ursula Von Der Leyen is a doctor herself and knows what it means when cancer treatments are interrupted,” Weinbrenner says.

The hospital, owned and operated by the Lutheran World Federation (LWF) is a specialized cancer care center offering treatments that are unavailable elsewhere for Palestinians living in the West Bank and Gaza. For the past few months, it has been facing a financial emergency due to extensive delays in payments of bills for patients referred for treatment by the Palestinian Ministry of Health.

The 2021 annual support from the European Union for the Palestinian Authority, enabling the latter to pay for hospital care and other essential services for its population, has been delayed for over six months. The EU funding has been withheld on the pretext that specific changes be made to Palestinian school textbooks.

I have to make triage decisions every day and determine who can be treated tomorrow.

The hospital has halted all new patient intakes since last September, resulting in at least 500 people with cancer diagnoses being unable to access life-saving care and treatments. With a growing lack of medicines, AVH’s deputy chief medical officer and director of the cancer care center Dr. Yousef Hamamreh and his team are also having to turn many existing patients away. “I have to make triage decisions every day and determine who can be treated tomorrow,” he says.

Earlier this month, LWF General Secretary Rev. Anne Burghardt appealed to EU President Von Der Leyen to release the funding which will allow the Palestinian Authority to pay an estimated 70 million Euros that are owed to AVH for 2021. Failure to do so, she said, will have “potentially fatal consequences,” especially for Palestinian children who are particularly at risk if treatments have to be suspended.

Augusta Victoria Hospital is a center of medical excellence in East Jerusalem, serving all 5 million Palestinians in the West Bank and Gaza. Its specialized services include comprehensive cancer and diabetes care, kidney care and dialysis, skilled nursing and long-term care, as well as ear, nose and throat and other specialty surgeries. Augusta Victoria Hospital is accredited by the Joint Commission International for its outstanding quality. Patients are referred to the AVH by the Palestinian Authority.

A pioneer in cancer treatments for Palestinians
news