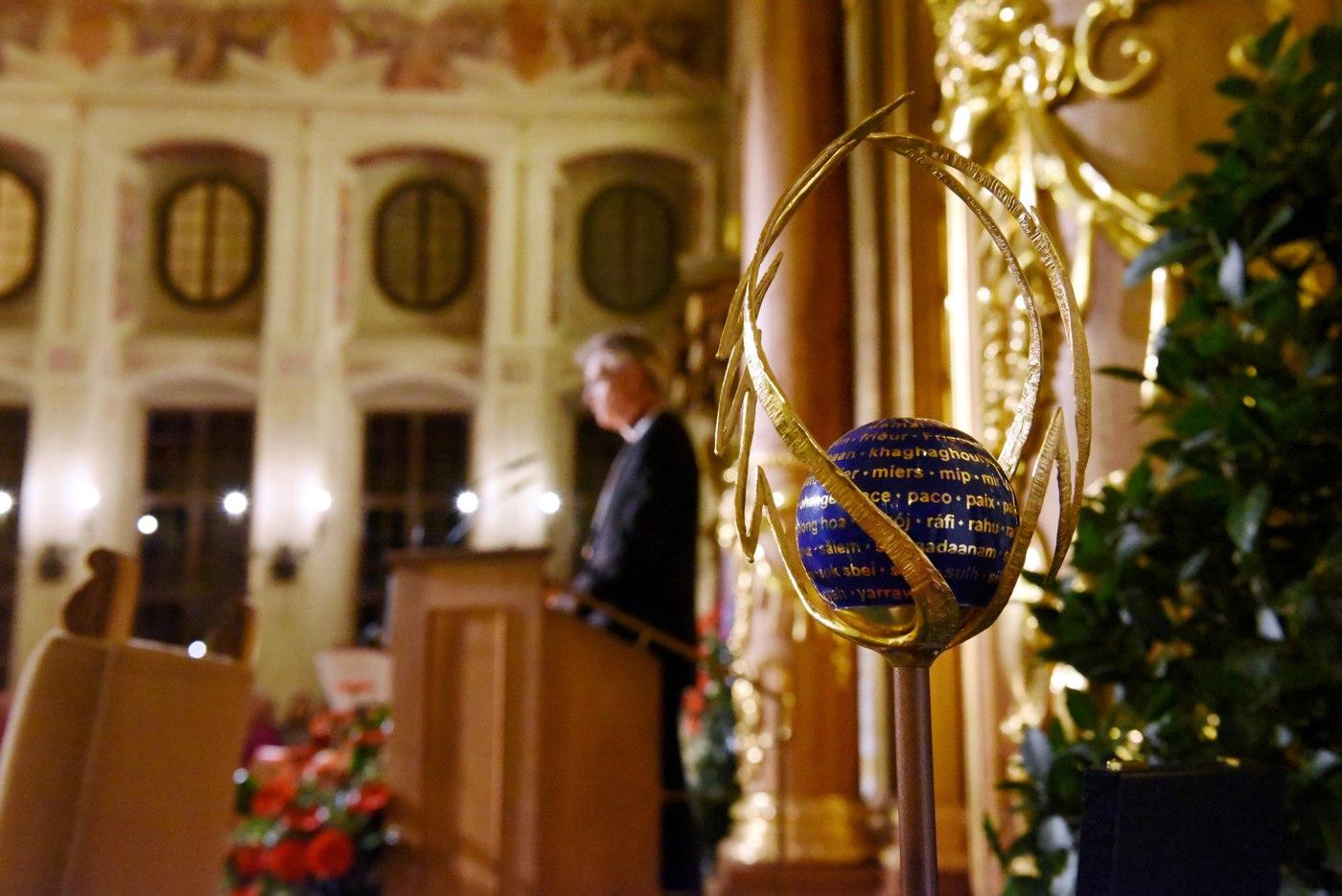 The Augsburg Peace Festival has been celebrated every year since 1650. Every three years since 1985 the Augsburg Peace Prize âfor special achievements promoting areas of interconfessional agreementâ has been jointly awarded by the City of Augsburg and the Evangelical Lutheran Church in Bavaria. Photo: Ruth PlÃ¶ssel.

“Dialogue pays off, conflicts can be overcome”

Rev. Dr. Martin Junge, General Secretary of The Lutheran World Federation (LWF), was today awarded the Augsburg Peace Prize for 2017 in Augsburg, Germany. Speaking at the ceremony in the ceremonial room of the Town Hall, General Secretary Junge underlined the peaceful character of religions and opposed any instrumentalization of faith.

In his tribute, César Carcía, General Secretary of the Mennonite World Conference, praised Junge as someone who “does not keep his distance but actively calls for reconciliation.” He deserved this acknowledgement, Garcia stated, in view of his untiring work for reconciliation among the denominations and on behalf of justice and peace. Dr. Kurt Gribl, lord mayor of Augsburg, presented Martin Junge with the award, a sculpture entitled “Paxible”.

In his response, Junge said: “Religious communities, including Christian ones, must remain alert and recognize when their potential for conflict is being mobilized instead of their fundamental peace-building orientation. I regard it as one of the prime tasks for us religious leaders to take responsibility for ensuring that the negative potential of religions can neither develop nor be instrumentalized politically.”

European Churches called to be messengers of hope and reconciliation
news

Putting faith into practice in words and deeds
news