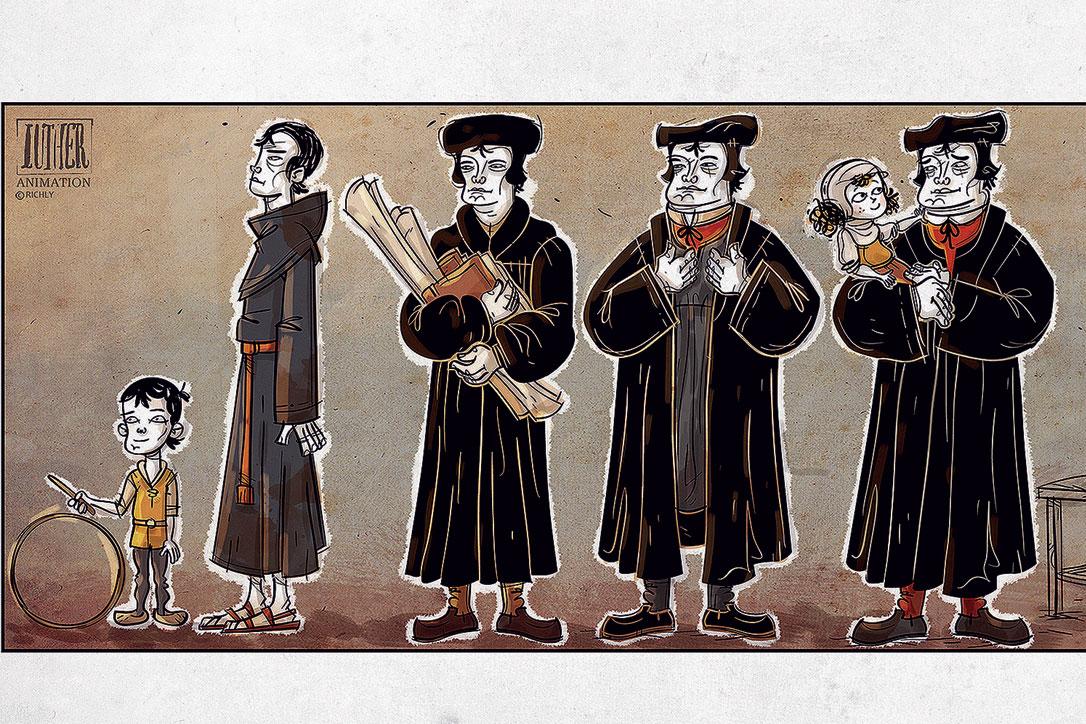 A still from the first animation examining the life of Martin Luther.

WITTENBERG, Germany – 28 August, 2015 (LWI) - The first animated series about the life and work of Wittenberg’s Reformer, Martin Luther, has been shown.

Titled simply Luther, the film was premiered before the 140 participants of the LWF global youth gathering, Workshop Wittenberg, being held in the city of the Reformation. After watching three episodes, viewers had the chance to discuss the film with director Zsolt Richly and offer ideas for upcoming episodes. Watch the first episode here (in German).

Commissioned by the Evangelical Lutheran Church of Hungary, the project also received the financial support of the Lutheran World Federation. The series of 12 episodes, each 13 minutes long, begins with the story of Luther’s childhood in the town of Eisleben, Germany. The animation shows his entire life from his visit to the Vatican when he was still an adherent of the Catholic faith, to the translation of the Bible in the Wartburg castle, central Germany, and up to the time of his death.

Richly, a prominent Hungarian animation director, and renowned Hungarian poet János Lackfi worked closely to produce the series, which will be finished by 2017 when Lutherans commemorate the 500th anniversary of the Reformation.

The film is the contribution of the Evangelical Lutheran Church of Hungary to worldwide activities by member churches of the LWF to mark the anniversary.

Workshop Wittenberg is a meeting of the Global Young Reformers’ Network of the LWF. From 23 August until 4 September, participants will work on 2017 Reformation projects, which they will implement in their home churches in preparation for the anniversary.

Watch the first episode of this series here (in German).