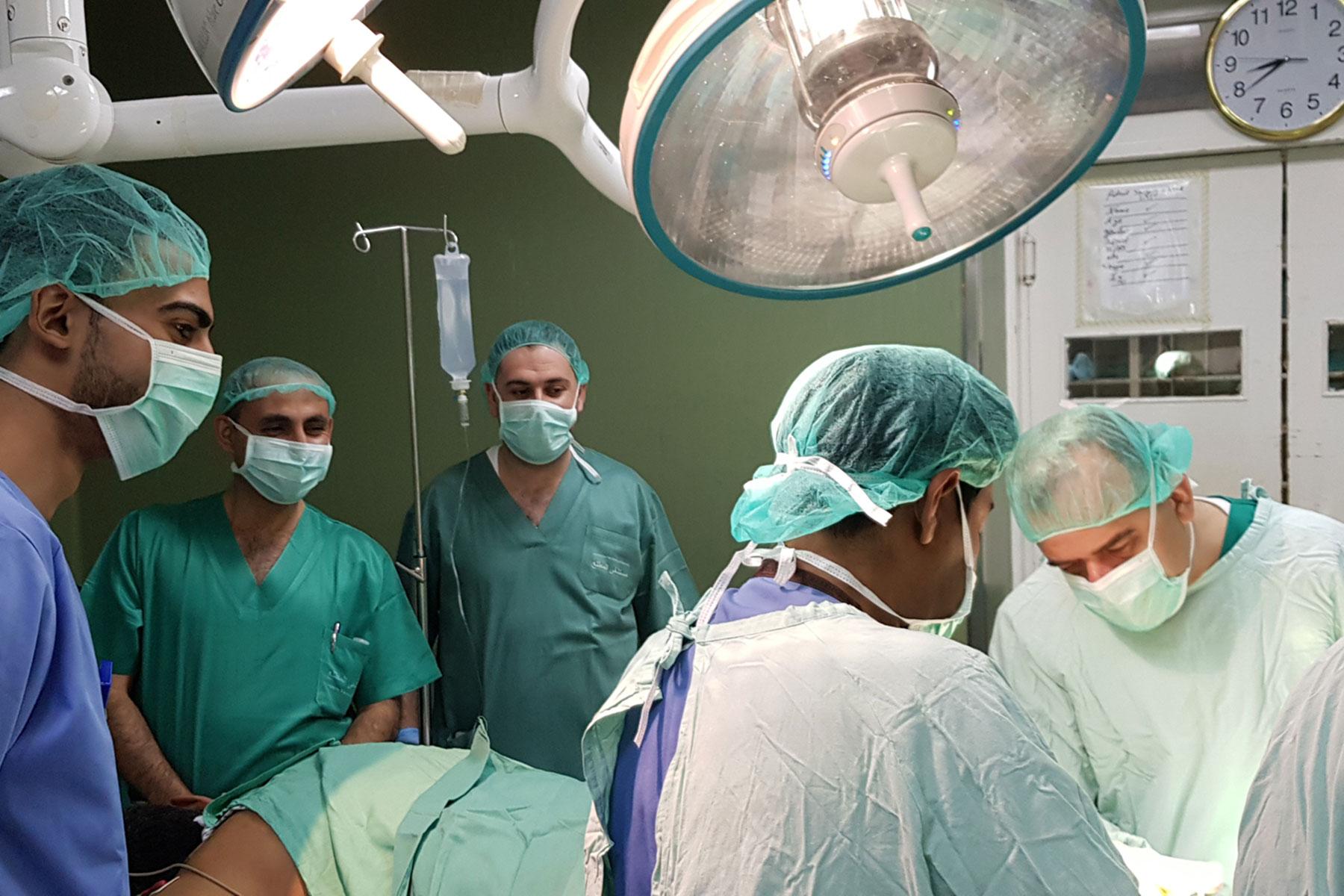 A medical team from AVH supports a hospital in Gaza in 2018. Photo: LWF/ D. Nasser

(LWI) - The ACT Palestine Forum, an ecumenical coalition of Christian churches and aid organizations, is calling on the Israeli government to allow humanitarian access for medical staff in the Gaza Strip to provide urgently needed “lifesaving and emergency assistance” for seriously ill patients.

The appeal comes in a 7 June statement after medical staff from the Augusta Victoria Hospital (AVH) in East Jerusalem, which is run by the Lutheran World Federation (LWF), were denied access to Gaza by the Israeli Military Authority. AVH, a specialist hospital for advanced cancer treatment, had organized the mission to Gaza to provide support to patients who could not get their medication on time, due to the lengthy closure of the Erez Checkpoint during recent hostilities in the region.

The ACT Palestine Forum says it is “deeply concerned about the devastation caused by the recent military operations in the Gaza Strip.” It notes that the “loss of lives, displacement of tens of thousands of people, destruction of civilian buildings and healthcare infrastructure,” as well as deprivation of access to basic needs such as food, water and sanitation, have compounded problems for Gaza’s healthcare system which was already under pressure because of COVID-19.

The statement says “patients must be given permission to travel across the border, or doctors allowed to administer treatment in Gaza.” It condemns the denial of entry for medical and humanitarian professionals which, it insists, “contradicts key principles” under international humanitarian and human rights laws. As well as urging the Israeli government to allow access for staff, the ACT Palestine Forum calls on the international community to take immediate steps towards a lasting solution to the conflict, “which includes ending the military occupation and securing equal rights for all.”