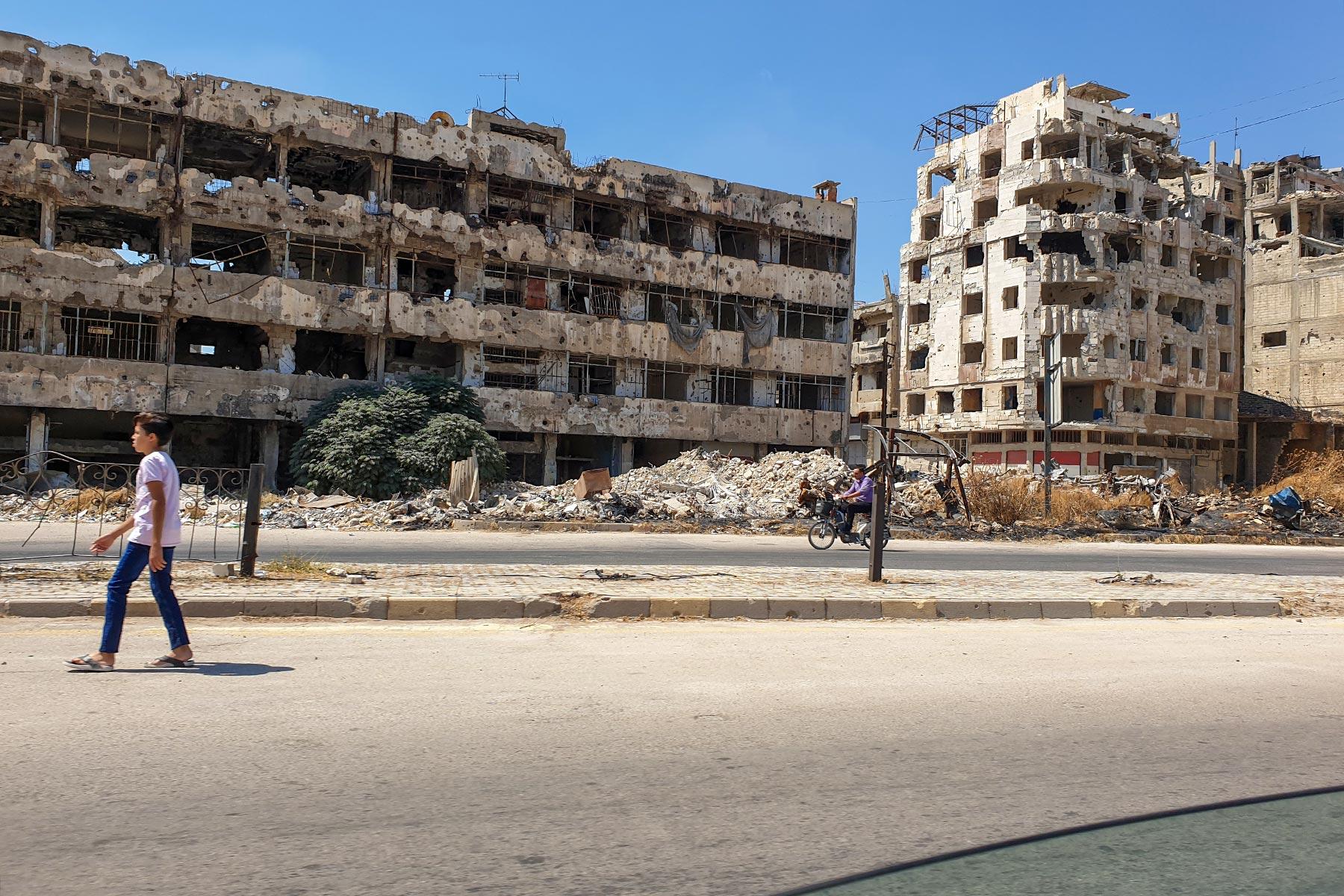 Aid agencies warn that a decade of conflict and humanitarian crisis threaten to cause âirreversible damageâ in Syria. Photo: LWF/R. Schlott

(LWI) - Thirty-five international aid agencies are warning of "irreversible damage” if the growing humanitarian needs in Syria are not met and a political solution is not found. The agencies note that a decade since the outset of the conflict, living conditions for many Syrians are worse than ever and they call on the international community to act urgently “to end the growing suffering.”

In a statement issued on 11 March, the group of agencies, including the Lutheran World Federation (LWF) under the umbrella of ACT Alliance, stress that inside Syria, over 80 percent of people live in poverty and “food insecurity levels are at a record high.” Over 14 million Syrians lack regular access to clean water and up to two and a half million children are currently out of school. The COVID-19 pandemic, they add, “has only exacerbated the human suffering.”

The statement comes ahead of a key conference of European countries to be held in Brussels on 29-30 March. This fifth Brussels Conference of EU government ministers will take place online because of ongoing COVID-19 restrictions. The aid agencies urge governments “with influence over the warring parties” to push for an end to the conflict. They note that “violence and indiscriminate attacks against civilians and civilian infrastructure” continue and that vital infrastructure has been damaged or destroyed.

This protracted displacement crisis is the worst since the Second World War.

Mr Chey Mattner, Head of Operations for the LWF’s World Service Department, said: "We remain gravely concerned about the millions of Syrians who have been displaced by the conflict, either internally or in neighboring countries including Jordan, Lebanon, Irak and Turkey.” He noted that “this protracted displacement crisis is the worst since the Second World War, with people in the host communities also struggling and in need of humanitarian assistance.” The COVID-19 pandemic has “increased levels of poverty and the risk of sexual-gender based violence,” he added.

The statement calls on the international community to step up its aid to Syrians, both at home and in refugee-hosting countries. Unless people are able to access “income-generating opportunities, repaired homes, functioning public infrastructure, clean water and basic services,” they conclude, “the impact of a decade of conflict will be irreversible.”