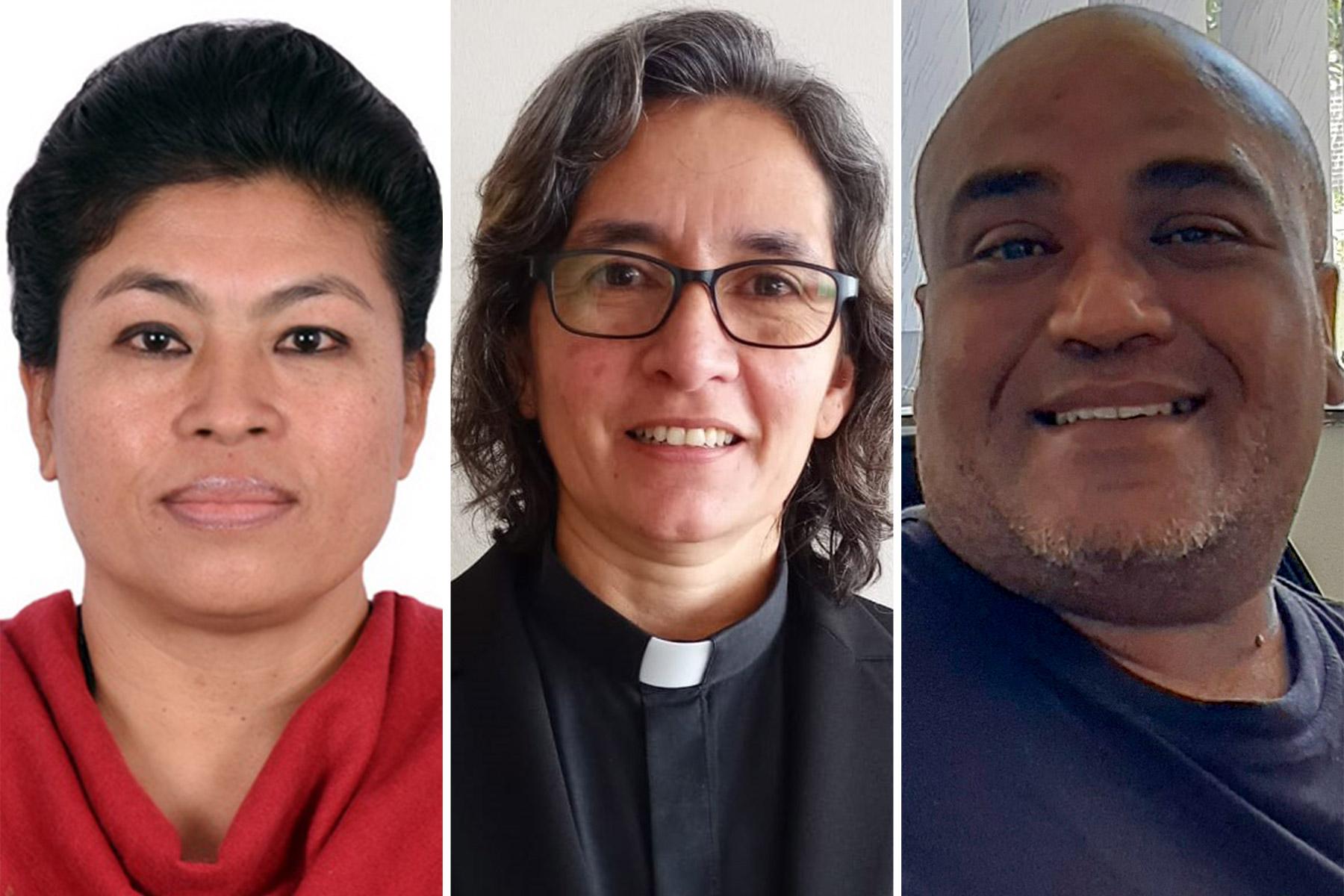 (LWI) - At the start of the 16 Days campaign to end gender-based violence (GBV), the Lutheran World Federation (LWF) has reaffirmed its “unwavering commitment” towards ending "one of the gravest forms of violations of the human rights of women and girls.”

During a webinar which highlighted stepped-up advocacy and action at global and local levels, panelists from Asia, Africa and Latin America discussed how to move from awareness-raising to greater accountability within churches and in wider society.

In opening remarks, Ms Eva Christina Nilsson, director of LWF’s department for Theology, Mission and Justice, noted that COVID-19 lockdowns significantly increased the dangers for women “trapped in their own homes” with abusive partners or other family members. Even prior to the pandemic, she said, statistics showed that around the world, an average of 137 women were victims of femicide every single day. As churches, she said, “we are called to act, because we believe that we are all created in the image of God, to live with dignity and with respect for human rights.”

Nilsson thanked LWF’s member churches and World Service country programs which are already working hard to end gender-based violence, noting that being part of the global 16 Days campaign is one way of showcasing the commitment to a violence-free world. “It is a long road” towards this goal, she insisted, but “we need to remind ourselves that it is possible and we need to stay committed together.”

Prophetic voice in the public space

LWF’s General Secretary Rev. Anne Burghardt outlined six Action Commitments that the organization is pledging to implement in order to accelerate progress to end GBV in churches and congregations, as well as within all humanitarian response and development activities. She said LWF’s longstanding commitment to gender justice is evident in its policies and Assembly resolutions, as well as in its “ongoing work and prophetic voice in the public space.”

Speaking about the context in her native Nepal, Dr Bijaya Bajracharya said that as a female director of an LWF World Service program, her appointment has led to “increased confidence” among female staff, as well as “changing attitudes” among men towards women in leadership. “When we start from our own organizations,” she said, “we can be role models for the communities where we would like to see changes.”

In Nepal, Bajracharya continued, GBV remains “one of the most prevalent violations of human rights,” where “one in three men believe it is acceptable to beat their wives for disobedience.” Specific forms of violence include sex trafficking, female infanticide, early marriages and dowry-related violence, with two thirds of survivors feeling unable to denounce the perpetrators or ask for help. LWF’s strong commitment to combating GBV, she said, “encourages us to be proactive in engaging with other civil society organizations to strengthen our advocacy, increase resource mobilization and end these harmful practices.”

Setbacks in progress towards women’s rights

Rev. Liria Consuelo Preciado, a pastor with the Evangelical Lutheran Church in Colombia, spoke about the increase in femicide and other forms of violence against women in her country, who continue to suffer from the consequences of the long-running civil conflict. “Women suffer from violence in their homes,” she said, but also “girls or elderly women who go out onto the streets to find food often fall victim to landmines” which can injure and kill.

Preciado also spoke of recent setbacks in progress towards women’s rights, with “many people believing we have to return to traditional [family] roles.” Churches are being instrumentalized in the suppression of women’s rights, she noted, with “the World of God used to justify macho culture and an inferior role for women in society.” The church in Colombia, she added, is partnering with other groups including Catholics, Presbyterians, Mennonite and indigenous leaders to strengthen women’s rights and “provide a presence in places of armed conflict where women suffer most.”

Rev. Denver Grauman, a theologian and minister in the Moravian Church in South Africa, spoke about “the silent pandemic of gender-based violence” in his country where there was a 72% rise in reported cases in 2020. This year, he added, more than 40 women were killed just in the weeks between April and June. Grauman currently works with the Lutheran Communion in Southern Africa (LUCSA) which, he says, “has a long history of working for women’s empowerment.”

LUCSA also partners with other churches and civil society organizations, including ACT Alliance and Sonke Gender Justice “to create greater awareness and fight for the rights of women and girls.” More recently, Grauman added, “we have also started working with the police and the justice system, supporting victims’ empowerment centers and encouraging our members to provide GBV survivors” with toiletries and other items.

Gender justice advocates must be prophetic voices, saying out loud what is happening both inside and outside our churches.

Panelists also discussed the need for increased accountability in churches and related organizations, as well as the need to measure concrete progress towards the goal of ending GBV. Dr Bajracharya cited the importance of LWF policies, including the codes of conduct, the Gender Justice Policy and complaints mechanisms, as well as international child protection policies and Core Humanitarian Standards. LWF staff and local partners in Nepal receive training in all these aspects and instruments, she said.

Rev. Grauman noted the need “to sit with church leaders and ask how these things affect us.” It is vital to adapt and contextualize global policies, he said, so that they can make a “real impact on the work to protect and empower women.” He also highlighted the importance of creating “safe spaces for boys and men to discuss their fears and challenges,” an innovation which “has borne much fruit” in the southern African context. Education for boys and girls is vital, he added, including educating parents on how to raise their children to respect the rights of all people.

Rev. Preciado concluded with a call for all gender justice advocates “to be prophetic voices, saying out loud what is happening both inside and outside our churches.” It is important “not to stay quiet,” she said, but to make sure “all members of our churches know where to go to find a safe space where they know they will be heard and supported if they suffer from gender-based violence.”