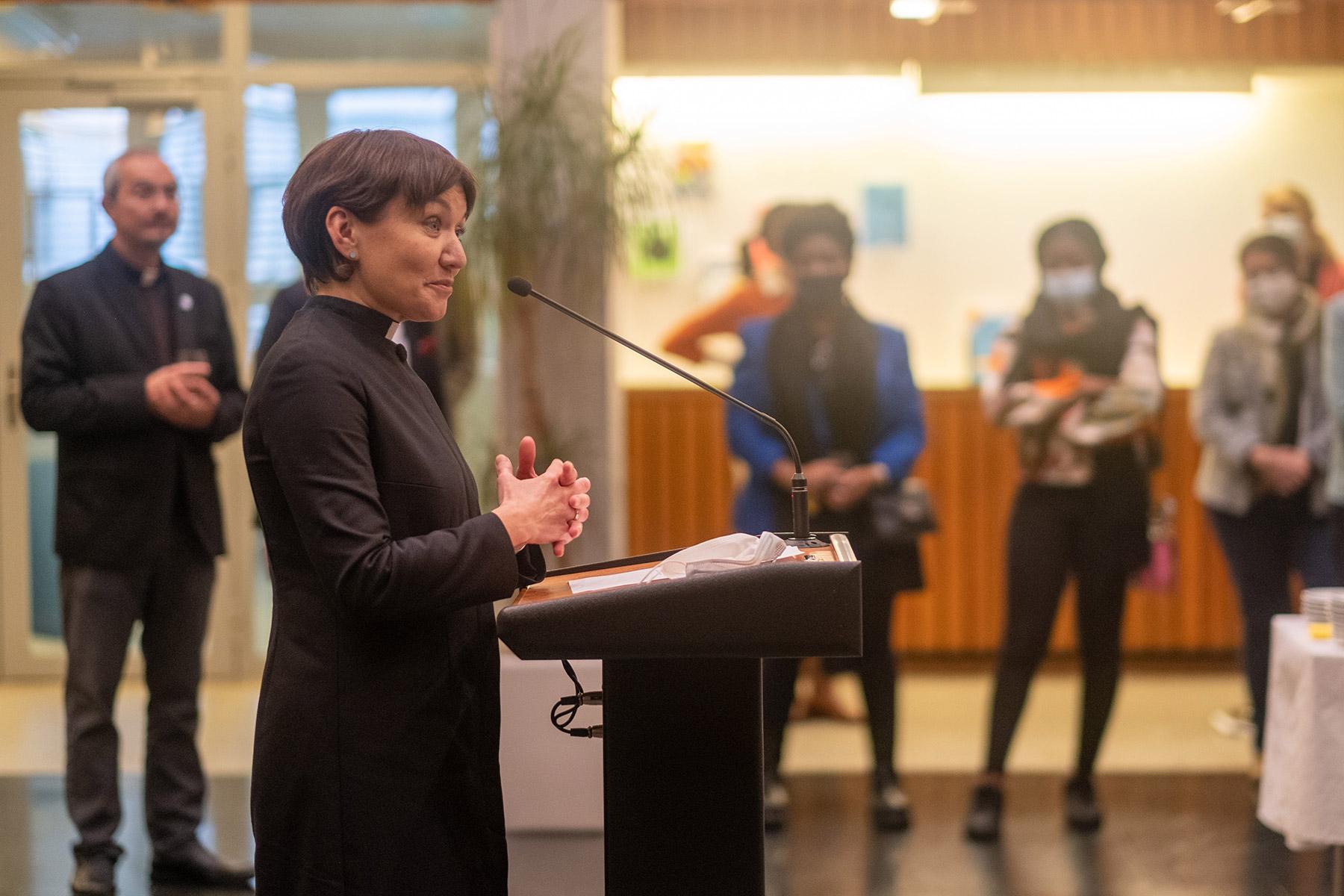 Last week I reached the milestone of my first 100 days as General Secretary of the Lutheran World Federation. In these first months, I have met with and listened carefully to representatives of the different regions of the global communion, as well as other stakeholders and partners, to learn more about their priorities, concerns, and joys. I have also listened to colleagues in the Communion Office, where I have learned a lot about the excellent work being done, while reflecting on where that work could be strengthened to better serve our different constituencies.

I am grateful for all the enriching, eye-opening encounters I have had over these three past months, including a visit to our member church in Poland in December, meetings with the PCPCU in Rome, and Brot für die Welt in Berlin earlier this month. I am looking forward to further visits in the coming months, including a visit to the LWF member church in Tanzania and the LWF World Service country program in Uganda in March and April. I hope that by the end of this year I will have visited all seven regions of the LWF.

I am grateful for all the enriching, eye-opening encounters I have had over these three past months

A main focus for us this year is preparing for the Krakow Assembly, working towards the completion of ongoing processes such as Lutheran Identity, Women in Ordained Ministry, a document on Jewish-Christian relations and many others. There are also some new initiatives in the works, such as marking the 500th anniversary of Martin Luther’s translation of the New Testament. The Bible Year project will be launched around the beginning of Lent, aiming at engaging the LWF member churches with Bible reflections and hermeneutical approaches from around the communion.

Alongside this, the LWF continues with its strong commitment to advocacy and its service to the needy – both through more church-based diakonia and through humanitarian responses in different parts of the world. I was delighted that LWF launched its first-ever Advocacy Framework during the week when I marked this milestone.

As the LWF we are united in our vision to support and empower those in need and to protect human dignity, true to our calling to be messengers of hope.

Last Sunday, I attended a worship service in my home congregation in Estonia. One of the readings was taken from 1 Corinthians 9:24-27, where the Apostle Paul compares himself to an athlete in training, urging everyone to run for the prize (what a timely reading during the winter Olympics!). This passage calls us to reflect on how to best “implement” our faith in our personal lives, in the lives of our churches and in our communion of churches.

As we consider the image of “running for the prize,” we could put it into the context, not just of individual sports, but also of a team sport, where it is vital for each player to know exactly where s/he needs to run for the sake of the whole team. I believe that this is precisely what we should ask ourselves in the light of this Scripture passage: not just how fast we can run, but how to run in the right direction, how to make sure that we run to where we are most needed. In order to be sure that we are “running” in the right direction together, the LWF, with the help of Council members, advisors, and Communion Office staff, is engaging in context mapping in March, before we begin planning for 2023.

I believe that the LWF, as a whole as well as individual member churches, should constantly reflect on our work in light of the different aspects of holistic mission: kerygma (proclamation), leiturgia (prayer and worship), diakonia (service) and martyria (witness). How are sharing of the gospel, theology, liturgy, and service to the needy represented in the life of the churches? Where are the imbalances? How does the work of the LWF succeed in responding to the needs of its constituencies and where should it challenge those constituencies?

I look forward to meeting many more people in our member churches and country programs to hear about the life-changing work that goes on, day after day, to support people in local congregations and communities. The COVID-19 pandemic continues to affect churches and communities worldwide. At the same time humanitarian crises are on the rise, there is a pushback against human rights, including the rights of women and girls. This is the context of our work. As the LWF we are united in our vision to support and empower those in need and to protect human dignity, true to our calling to be messengers of hope. That will be our guiding light in the years to come. 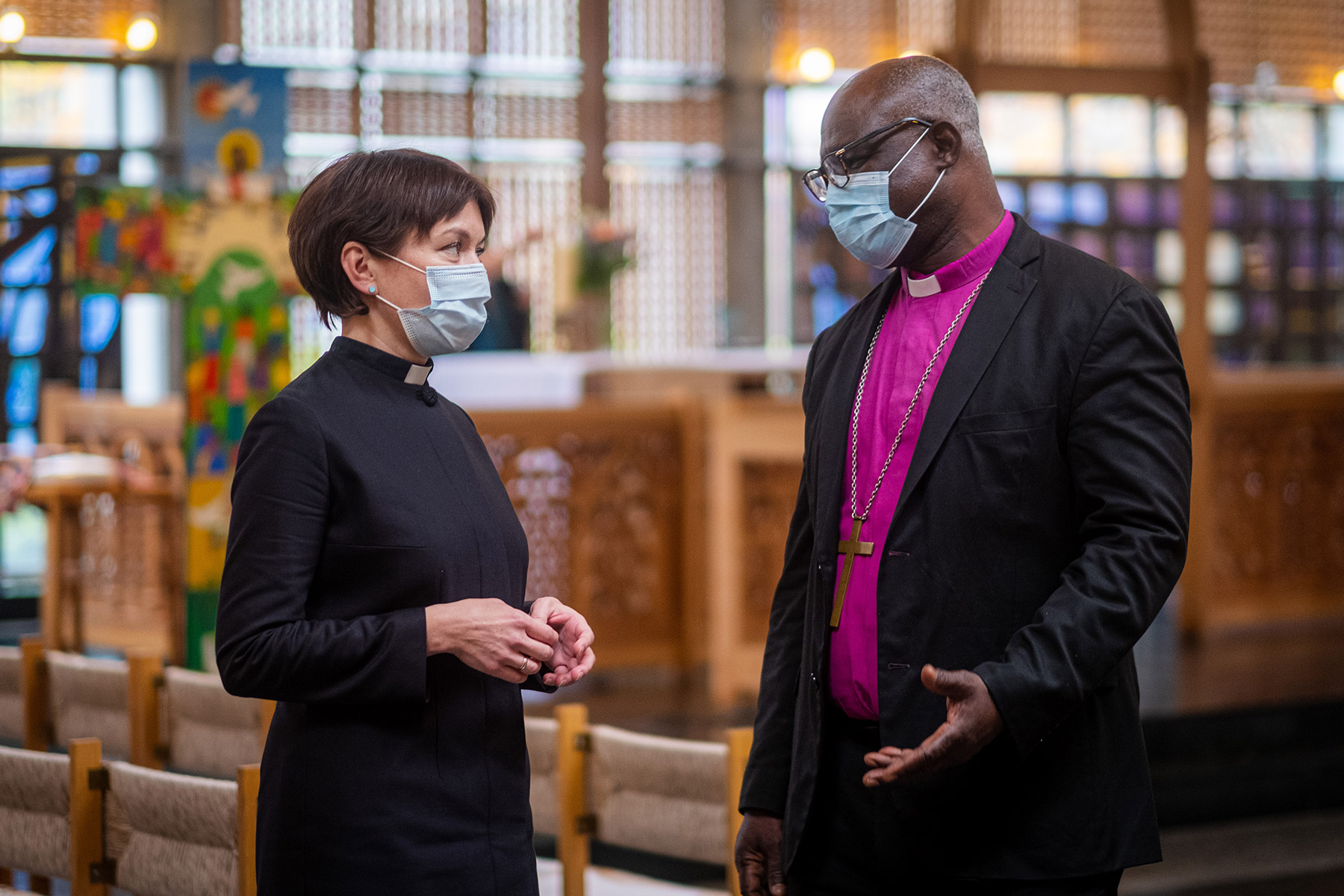 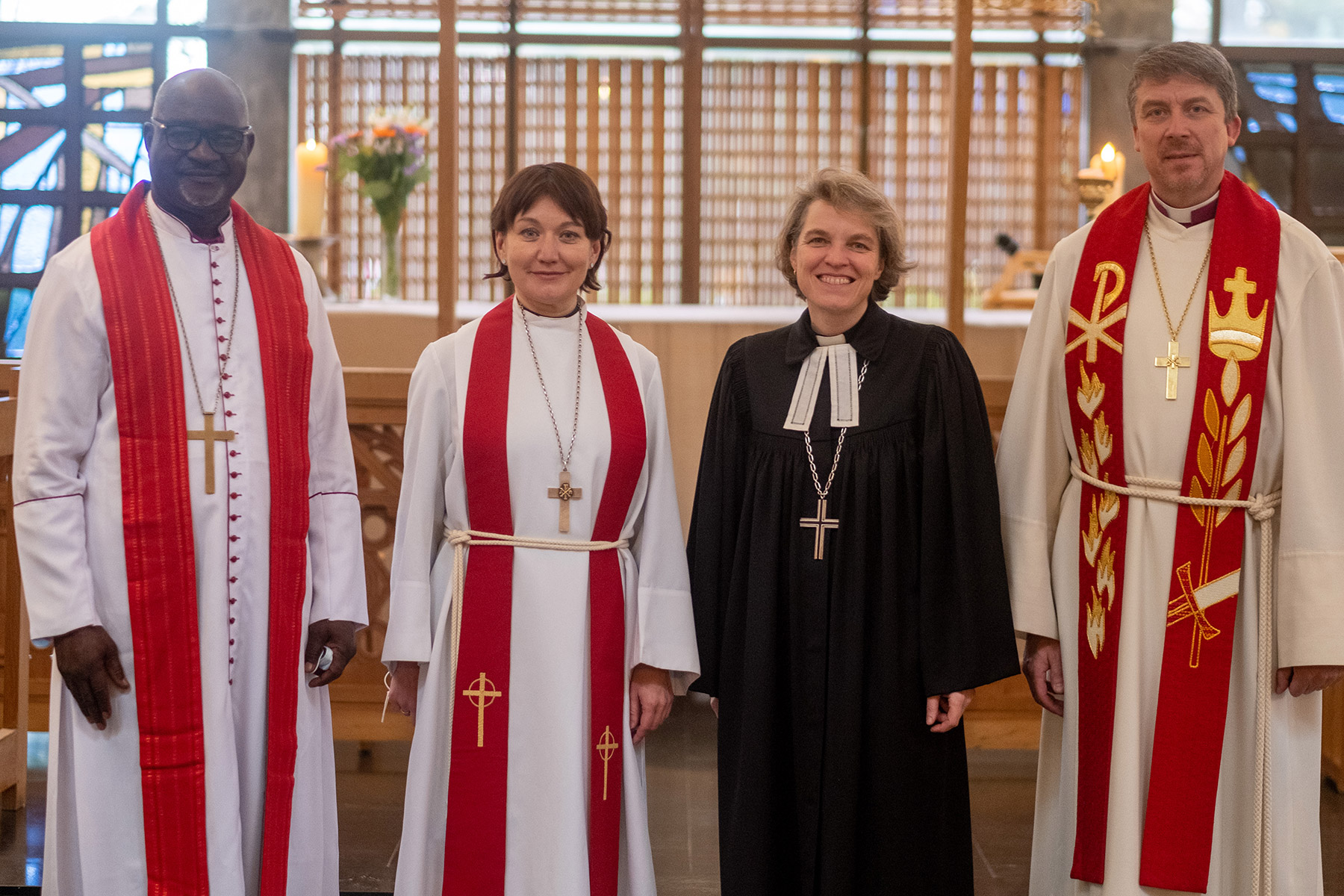 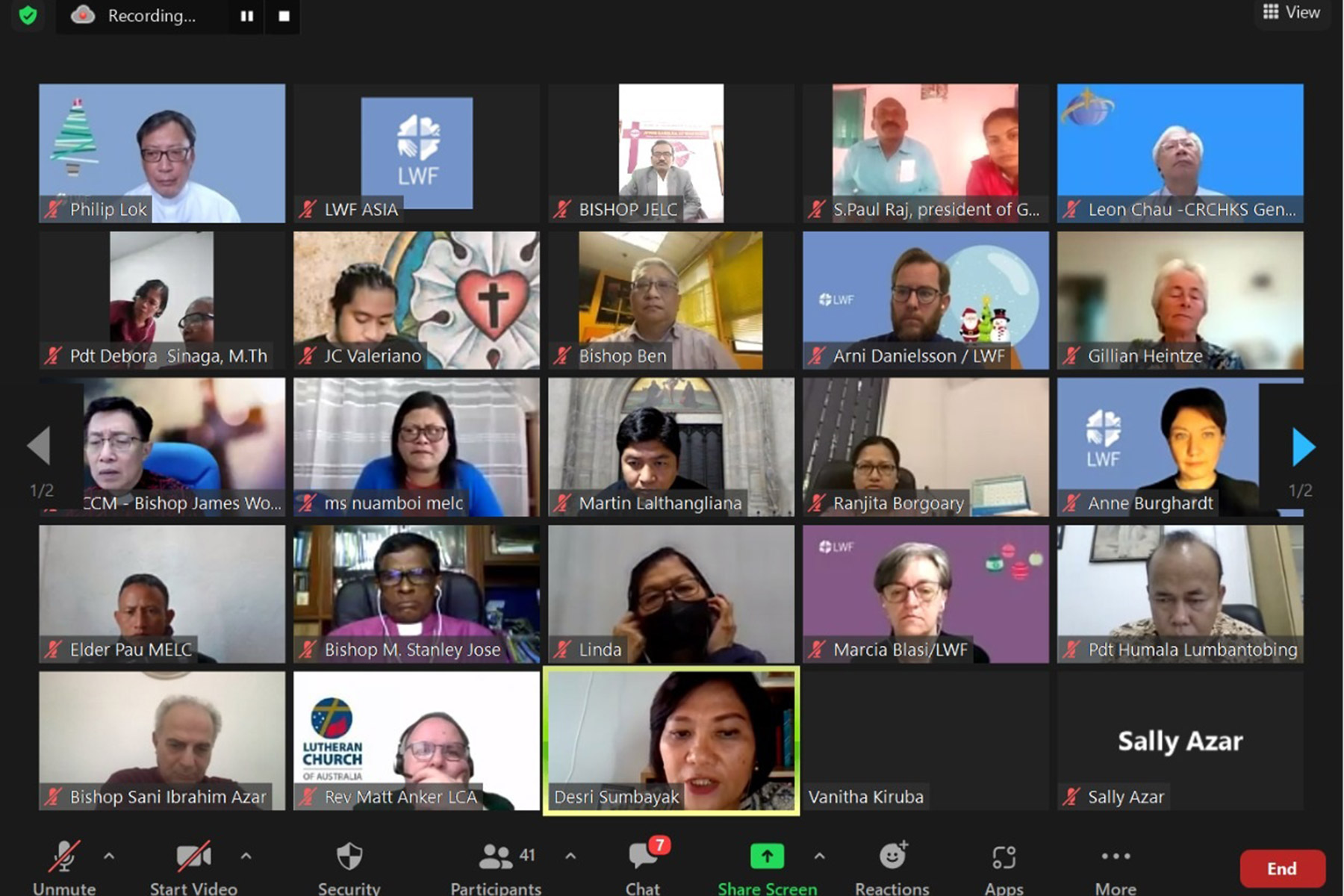 Online, December: During her first weeks in office LWF General Secretary met with church leaders from all regions of the communion to hear, discussing the vital ministry of the churches, locally and globally through the LWF. Here she is with leaders from LWF member churches in Asia 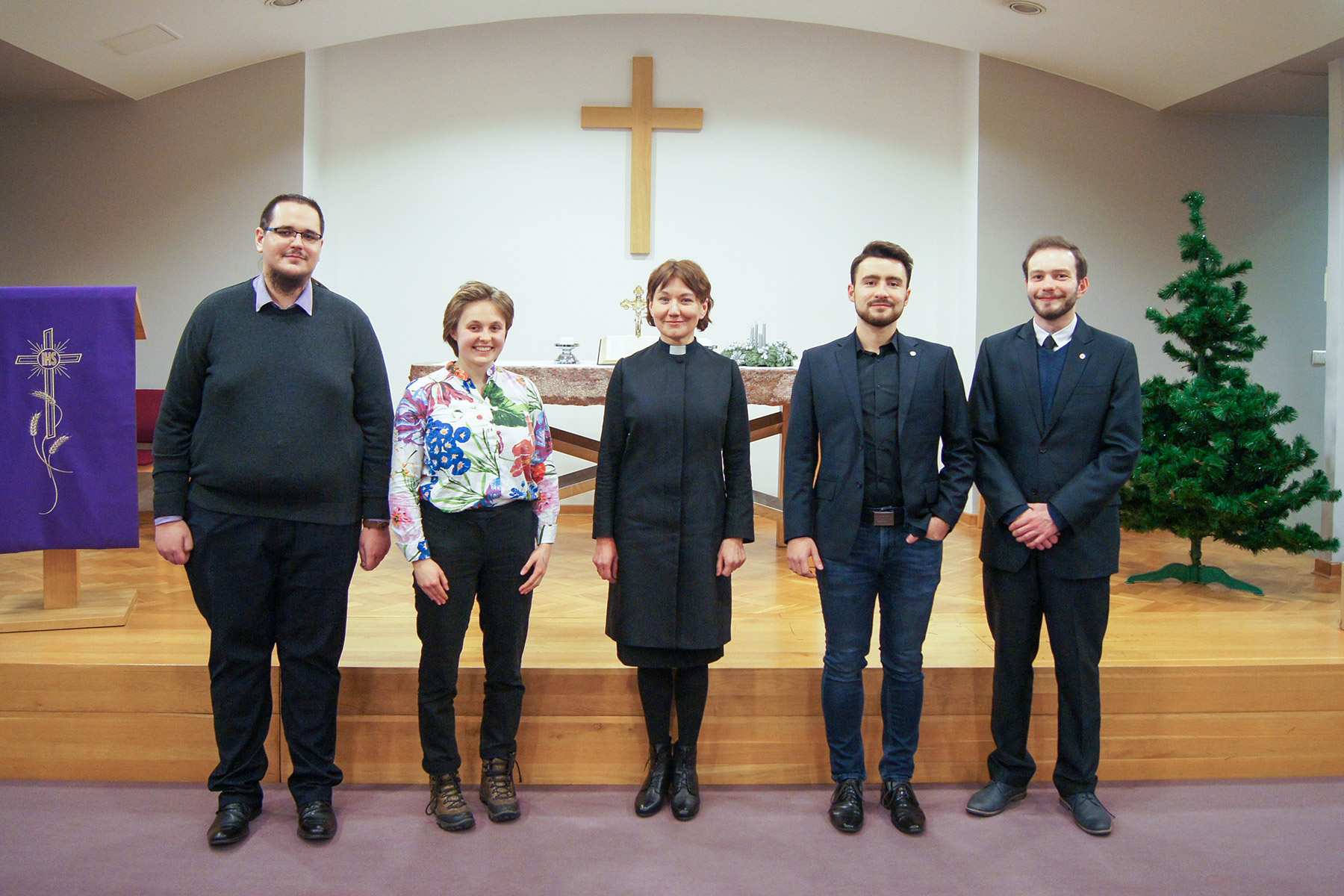 Warsaw, December: The first official visit of LWF General Secretary Burghardt was to the Evangelical Church of the Augsburg Confession in Poland which will host the 2023 Assembly of the LWF. During the visit she met with students from the Christian Theological Academy in Warsaw. Photo: Michal Karski 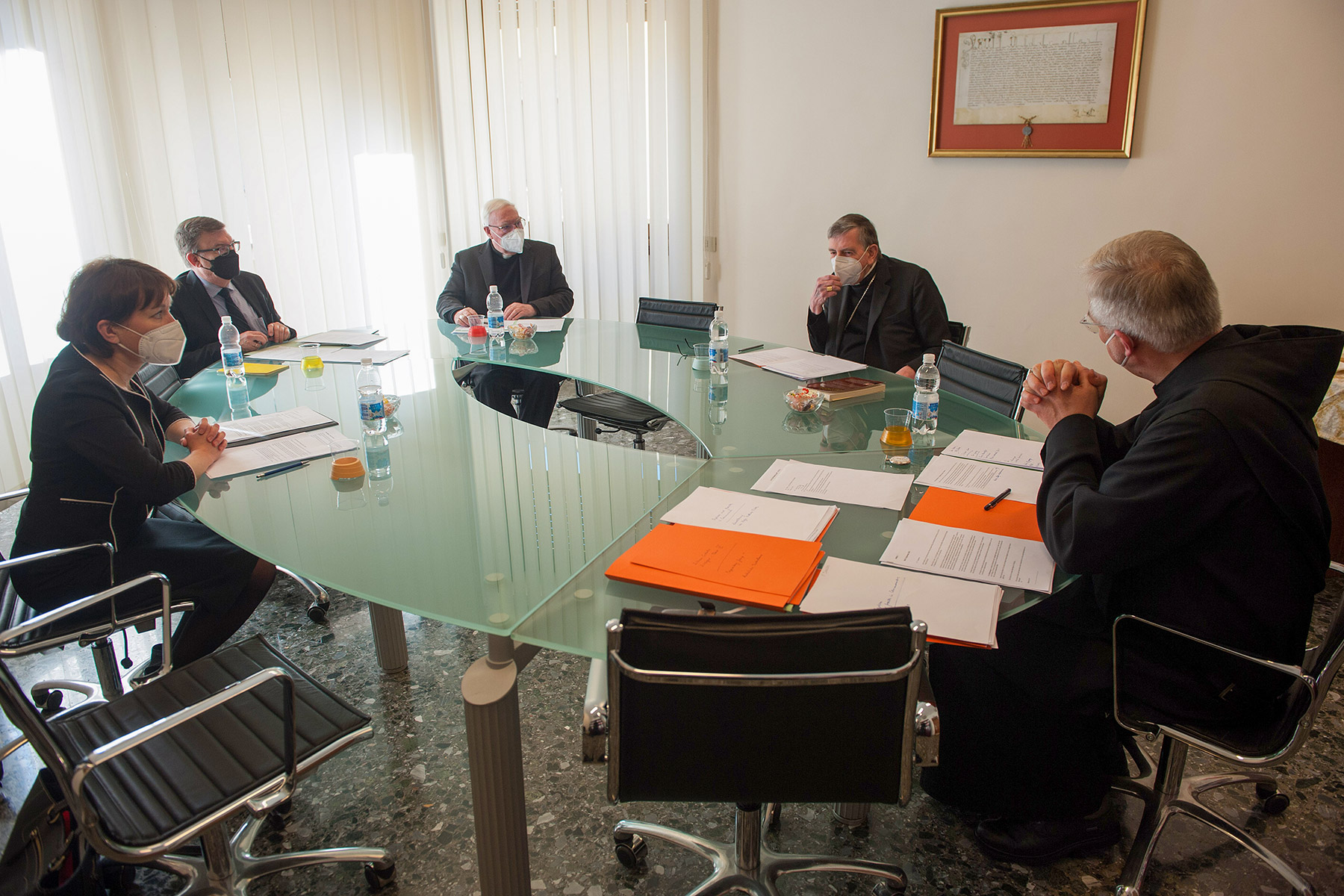 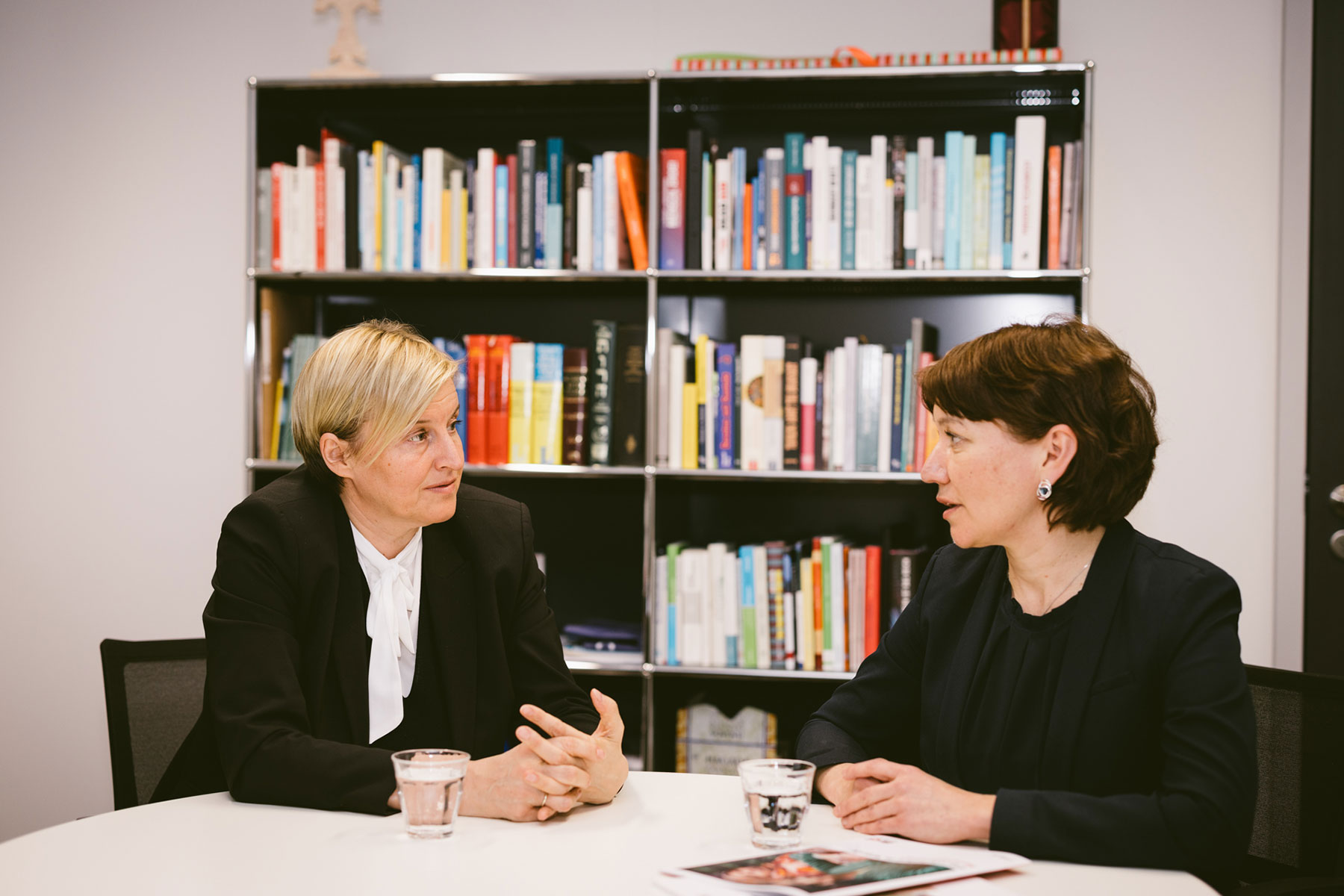 “Let these trees grow as our communion is growing”
blog