Reformation lives in us! 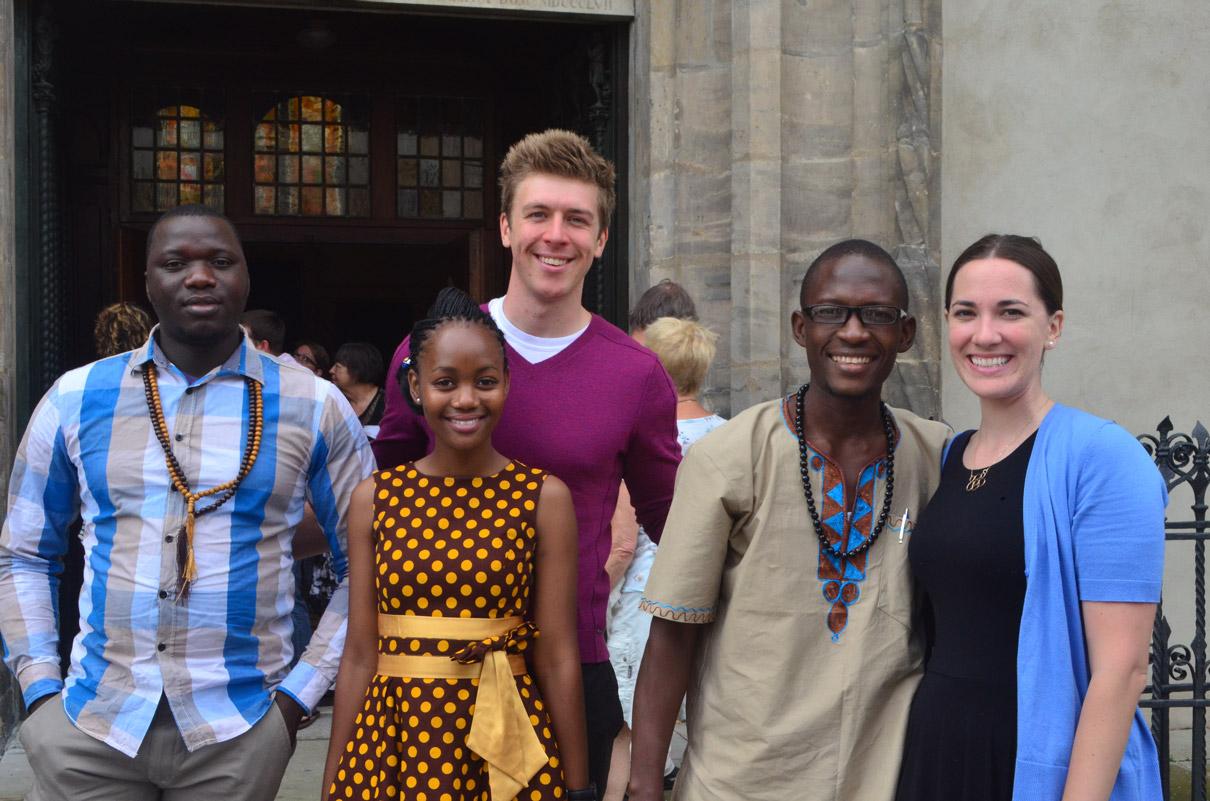 Sam Suke (middle, back row) with other LWF Young Reformers in front of the Castle Church in Wittenberg. Picture by LWF/Edgard Toclo

In July 2017, The Lutheran World Federation (LWF) gathered eighteen Young Reformers from around the globe to feature in, and contribute to, the World Reformation Exhibition in Wittenberg, Germany.

In telling family and friends of their plans to visit the Exhibition, the Young Reformers were often faced with the question “What is Reformation?” – sometimes asked by family or friends who have little or no knowledge of Lutheranism. For many “native” Lutherans, knowledge of the Reformation is assumed - and sometimes taken for granted.

2. What does the Reformation mean, nowadays?

3. What does it mean to be a Reformer?

Each of the above questions requires us to define Reformation differently, and each definition may serve a different audience. First, we aimed to define the 1517 Reformation in 30 seconds. In a world of sound bites and social media, such a concise definition seems prudent.

So here it goes…“ In 1517, a Catholic monk (and others) disagreed with some of the things that the Roman Catholic church was doing and preaching. This monk, let’s call him Martin, articulated his discontent by posting a piece of parchment on the door a church in Wittenberg, Germany. Martin went on to write many publications, which were disseminated en masse via the recently invented printing press, including a translation of the Bible into a common language so that everyone could read it. These and other publications transformed religious, political, social, and educational landscapes.”

That’s 30-seconds and, sure, it touches on some of the historical events but it doesn’t capture the significance or breadth of the 1517 Reformation.

To better understand and articulate the significance of the Reformation, we asked ourselves a second question: What does Reformation mean today? Our answers aimed to distill the principles and values of the 1517 Reformation, and to take them as inspiration for how we should live in the modern era. Our answers are shared in the first video below.

In seeking a modern meaning and application of Reformation, we asked ourselves a third question: What does it mean to be a Reformer? And we have a few answers up our sleeves. The first lies in the Living Reformation Projects – initiatives that demonstrate a desire to act as God’s hands in the modern era by reforming today’s world and today’s society. Over 50 Living Reformation Projects were run worldwide from 2015 to 2017, with some of them continuing to this day and beyond.

The second answer we can offer for a modern meaning and application of Reformation is in the personal mindset we adopted in implementing Living Reformation Projects, and the mindset we continue to follow in fulfilling our various roles amongst family, friends, congregations, work, and other social circles. This mindset answers the third and final question we asked in seeking a modern meaning and application for the Reformation: What does it mean to be a Reformer?

The 1517 Reformation happened 500 years ago, and it is often considered a static point in history, but the Reformation has a modern meaning and continues to evolve through us as we continue pondering what it means for us to be Reformers in today’s time.

Sam Suke, 24 years old, is a young reformer and member of the Lutheran Church of Australia.

Author
Sam Suke
Disclaimer: The views expressed in this blog are those of the author, and not necessarily representative of Lutheran World Federation policy.
Themes:
Churches
Program:
Youth [Department for Mission and Development]
Series:
Networks