As people of faith, we must work for women’s empowerment 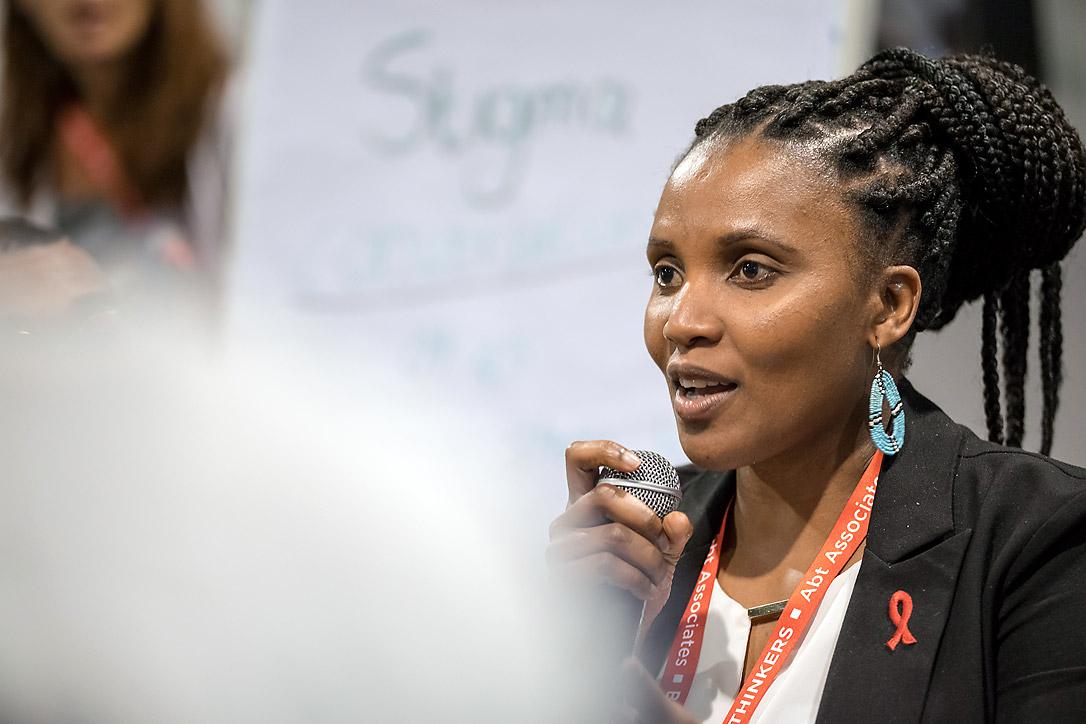 Christine Mangale, of the Lutheran Office for World Community, attended CSW61 and issued a call for churches to promote dignity. Photo: WCC/Albin Hillert

The Lutheran World Federation’s Women in Church and Society attended the United Nations Commission on the Status of Women, held annually at the UN headquarters in New York. This year’s CSW61, with the theme, “Women’s economic empowerment in the changing world of work” was held from 13-24 March 2017. Christine Mangale, of the Lutheran Office for World Community, was there and issued a call for churches to promote dignity.

There is no doubt among UN member states that for Agenda 2030, the new UN sustainable development goals to be achieved, women must be at the front and center. Women’s full and equal participation in decision-making and in the economy, is critical for ending poverty, achieving economic growth and ensuring peaceful communities.

Women are making inroads in breaking the glass ceiling in different areas of society, yet patriarchy continues to constrain women’s access to employment and restrict women’s physical and professional mobility.

According to UN Women statistics, globally, women are paid 23% less than men.  The persistent gender stereotyping and discrimination that contribute to occupational segregation and wage theft must be addressed once and for all.

Sacred texts should not be used to justify disempowerment

During the two weeks of the commission, several key issues were highlighted that pose barriers to women’s economic empowerment and enjoyment of their fundamental human rights and freedoms. These include discriminatory laws and policies, sexual and gender-based violence, discrimination and harassment at the workplace, gender stereotypes, early and forced marriage, human trafficking, lack of decent work and employment, occupational segregation and lack of equal pay for equal work.

Lutheran representatives to the commission, from the Lutheran Costa Rican church and the Evangelical Lutheran Church in America joined other civil society organizations, including faith-based delegates of Ecumenical Women at the UN, of which LWF is a member.

Rev. Geraldina Álvarez Rocha, Vice-President of the Lutheran Costa Rican church and delegate to the upcoming LWF Twelfth Assembly, spoke at several events including a panel discussing the commission’s priority theme alongside Lopa Banerjee, Chief of the Civil Society Section at UN Women, and Kevin Cassidy, Senior Communications and Partnerships Officer for the International Labor Organization.

Rocha highlighted the importance of faith actors in changing societal paradigms and empowering women. She spoke about overcoming religious practices that promote fundamentalist use of sacred texts, and attempt to justify economic disempowerment of women and girls. The church ought to be a prophetic voice in changing the culture of violence and empowering women, she declared.

“The religious interpretations contribute to the disempowerment of women, because they work at the level of social subjectivities, but also based on power relations. In the same way, the interpretations of sacred texts can generate practices that empower to achieve the objectives of complete transformations, like a form of assuming the mission of the Kingdom of God in the here and now, interpretations generated from culture without violence, especially against women and girls.”

You can be part of the solution

CSW61 will end by adopting agreed recommendations for countries to implement economic and social policies that will lead to women’s economic empowerment.

Hold your government accountable, urge your church to adhere to the LWF Gender Justice Policy

We, as Lutherans affirm our commitment to gender justice and have asked member states to implement fully the Beijing Platform for Action. We call for gender-responsive implementation of all Sustainable Development Goals (Agenda 2030). It is important that we, as people of faith, monitor the implementation of these goals, especially SDGs 5 and 8, gender equality and decent work and economic growth, as well as dismantle the paradigms of patriarchy. We must work hard to protect human dignity and promote decent work.

Through a joint statement that The Lutheran World Federation signed with other interfaith partners, we urge countries to repeal discriminatory legislation and policies, especially those based on religious grounds, that deny women’s full and purposeful economic participation and benefit, access to education, decent employment, and adequate health care, including sexual and reproductive health.

You can be part of the solution by holding your government accountable. You can also urge your church to adhere to the LWF Gender Justice Policy. We must remember “women and girls are not children of a lesser God,” as Lakshmi Puri, UN Women Deputy Executive Director says.  So, then, together we must continue the work of gender justice and equality for women and girls worldwide.

By Christine Mangale, Program Coordinator, Lutheran Office for World Community, the Lutheran representation to the UN, a joint ministry of the LWF and the Evangelical Lutheran Church in America.