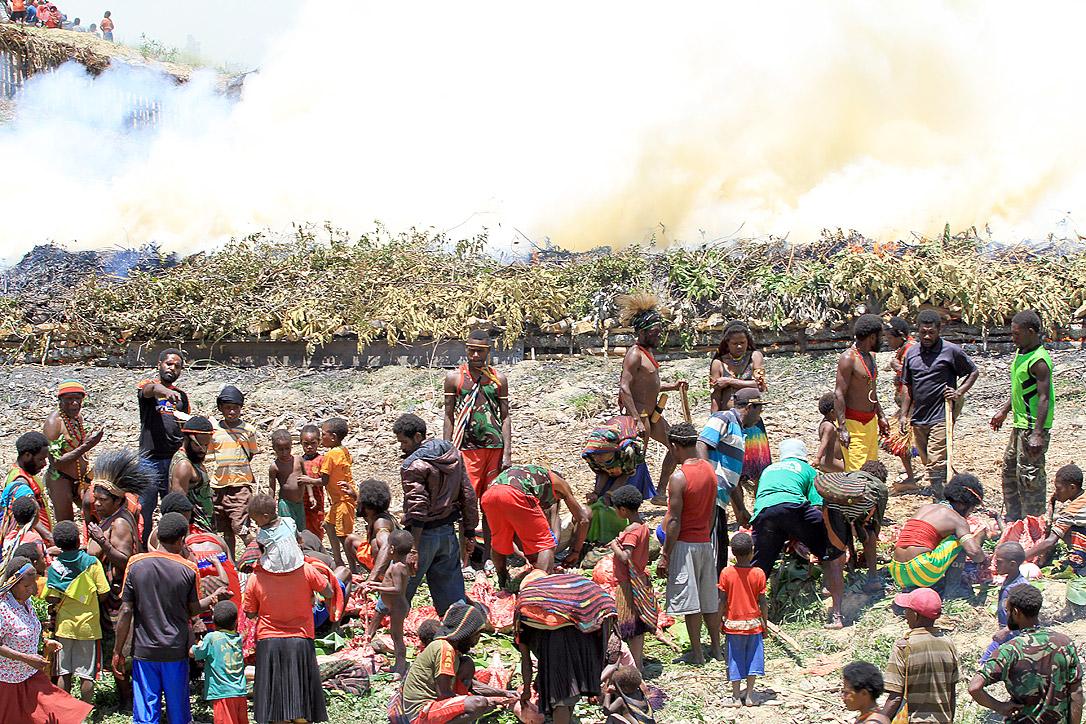 by
Department for Mission and Development

More than 40 participants, including  29 young people, took part in a four- day “Training  the Trainers” (1- 4 July) course in Papua aimed at helping to prevent the spread of HIV  in the Indonesian province  and remove  the stigma often associated with the disease.  Papua has the highest number of people living with the virus that causes AIDS in Indonesia.

The course called “Learn to be a Blessing” was organized by The Lutheran World Federation (LWF) National Committee in Indonesia (NIC), which represents the 13 Indonesian LWF member churches. It explored from a biblical perspective the intergenerational role church members should play in advocating for HIV education and prevention, as well as embracing those living with the virus. I was one of the facilitators of the course along with the NIC General Secretary Rev. Basa Hutabarat and Erlina Pardede.

During a session break,  participants were shown a documentary film and saw a young Papuan woman, who lives in a very traditional village community, describe how she got infected with the virus after a ceremony called “burning the stone,” where men are allowed to publicly select women they want to have sex with. As Mr. Sihombing of the Papua HIV Prevention Commission explained, “women are in a weak position to defend themselves from practices that are allowed as a result of a community’s traditions.” Such cultural practices, poverty and gender injustice are some of the factors that account for the high rate of HIV infections in Papua, he added.

“Learning to be a Blessing” also underlined how important it is for Indonesian churches to not only educate people about the disease but also to help eliminate the discrimination and prejudice HIV positive people face. As a result of the training session, for example, “more people will understand and be able to teach others that you can’t catch the disease through handshakes, touching or sitting next to an infected person,” said Christian Batak Protestant Church (HKPB) Pastor Rev. Bernard Siagian.

Hutabarat called for strong partnerships between the government, faith groups and civil society in order to implement “transparent and accountable programs” to halt the spread of the disease.  She also encouraged church members to start educating their children about HIV from an early age.

Fernando Sihotang is a member of the LWF National Committee in Indonesia.