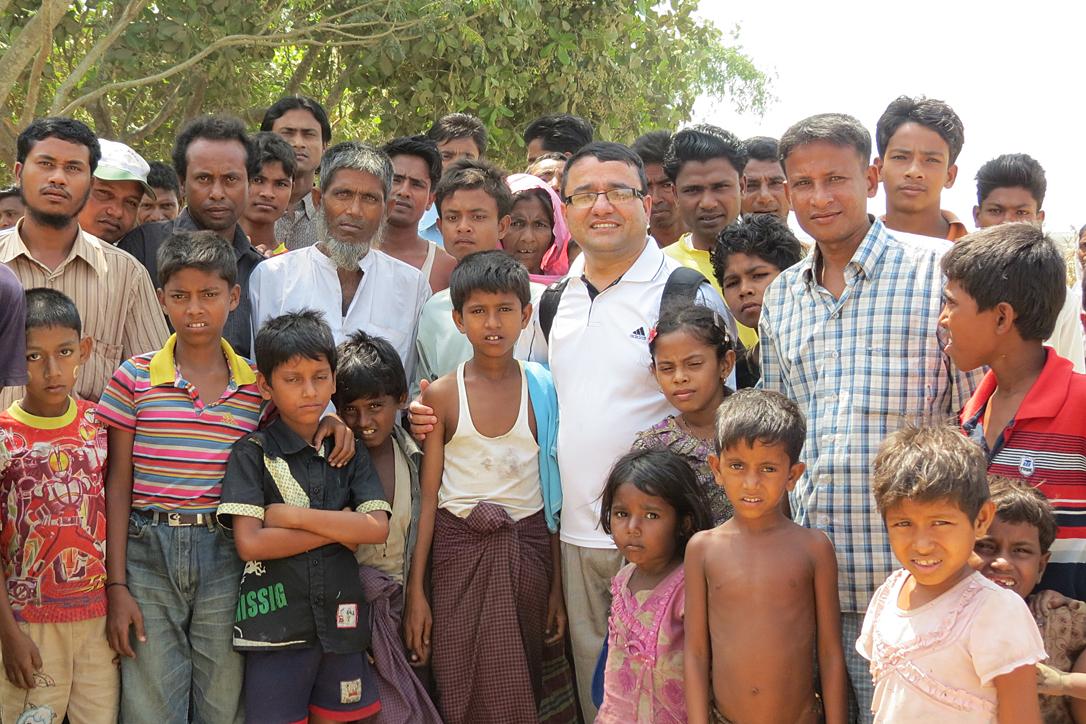 by
Department for World Service

Meet one of the 2500 Humanitarian Heroes at the forefront of the LWF’s emergency response. On World Humanitarian Day (19 August) we pay special tribute to their commitment to assist - often at great personal risk - those facing violence, displacement, hunger, and lack of basic human rights. 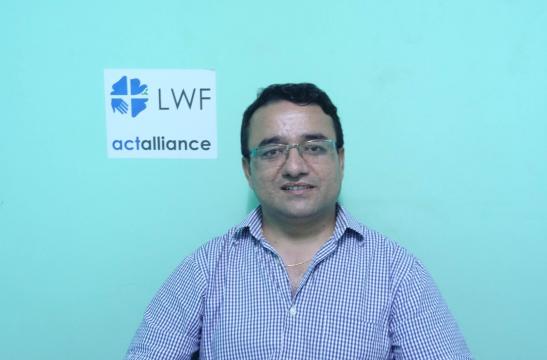 Why did you become a humanitarian worker or volunteer?

It is basically about motivation, commitment and enthusiasm to work in conflict or natural disaster affected areas.

I wanted to be a part of [the LWF’s] contribution to reducing the suffering of human beings. LWF supports vulnerable people who need relief assistance and advocacy irrespective of race, gender, religion or political conviction.

I am aware that being a humanitarian worker is not a traditional career path but it requires adapting to intensely challenging situations and managing emotional strain. That is the area in which I want to develop my personal and professional skills, knowledge and abilities.

Tell us a little bit about the work you do.

In Rakhine, I lead a team of 25 staff. I manage and coordinate participatory interventions in camp management such as distribution of humanitarian aid, access to education and community-based psycho-social support, fire safety awareness and general coordination with other actors including security forces and government institutions in IDP camps (both Muslims & Buddhist communities).

I am involved in assessing, developing and managing emergency response programs in the communities affected by conflict, which includes collaboration with other aid agencies and government departments.

In all this, I ensure strict adherence to security/safety procedures and compliance with the appropriate national and international standards.

What's the most rewarding part of your work?

What I have experienced in my work has made me more open and filled me with more commitment and compassion about what I do.

I need to be better equipped to manage and make swift and critical decisions, and lead the team in a complex political, cultural and religious setting. This includes negotiating and coordinating with government and security forces (military & police) to effectively deliver services in the camps for internally displaced persons (IDPs) in Rakhine.

I have personally understood the role of coordination and strategizing in humanitarian advocacy and policies. LWF has gained appreciation for its work from the government, donors, partners, IDPs and other conflict affected people.

What are some of the more challenging aspects of your work?

Following two outbreaks of inter-communal violence in Rakhine in June and October 2012, as many as 140,000 residents - both Muslims and Buddhists - were displaced.

A similar crisis occurred in March 2014. The latter resulted in the shrinking of humanitarian actors’ space, which created major obstacles for agencies assisting IDPs and other conflict affected people whose living standards are still below the international minimum standards.

Flooding and cyclones are constant risks for IDPs and other people in Rakhine. Limited resources, vulnerability to natural and conflict related disasters and poor preparedness to such disasters are some of the challenges in our work.

Security for aid workers and population displacements are a continuous challenge, as recurring violence could target international NGOs and UN agencies.

What is the most memorable moment you’ve experienced during your work?

The most memorable moment for me is when children are able to get the entitlements they deserve and they show their satisfaction towards the organization and workers.

For example, IDP children in Rakhine State showed their happiness after receiving student kits in October 2013. As most of them did not have enough stationery, they were being left out of school for more than a year. The student kits brought back smiles on the faces of students, teachers and parents.

Students are now more interested in coming to school to get formal education. One of the primary school students even said “I will write till no more blank pages are left in the exercise books and try very hard to be an outstanding student in the class.”

What does Humanitarianism mean to you?