Hope has entered in this world to stay 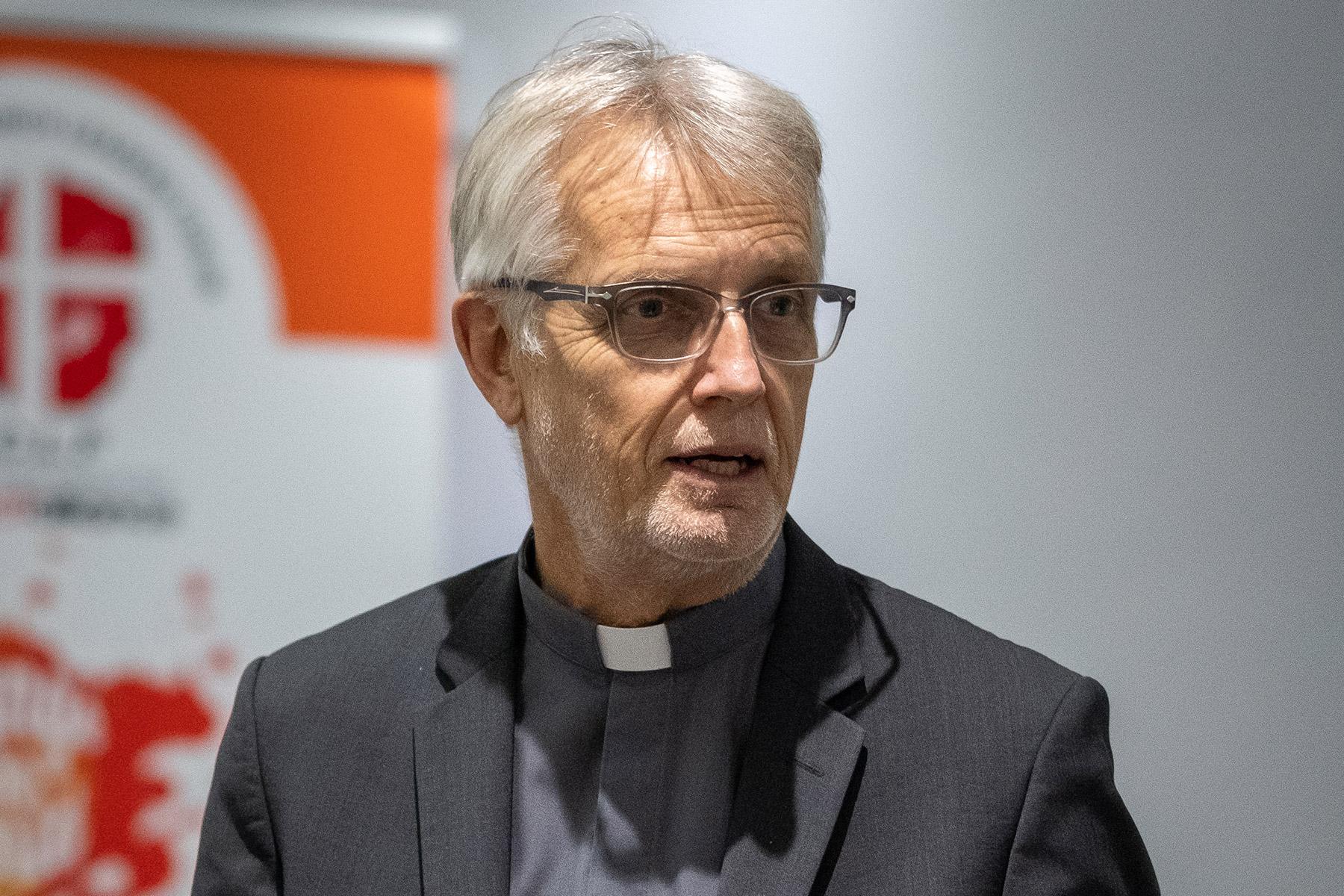 When hope seems to be proven wrong

When hope vanishes and fades away. When realities seem to contradict deep-held hopes, worse still, when they seem to gain ground. That’s a tough one, when hope seems to be proven wrong.

Is it worth holding fast to deep-held hopes, when evidence speaks such a strong opposite language. What to do with that hope, when faced with adverse realities?

I remember back in Chile, serving as a pastor, when I sat down for a conversation with an elderly woman. “I have decided not to have any hope anymore,” she said. “It is  just too painful to have it.”

Indeed, she had too many stories of disappointed hopes in her life, of broken vows, of stabs in her back. Yet: how does that work, a life without hope? Can you decide not to have hope anymore?

The dilemma and the challenges of hopes against evidence is not new. It is one of the main themes in the letters of the apostle Peter, also in today’s passage.

His words address the early Christian community that was in effervescence: because for those touched by faith in those early times, the end of the world, the coming of the Kingdom of God was imminent, just around the corner. They were all sure it would happen at any moment soon. And so, the delay in the fulfilment of promises, on the one hand, but then also the opposition and challenge they experienced as they stood by their hopes, shook the foundations of their faith. They must have wondered: ‘can we still believe in all of this?’

True, there is something which goes deeper than the spirit of that time that was bubbling over with the people’s expectations for an imminent completion of God’s promises.  Human nature has a strong tendency toward wanting to see things happening here and now. “Inmediatismo”, we call this in Spanish, an attitude that doesn’t know of times, of growth, of sowing and harvesting, but only of the present time. Often, we live, as if there was no tomorrow.

A spirituality of waiting and preparing

This is why I am always grateful for the seasons of Advent and Lent, which teach us about waiting and preparing, about not anticipating things. They nurture a spirituality that knows about a tomorrow, and waits for it. Nurturing such a spirituality, and hence such a consciousness in today’s time, could be one of the most genuine additions we may offer as people of faith during this time when humankind rallies to address climate change.

Back to Peter: unfortunately, the apostle plays a bit into that immediatism, when he – fully embracing the spirit of the time – asks the early Christians to wait “just a little longer.” I wish he had taken Jesus’ advice closer to heart: “don’t put a timeline to God,” Jesus told his disciples. “Not even I can do so,” he added. “Things will come when they have to come. God knows when, and that shall be enough for you to know.”

All the rest of Peter’s advice and admonition, however, is of great encouragement. Particularly when he powerfully links Christian hope to Christ himself, to his death and resurrection. In doing so, Peter connects the early community of Christians, but surely also our generation today, to the very source of our hope, aligning their experiences —our experiences—with the life and ministry of Jesus.

The cross of Christ as an attempt to eradicate hope

In the journey of Jesus, the cross of Christ represents the rebellion of humankind to God’s justice, as it surfaced in Jesus’ ministry on earth. Or, maybe I should be more nuanced in what I say: it represents the rebellion of all those who could not see what they had gained for their lives by receiving God’s justice, but saw only what they had to lose for the sake of their own lives: notably their privileges. Religious, political, gender-based and ethnic-based privilege.

The cross, therefore, represents the last attempt of those with power to still eradicate from earth the hope in what God is making new. “Wipe it out, don’t let it take root among us,” was the rationale behind the torture and killing of Jesus at the cross, stating a harsh example to everyone on earth to simply forget all he brought to humankind. “Push it out of the world.”

Christian hope, instead, entered the world and stays in it. That is why it became so challenging to those in power. It became rooted in our world in the manger of Bethlehem and took hold of lives, people, communities, up to this very day. Not even the last-minute attempt to push it out by crucifying Christ worked out. This is why Peter speaks powerfully of Christ’s resurrection, thereby reminding Christians of then and today that our hope is not wishful thinking, naïve optimism, but serious business, sealed and confirmed by Jesus’ death and resurrection. Hope found a place on earth to unfold. It is  not a dream, it is a seed already planted and sprouting.

What is the future of the church?

As I reflect today about this admonishment by Peter, I take great courage from it. I don’t know what you think, colleagues and friends, but goodness my, what are these times all about? We seem to be going back in so many aspects. I remember discussions with the United Nations on the Beijing+20 commemoration, and their advice: do not push for anything new, just hold the ground! What has happened to the dynamism of the Paris agreement? Will “Human Rights” be a footnote in history books, 20 years from now?

Where is the significant breakthrough ecumenically? Are we too accommodating to the reality of our brokenness? Where is the church going? Will her message amplify God’s liberating grace, or will she be swallowed by the current meltdown that focuses so much on the “but”: “oh yes, God loves all, but…” Will she be the guardian of traditions only, or will she also seek to become the midwife of all that God is about to do?  Will it be a church focused on her past, or a church aware of its past, yet pressing toward the future, and therefore with a burning hope?

Invited to be part of God’s story

And here we are again, back to the main theme of the apostle’s letter: hope.

There is this one moment narrated in the Gospels, when Jesus, after revealing to the disciples that his journey would entail suffering and death, told them that they were free to return to their boats at the shores of the lake. “Where shall we go after this?” was Peter’s horrified response. “There is no back to normal, there is no way to forget what you came to bring to us, there is no way to resume a life that could probably be safer, much quieter, but otherwise so poor, because it would be a life without tomorrow.” That is what he said then, and this is why he writes as he does, and encourages us as he does today.

Colleagues and friends: let us start this week of work, knowing that we are part of that uninterrupted story of transformation and hope, of which we do not know when it will end, but of which we know exactly how it will end. In whatever we do and say, let us not become responsive to the hopelessness that might be around us—we would only amplify it. Instead, let us be strong in announcing and expressing all that has entered into our world and continues to unfold through Christ. Let us offer words and signs of hope, and add our own chapter to a story, which is not ours, but God’s. Hope shall be the driver of our work and our witness as ecumenical organizations.

Let us offer words and signs of hope, and add our own chapter to a story, which is not ours, but God’s. Hope shall be the driver of our work and our witness as ecumenical organizations.

So, back to the beginning of my reflection: what do we do when it gets tough?  What Peter suggests: read the present times from the end. Assess history and developments not only from what they are today, but let them stand in light of how things will be at the end. Because of what God has done and continues to do. And, because of what God will eventually do. Knowing this, we are called to a life with hope. It cannot be pushed out of the world. We cannot switch it off like a lamp anyway. It has taken roots among us like a strong tree. Maybe it is like a mustard tree, with its little, tiny seed, and its amazing robust presence in God’s garden. Amen.

Rev. Dr Martin Junge is the General Secretary of the Lutheran World Federation.

Author
Rev. Dr Martin Junge
Disclaimer: The views expressed in this blog are those of the author, and not necessarily representative of Lutheran World Federation policy.
Themes:
Unity Theology
Program:
Ecumenical Relations Theology for Transformation

Walking together towards the manger
blog
test blog