Half of humanity activating its rights 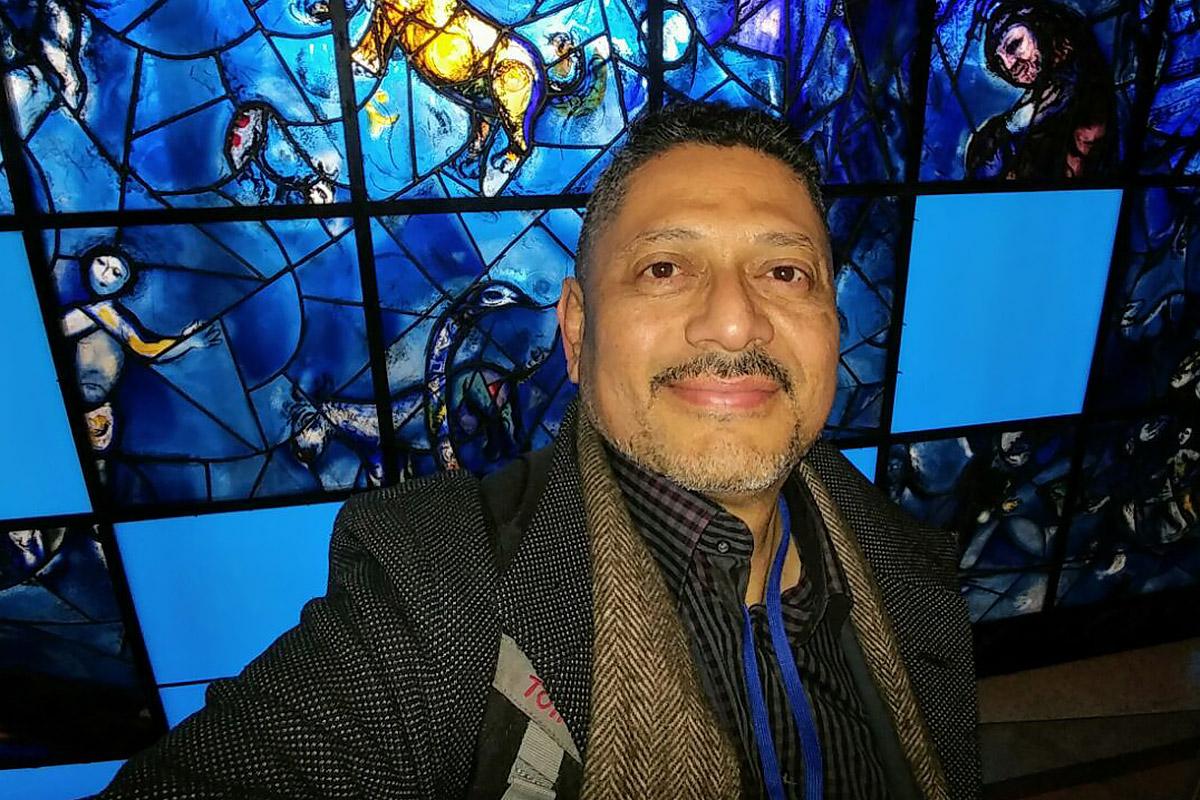 The people that walked in darkness have seen a great light: Larry Madrigal stands in front of the stained glass mural that inspired his mother at the 1994 CSW. Photo: L Madrigal

The United Nations is a metaphor for the world in all its diversity, complexity and contradiction.

Thousands of women and hundreds of men from the remotest corners of the world are participating in the 62nd Commission on the Status of Women (CSW62), speaking different languages, marking their agendas and moving quickly to address urgent national gender issues. It is shocking to know that these issues still require more patience and diplomacy.

I feel impacted by this experience. The crowds remind me that it is not a fad, it is half of humanity activating its rights. It is easy to stay on the surface of fatigue or the overwhelming noise of microphones and corridors. But by stopping a little and observing carefully, the noise becomes a report, the corridors result in networks, and many faces become friendly people with whom we can push the sustainable development objectives.

Many alliances are promoting a consensual agenda to ensure that rural women and girls enjoy the full exercise of their rights.

In 2018, we live with contradictions: there are those who want to go back and classify the great advances that have saved millions of women's lives around the world as malignant, and those who celebrate this and abound with renewed strength. This requires a mystique that surpasses blockages, difficulties and diplomacy, a deep sense and faith in humanity. It is good to know that the delegation of the LWF has a good reserve of that mystique.

My mother participated in the United Nations in the 38th session of CSW, held from March 7 to 18, 1994. They were times of hope after the peace accords in El Salvador. One of the things that caught her attention was the stained glass by Marc Chagall, a powerful celestial blue background inspired by the text of Isaiah 9: 1-7: "The people that walked in darkness have seen a great light.”

It also shows the struggle for peace with several central female images. My mother decided to take a photo in front of the stained glass window.

Today, when entering the lobby of the main building, my view was immediately captured by the stained glass window, a bit hidden next to the elevators. I decided to take a photo in homage to one of the fundamental women of my commitment to pro-feminist masculinities.

In the midst of the careers of so many people walking to different panels, meetings and conferences, it is good to remember the women who made - and make - these sessions possible. That has been my best experience.

As people of faith, we must work for women’s empowerment
blog
tttt
test blog