Growing in confidence as agents of change 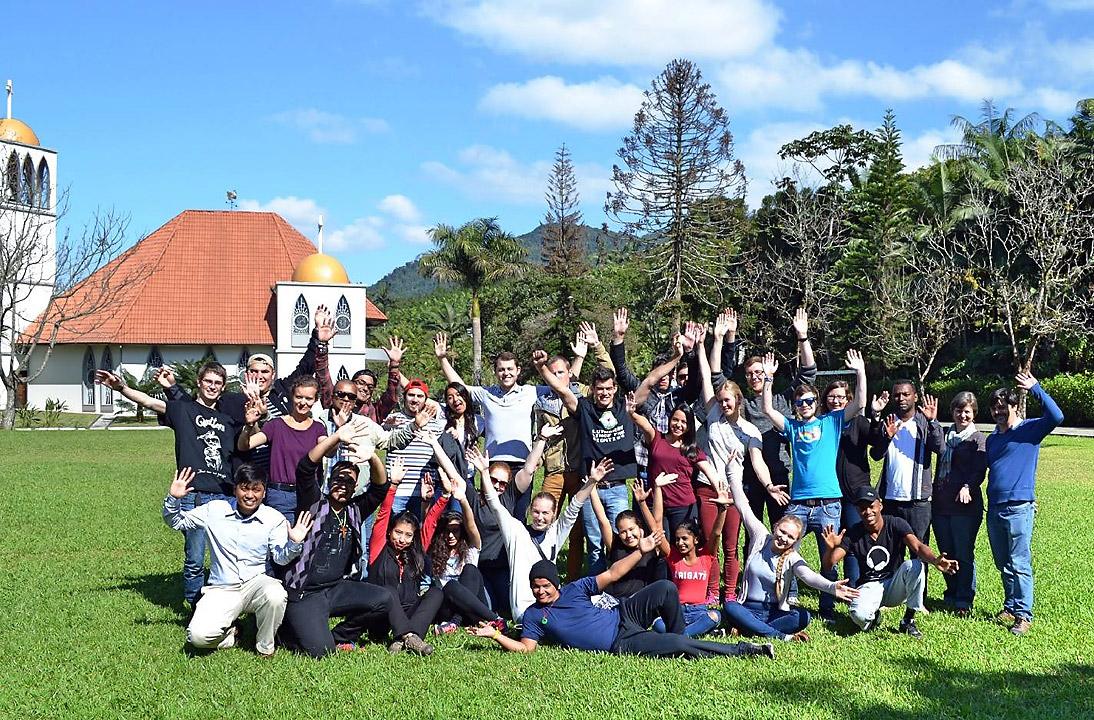 During the 23rd IECLB Youth Congress, Young Reformers from LWF member churches in the LAC and other regions exchanged information on the

A Young Reformer from Colombia shares the enthusiasm of youth who are implementing “Living Reformation” projects in Latin America and Caribbean region.

Between 21 and 29 July 2016, Young Reformers from the Latin American and Caribbean chapters of the LWF Global Young Reformers Network, together with representatives from other regions, had the opportunity to get together at two well-attended events in Brazil.

The first event, held in the city of Rodeio, was an international gathering of members from the Latin American and Caribbean region, under the heading of “Ser sal y luz para el mundo” (“Be the salt of the earth and the light of the world”), while the second event was held under the auspices of the 23rd National Youth Congress of the Evangelical Church of the Lutheran Confession in Brazil.

One of the most important aims of these events was to share and provide feedback on the Living Reformation projects organized by 22 youth representatives from different countries. They had been working on the projects throughout the past 12 months, after receiving training from The Lutheran World Federation in project planning and implementation during the Global Young Reformers workshop held in Wittenberg, Germany, in June 2015. These projects have become a core part of LWF member churches’ youth work throughout the world.

The ideas underpinning the projects had been developed by analysing and identifying the varying contexts and realities in different countries. Although the young people felt unease when they realized the magnitude of the responsibility they were taking on in their communities and countries, they were also delighted to be able to put forward practical and effective solutions to various problems that affect them and their communities.

From initial insecurity to agents of change

The sharing of projects during the two meetings reflected how leadership of the Global Young Reformers Network had evolved: from initial insecurity and a lack of assertive discourse, to a group of young people who are confident and active agents of change who made remarkable presentations on theological, political, ecumenical and environmental issues. The gatherings also provided an insight into how young people across the world work within their church ministries, what motivates them, and how they prepare to live the Reformation. Above all, the gatherings facilitated the exchange of information to support various youth projects and activities.

There is no doubt that such initiatives develop the leadership skills and capacity of young people, fostering able protagonists who share innovative narratives that enable them to live out their faith in meaningful ways.

“Although the young people felt unease when they realized the magnitude of the responsibility they were taking on in their communities and countries, they were also delighted to be able to put forward practical and effective solutions to various problems that affect them and their communities.”

The projects shared included ¡Refórmate! Recicla, Reduce y Reutiliza (Reform yourself! Recycle, Reduce and Re-Use), a project implemented by the Lutheran Church in Chile (ILCH) to raise awareness about God’s creation and to forge a link between faith and nature. ArteCreativa (Creative arts), a project by the Guatemala Lutheran Church, seeks to tap into the historical memory through art, and Cuidando Lo Creado, Un Biogás En La Ciudad (Protecting Creation: biogas in the city), run by the Evangelical Church of the River Plate (IECLB) in Argentina, recycles organic matter, as part of efforts to protect the environment. At the Evangelical Church of the Lutheran Confession in Brazil the Juventudes Y Diaconía: Libres Para Transformar El Mundo (Youth and Diakonia: Free To Transform the World) provides skills and training to young people to take the lead in promoting diaconal work throughout the church.

And, last but not least, the Con La Cartilla De Talleres sobre Identidad Luterana para jóvenes (a series of workshops on Lutheran identity) by the Evangelical Lutheran Church of Colombia aims to shape and strengthen young people’s Lutheran identity, using various topics, approaches, practical activities and experiences, all linked to the sub themes of the LWF Twelfth Assembly, which state that salvation, creation and human beings are not for sale.

After the Young Reformers’ gatherings came to a close, the young participants returned home with renewed enthusiasm and a proactive attitude, ready to find solutions to the problems facing their churches, share what they had learned, finalize their projects and bear witness to the grace of God.

Young Reformer Marian Andrea Coy Contreras is the National Coordinator of the youth mission network of the Evangelical Lutheran Church of Colombia.