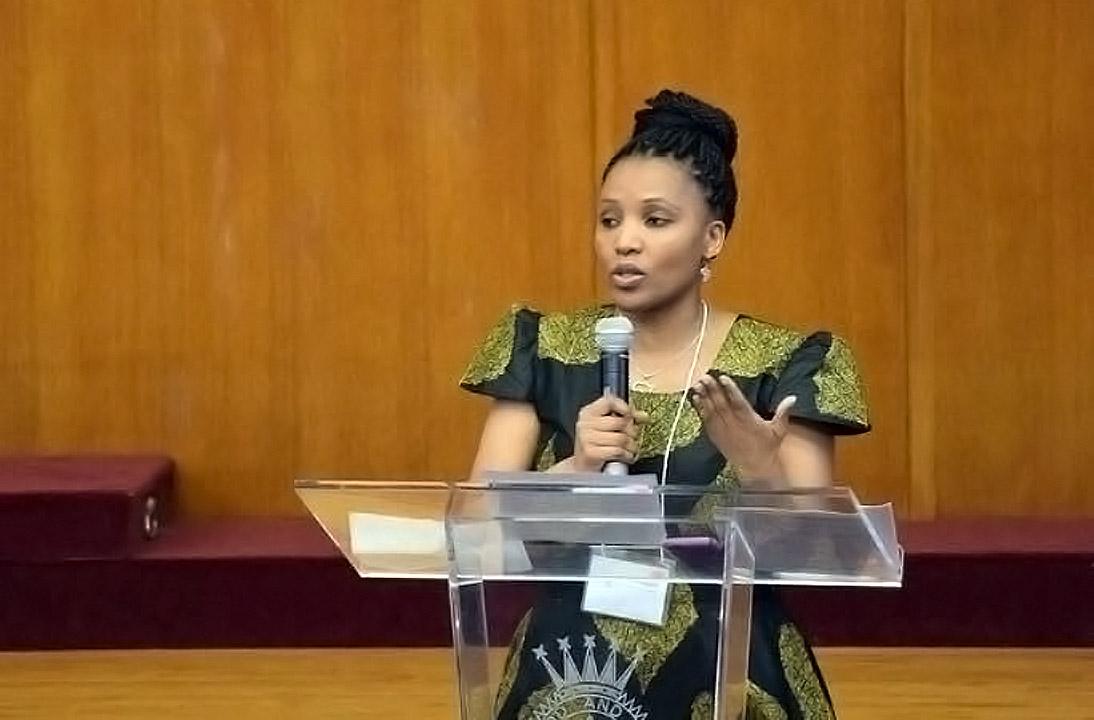 Our churches must be role models for gender justice, says Christine Mangale of the Lutheran office at the UN headquarters

Christine Mangale from the Lutheran office at the UN headquarters in New York analyses the role of faith-based organizations in ensuring women’s inclusion and participation in sustainable development.

The United Nations Commission on the Status of Women (CSW) recently concluded its 60th session in New York, by adopting a set of recommendations and calls for action to empower and include women and girls in national development policies. While the Agreed Conclusions of the conference are directed at states and governments, civil society including faith-based organizations, is expected to monitor and support these commitments.

The CSW invites faith-based organizations among other relevant actors to support women’s empowerment, their participation and leadership at all levels of decision making. This is important for The Lutheran World Federation (LWF), which has a long history of engagement and commitment for women’s inclusion in church and society.

At leadership levels, our churches must be role models for gender justice and lead by example in their commitment to dismantle structures that exclude women and girls from full and equal participation at all levels of church life and society.

No country has fully achieved gender equality, the document notes, and warns that denying women their rights will not lead to sustainable development. They must have equal access to quality education at all levels, economic and productive resources, equal opportunities for employment, decent work and equal pay for equal work. In this regard, the document calls our attention to the unfinished business still beleaguering many churches within our global Lutheran communion. We know that not all women have the opportunity for leadership roles within their churches, which challenge injustice in proclaiming the gospel and in their advocacy work. We must recognize that an advocate of justice must first and foremost be a dispenser of justice. Therefore, the 145 LWF member churches are called to examine their own organizations for structural tendencies that still limit the capacity and participation of women, and demonstrate seriousness in embracing the challenge to transform them.

The CSW outcome document insists that achieving gender equality is a collective responsibility and not a prerogative for women alone. Men and boys are urged to take part in eliminating “attitudes and social norms by which women and girls are regarded as subordinate” to them. The text recognizes that men and boys play an invaluable role in combating violence against women and girls, including sexual and gender-based violence. This call has a major implication for faith leaders in our communion, a majority of who are male. They must openly condemn all forms of violence against women and girls and address the societal norms and harmful practices that perpetuate stereotypes that fuel discrimination against women. At leadership levels, our churches must be role models for gender justice and lead by example in their commitment to dismantle structures that exclude women and girls from full and equal participation at all levels of church life and society.

Women and girls are disproportionately affected by conflict and other crises including climate change, the UN Commission noted. It urged the responsible actors to develop plans, strategies and responses for “emergency, recovery, reconstruction, conflict resolution and peace-building processes” that take into account women’s rights and specific needs.

The outcome document underlines that the milestones set by world leaders in September 2015 to eradicate poverty and ensure sustainable development over the next 15 years (known as the 2030 agenda) require the equal contribution and participation of women and girls.

Like other faith-based and civil society organizations, the LWF is tasked to ensure a “gender-responsive implementation of the 2030 agenda” in order to eradicate poverty and live in peaceful societies.

“Women’s empowerment and its link to sustainable development” was the theme of the March 2016 Commission meeting.

The Lutheran Office for World Community welcomed 36 delegates to the 2016 Commission on the Status of Women, including representatives of LWF member churches in Brazil, the Democratic Republic of the Congo, Indonesia, Madagascar, Malawi, Malaysia, Mexico, Swaziland, Switzerland, and the United States.

Christine Mangale is program coordinator at the Lutheran Office for World Community, which represents the human rights-related advocacy work of the LWF and the Evangelical Lutheran Church in America at the UN headquarters in New York.

Masculinity and the ministry of encouragement
blog