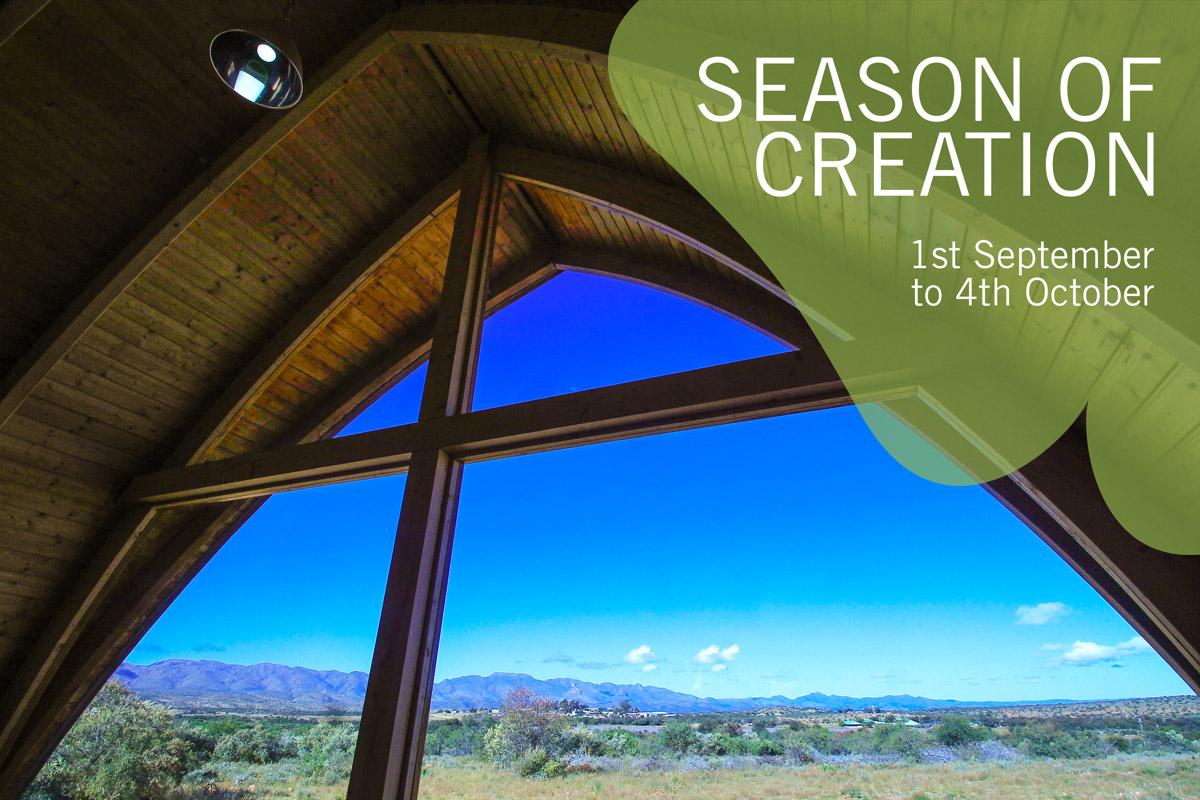 He is the image of the invisible God, the firstborn of all creation; for in him all things in heaven and on earth were created, things visible and invisible, whether thrones or dominions or rulers or powers—all things have been created through him and for him. He himself is before all things, and in him all things hold together. He is the head of the body, the church; he is the beginning, the firstborn from the dead, so that he might come to have first place in everything. For in him all the fullness of God was pleased to dwell, and through him God was pleased to reconcile to himself all things, whether on earth or in heaven, by making peace through the blood of his cross.

Christ and all creation are intimately connected. The hymn in Colossians affirms the close relationship between the invisible and the visible, between heaven and earth, between Christ and all creation. In this way, it claims that Christ is the origin of the deep interrelatedness in the cosmos. Christ is the beginning of all things, the firstborn of all creation. This deep connection is not just a fuzzy harmless feeling of “all belongs together.” The hymn is a prophetic theological intervention, challenging the usual christological narratives and questioning influential cosmologies.

Much of the christology that we hear starts with the fall, the devastation that emerged from human sin. The standard christological narrative is that Christ has come into the world to put right what humans have done wrong. The hymn in Colossians tells us that this narrative is far too narrow and far too anthropocentric. Christ did not come after the fact to redeem the world from human sinfulness. Christology does not start with incarnation, but begins before creation. Christ was there before all things, before creation, before the fall. Grace is not just God’s response but actually God’s first word.

The hymn in Colossians challenges the usual dichotomies and dualisms that shape our cosmologies. It puts the thrones, dominions, rulers or powers of this world into perspective. Since Christ is the origin of all things, no one can claim any privilege. The hierarchical orders and segregation that are established in this world are revealed as illusionary.

The theological tradition has spent enormous energy to define “the orders of creation.” Colossians invites us critically to review this. The hegemonic structures in this world have harmed people’s lives. This is not only a moral problem, but also a theological problem, as it contradicts God’s intention for this world. There is no dominion of male over female, of human beings over other creatures. In Christ, all things hold together.

As we struggle today with the many aspects of the ecological crisis there is a need to look at the effects of the disenchantment of nature. Certain theological concepts and scientific rationality have “liberated” human perception from any sense of spiritual power in nature and any sense of sacredness. Human beings have given themselves permission to instrumentalize, use and abuse nature as they wish.

The hymn in Colossians calls us to rethink how we relate to creation in order to take seriously Christ’s original relationship to creation. It means to appreciate the grace present in creation through Christ. We are called to develop a spirituality of peace and reconciliation that includes all creation. God’s longing for deep relationship and communion, for peace and reconciliation has been there in creation from the beginning. Through Christ, we are called to be in communion with the whole creation.

Augustine said that we were all born into the world of ‘common grace’. Common does not mean low or moderate; it means available to everyone. By common grace the early church thinkers meant the grace into which everyone is born. Before one is baptized, or even if one never is, such grace meets one in God’s creation. There is a common grace in the pear tree that blooms and blushes. There is common grace in the sea (that massive cleanliness which we are proceeding to corrupt), in the fact that there was, before we laid hands on it, clean air. Our task is to appreciate that grace.

Author
Rev. Dr Simone Sinn
Disclaimer: The views expressed in this blog are those of the author, and not necessarily representative of Lutheran World Federation policy.
Themes:
Theology Climate
Program:
Theology for Transformation Climate Justice Ecotheology [Department for Theology and Public Witness]
Series:
Season of Creation

Celebrating the Season of Creation
blog

The Joys of Creation
blog

Revealing the Children of God
blog